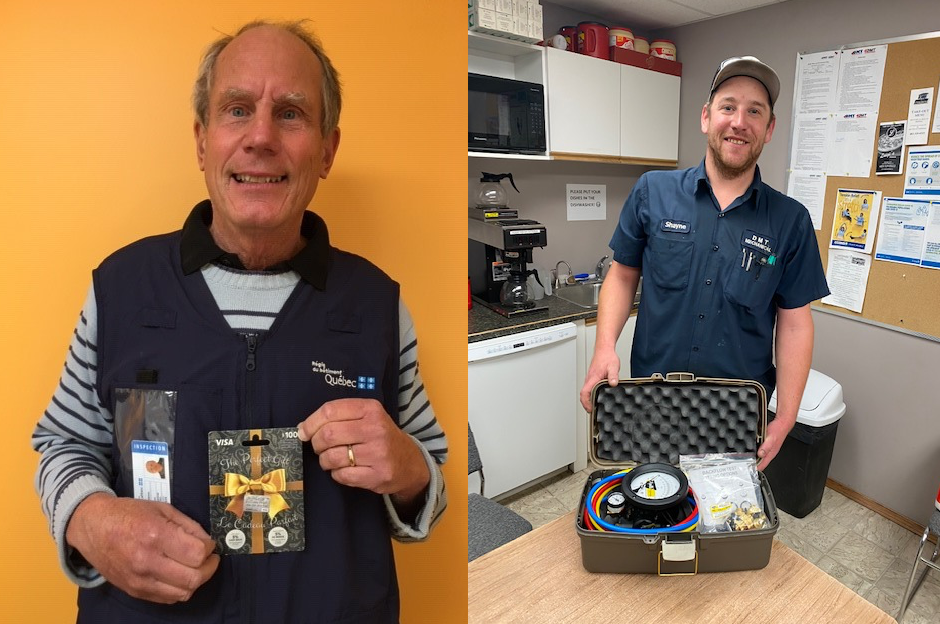 Cochrane, Alta—In what might be one of the most quintessential contests of 2020, the Western Canada Section AWWA has released the winners of their annual Bad and Ugly Cross Connection Photo Contest.

The contest allows plumbers to share some of the worst cross connections they come across in the field. To enter, plumbers submit a photo and brief explanation of the assessment and recommendation of the jobsite.

“Our water industry representatives, inspectors, plumbers, and testers all share a responsibility to protect our water supplies,” said Danny Wilson, WCS AWWA CCC Committee member. “Cross connections do exist and are the potential to contaminate or pollute our potable water.  Let’s do our best to find and correct these cross connections before the damage is done.  We are looking forward to another year of “bad and ugly” photo submissions in 2021.”

For the 2020 contest year, two winners were selected amongst those submitted. Shayne Makin of DMT Mechanical in Lethbridge, Alberta, and Jean Lalanne, an inspector for the Régie du bâtiment du Québec, which is the building board in Québec, were this year’s winners. 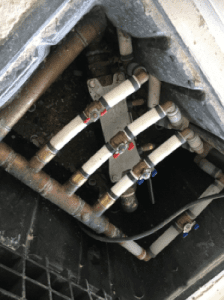 Jean Lalanne, an inspector for the Régie du bâtiment du Québec, was one of this year’s winners.

Lalanne received a gift certificate from the backflow manufacture representatives on the WCSAWWA CCC Committee but decided to give the amount to the United Way for the diabetes foundation.

The cross connection that won him the prize was found in a new, three-storey, twelve-dwellings building. The owner and general contractor didn’t want the water main in one of the dwellings, therefore the plumber decided to conceal the main water stop valve, premise isolation DCVA backflow, and four risers stop valves in the same pit (in the hallway and under the stairway). The end result was that the risers stop valve blocked access to the DCVA and water main stop valve. The DCVA was then tilted sideways to allow for more room for the riser valves.

The plumbing contractor talked with Lalanne and admitted it was a bad install, reports WCSAWWA. The setup was ultimately redone in a blown wall under the stairway with an access panel. 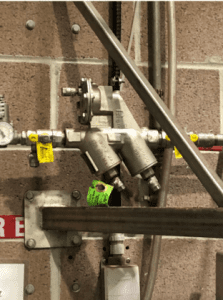 Shayne Makin received a new pressure differential gauge from Apollo Valves. “Was testing backflows throughout the building and noticed that the RP was installed upside down. Notified the client that the backflow was installed wrong. Let them know that it was an automatic fail and that it needed to be turned, tested, and repaired or replaced depending on how it tested. The client had us replace the backflow on the line, installed a new backflow device and corrected the issue,” explained Makin.

The photo contest is held to help increase the awareness of cross connections and to educate water quality industry representatives in the field, reports WCSAWWA. Prizes were donated by backflow manufacturers, Conbraco, Watts, and Zurn.