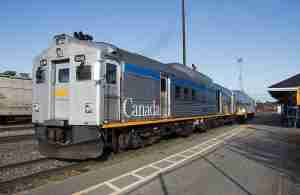 The Canadian economy is starting to feel the effects from the rail and infrastructure blockage due to a group protesting the B.C. pipeline. Various associations across Canada, including the Canadian Institute of Plumbing & Heating (CIPH), have penned a letter to Prime Minister Justin Trudeau asking him to resolve the conflict quickly.

“We call on your government to work urgently with the provinces and territories, Indigenous leaders and law enforcement authorities to bring an end to the ongoing disruptions and restore normal services without further delay.”

“In addition to denying access to public transportation for tens of thousands of Canadians, these illegal blockades inflict serious damage on the economy, leaving countless middle-class jobs at risk, many of them in industries that must get their goods, parts, and ingredients to and from market by rail. In addition to disrupting domestic and global supply chains, the blockades undermine Canada’s reputation as a dependable partner in international trade. They also threaten public safety by preventing the distribution of essential products like chlorine for water treatment and propane for heating homes, seniors’ facilities and farms.”

Each additional day the blockage continues will require three to four days for supply chains to recover, said the letter. The letter is signed by CIPH president and general manager Ralph Suppa, Dan Kelly, president and CEO at the Canadian Federation of Independent Business (CFIB) and Nathalie St-Pierre, president and CEO for the Canadian Propane Association, along with many other business association leaders.

The protests by the B.C.-based Wet’suwet’en First Nation and their supporters, including Mohawks in Ontario, have been ongoing in Ontario since the beginning of February and have stopped or disrupted rail transport across Canada.