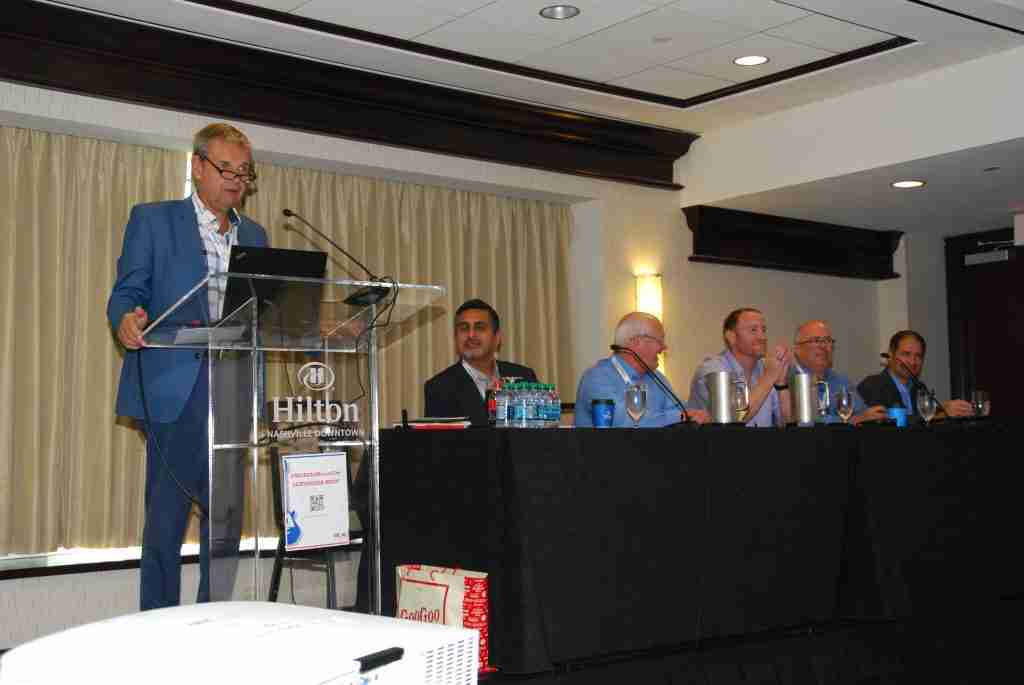 Construction challenges and new technologies were at the forefront at the Mechanical Contractors Association of Canada’s annual conference in Nashville, Tennessee Oct. 2-5.

On Thursday morning, breakfast speaker Graham Sherman, co-owner of Calgary-based Toolshed Brewery, took the 300 delegates and companions on an adventure that started when he met his future business partner as a “high-level geek” working for the military in Afghanistan to his garden shed in Calgary where he started brewing beer, to fighting the government and being mocked by his banker on the road to establishing a successful business.

The first major hurdle was learning that any new brewery in Alberta had to guarantee the production of 500,000 litres of beer per year. His micro-brewery plan wasn’t going anywhere.

“I’d quit my job to do something illegal.” A long media and internet campaign finally forced the Alberta government to remove the minimum production quota in December 2013.

But that was just the beginning. His banker thought a brewery was an “adorable” idea and wouldn’t loan money. Nor would any other bank. Through re-mortgaging homes, borrowing from friends, the partners finally raised enough money to rent a building and buy equipment – and were left with no operating capital. They resorted to selling memberships at $5,000 each with a promise of free beer for life. It wasn’t easy but they sold three in the first month, eight in the second – just enough to keep going. But it eventually worked out and the Tool Shed brand can now be found across Western Canada.

It’s about getting paid! 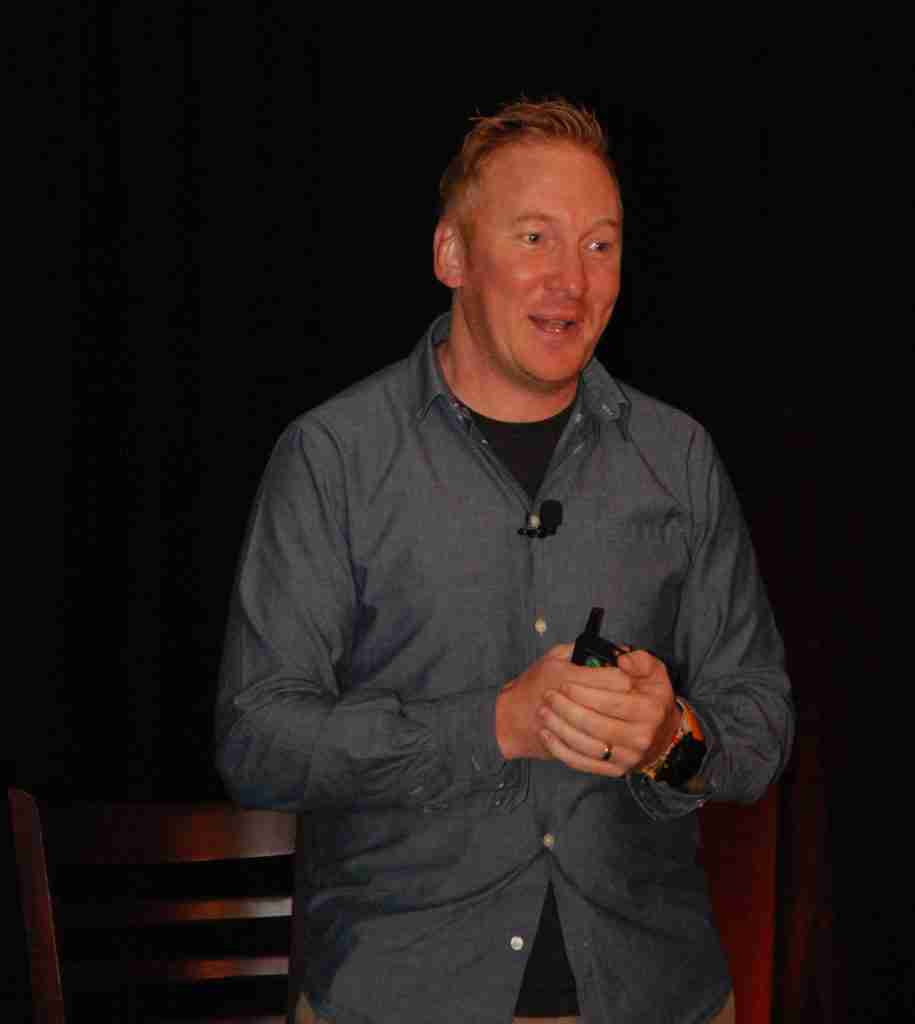 Graham Sherman told a wild tale of his experiences in starting a brewery.

If building a brewery was difficult, it pales compared to some of the issues voiced by mechanical contractors at the Contractor Challenge Panel Discussion that followed. Led by Gerry Russ of AON, he noted that slim margins and difficulties in getting paid continue to be major challenges. There are a record number of disputes – Ontario alone has been averaging $1.6 billion a year in construction liens for the past three years.

Many projects are not bonded, and even if they are the contractor may have difficulty getting the bond agreement if they need to make a claim. Russ noted that contractors need to be more diligent about obtaining documentation ahead of time rather than trying to get it when there’s a dispute. “Somewhere in the process, you have to figure out how you are going to get  paid if there’s an issue.”

Risk is being downloaded to sub-trades. Indemnification agreements are getting broader. The sub-trades’ insurance won’t cover incidents caused by the general.

Choosing the wrong design-build partner can be a disaster. Changing government regulations and procurement practices are causing difficulties. There are new foreign competitors from the UK and Spain coming into the Canadian market. And the list goes on and on.

AON has been conducting a challenges survey – Russ urged contractors to participate – to create a database to help fight some of these issues. “The more we dig, the more we dislike what we are hearing,” he added.

Or as one contractor said, “We’ve been in business 85 years, but we are always just one contract away from closing our doors.”

There are no easy solutions. MCAC has been working on these issues for years and continues to do so, participants heard. 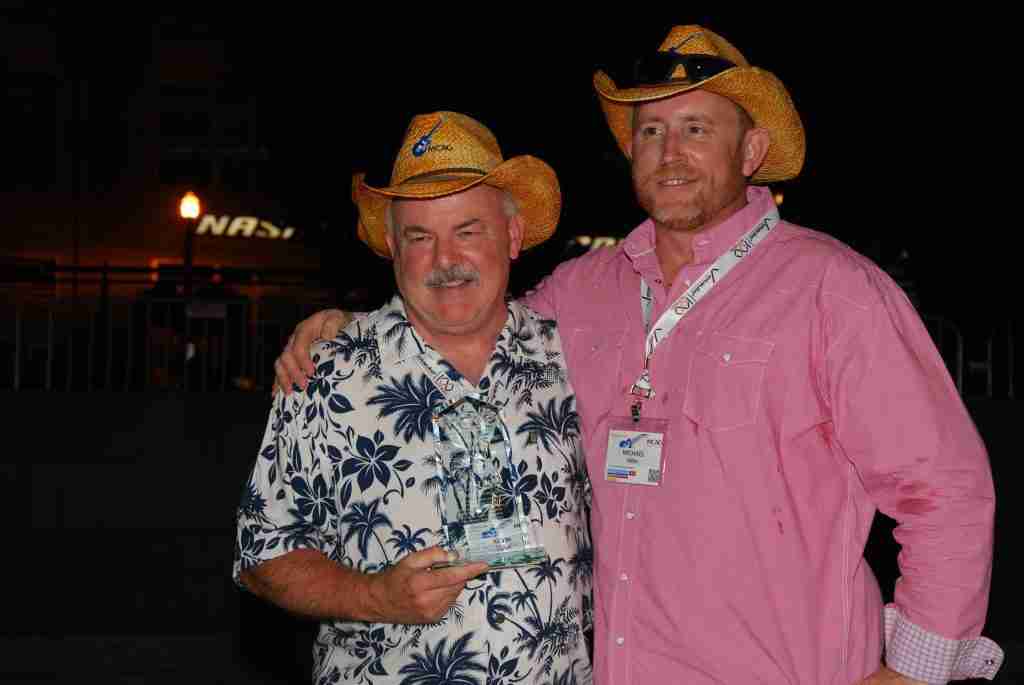 “Things have slowed down significantly,” remarked Bob Collins of BuildForce Canada as he gave his economic forecast for the non-residential sector. Much of that reflects the winding down of mega projects in some parts of the country, particularly in the West and Newfoundland. However, the industrial, commercial and institutional (ICI) sector remains steady, if not busy.

B.C. and Ontario continue to be very busy. B.C. has “a long list of projects across the board” but faces a serious manpower shortage. However, he expects the B.C. industry will pull workers from elsewhere. “You’ve seen it before; the industry gets it done.”

But one of the biggest challenges going forward is the number of highly experienced workers expected to retire in the next decade. “Many of those are supervisors and project managers – your most skilled workers.”

Every sector of the Canadian economy, not just construction, is facing the same problem, he added. And while construction as a whole will see 22 percent of its workforce retire over the next ten years, the mechanical (pipe trades and HVAC) will see only about 18 percent retire because of the industry’s training efforts. “We have been keeping an eye on what we need to do. We need to continue that,” he said.

The other challenge for contractors is adopting some of the new construction technologies like virtual reality, augmented reality and mixed reality. “We need people, but if you can’t get people, you need a better way of doing business,” Collins noted.

The United Association of Plumbers & Pipefitters Canada demonstrated some of these technologies at the event. The union is also building the UA Innovation Centre in Ottawa to train workers on them. “We want to deliver training and deliver it to everybody,” said Larry Slaney, UA director of training.

The Innovation Centre provides will also provide training to remote locations – anywhere in Canada that “you can plop a satellite dish,” he added.

The new technologies are designed to substantially improve productivity and “you will not be able to compete if you don’t have that in place,” said Slaney.

This was reinforced on Friday with several sessions and a trade show devoted to the new construction technologies.

“With really good integration of BIM (building information modelling), we will see what we can do with the schedule,” remarked Jeff Sample, “the Iron Man of IT” (eSub, San Diego, Calif.) “We cannot continue to do stick work; we have to change,” he added. He believes modelling and more pre-fabrication will be the way of the future.

In ICI construction, pre-planning with the owner, general contractor, architects and engineers will become increasingly important. “BIM will get you a seat at the table,” he added. “Saying we will figure it out in the field is the wrong answer. We must figure it out before construction.” 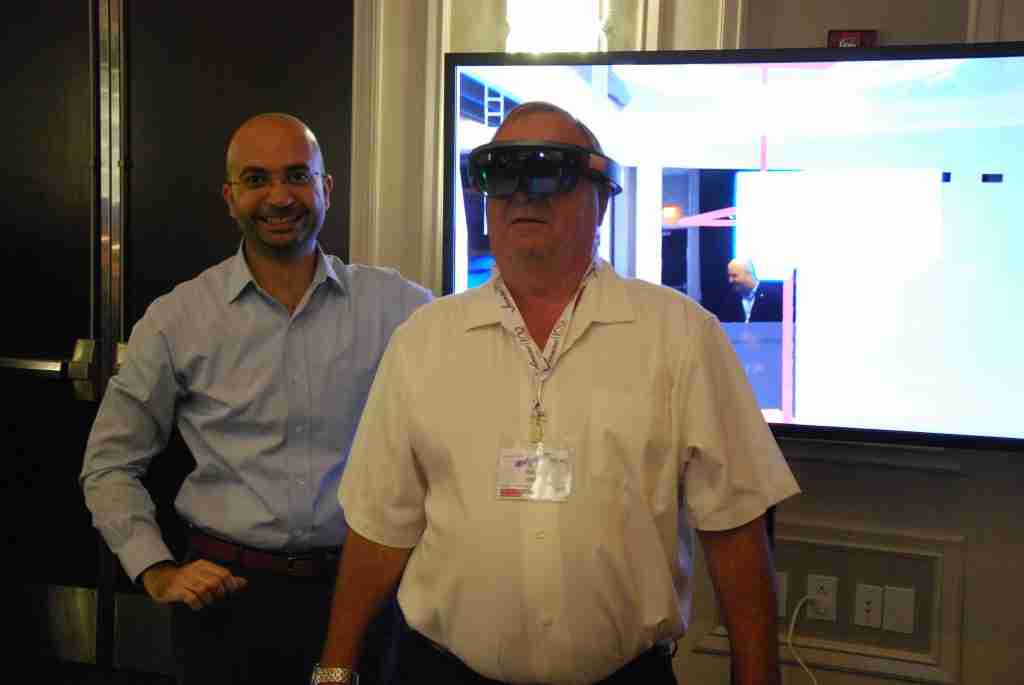 MCA-BC’s Dale Miller, right, gets a lesson in mixed reality at the UA demonstration.

He showed a video of a worker walking through the job site with a $3,500 augmented reality device that quickly inspected all mechanical systems. “The change order it saves you or the owner will pay for itself.”

However, contractors face an overwhelming array of new technology and it’s difficult to know where to start. The advice from a panel discussion on new technology is to start small, pick one thing that can benefit your business and partner with a technology company on it. That may be something as simple as dispatching or tool tracking software. “The urgency is going to be driven by your market and your competition,” remarked panellist Tim Padfield, Pad-Car Mechanical, Medicine Hat, Alta.

It is important that company leaders embrace the technology – they may lose money on the first couple of jobs because it takes time to get up to speed. “(BIM) has its pitfalls, but that doesn’t mean we stop doing it,” he added.