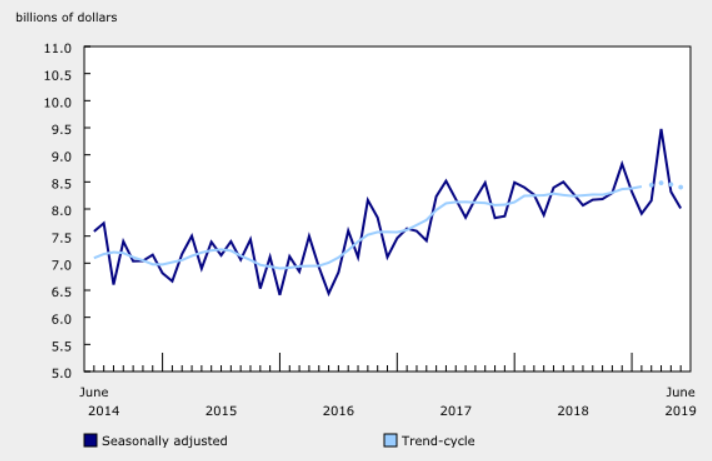 There was a slight decline in building permits by Canadian municipalities from May to June. Permits for a total of $8 billion value in construction were issued in June, a 3.7 per cent decline from the previous month. This was largely due to a decrease in the value of multi-family and institutional permits, reports Statistics Canada.

Six provinces suffered declines with Alberta accounting for over one-third of the national decrease. Nova Scotia reported the largest increase of 32.1 per cent which reflects the value of residential and commercial permits in Halifax. 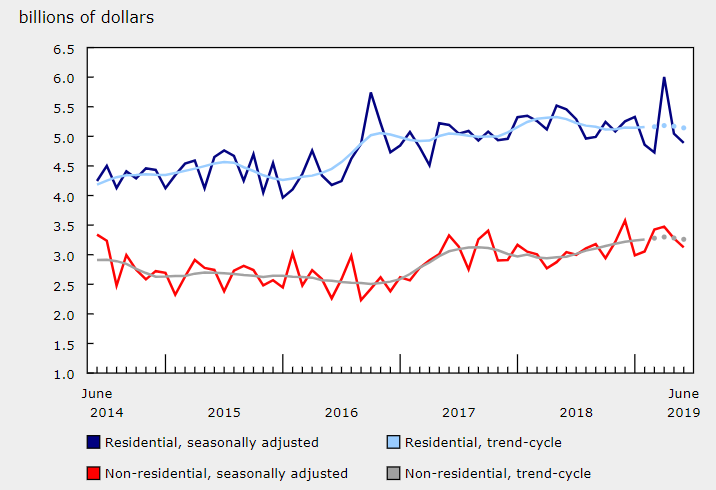 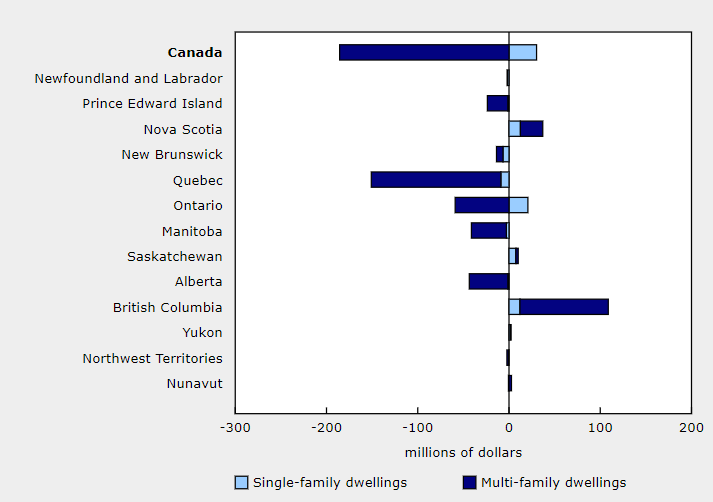 seen in British Columbia. Though the total value of industrial permits rose 1.7 per cent in June. This is due largely to a high-value permit for a food processing plant in the CMA of Calgary.

Commercial permits also decreased in June, down 1.1 per cent to $1.9 billion. This was attributed to declines in B.C. and Alberta. There was a notable increase in Quebec of $156 million driven by a permit for Medicago – a biotech company in the CMA of Quebec City.

Municipalities issued $25.8 billion of permits in the second quarter, which is up 5.8 per cent from the first quarter. On a 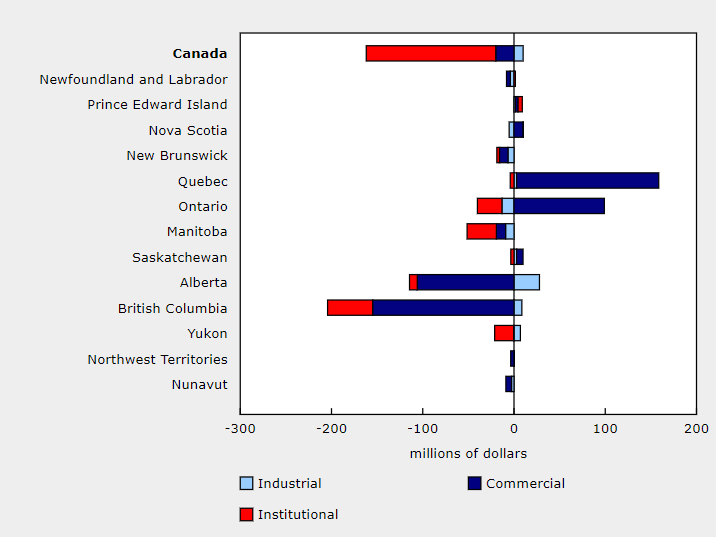 year-to-year basis, there was a one per cent decline in the value of permits in the residential sector. This was offset by increased construction intentions.