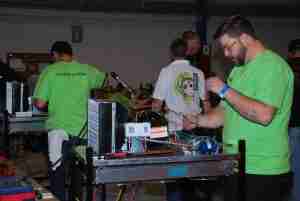 Across Canada, the skilled trades will be in the spotlight from Nov. 4-8 as part of National Skilled Trades and Technology Week.

In Ontario, a new skilled trades hub has been created on the government website where people can explore the trades and learn how to become a tradesperson. Employers and current tradespeople can also help with hiring and learn about changes to the skilled trades and apprenticeship system. The new hub can be found at ontario.ca/trades.

About one in five new jobs in Ontario over the next five years are expected to be in trades-related fields. Across the country this week, events will be hosted to raise awareness about career opportunities in the various sectors.

“There’s a problem on our horizon: Ontario is facing a shortage of workers in the skilled trades,” said Monte McNaughton, minister of labour, training and skills development. “The solution is clear. We need to let young people and their parents know that a career in the trades is exciting, fulfilling, and lucrative. These are well-paying jobs. We also need to transform our apprenticeship system to make it easier to use.”

During National Skilled Trades and Technology Week, the Ontario government will also be expanding the province’s Specialist High Skills Major program for high school students, supporting over 1,600 people in 2018-19 to prepare for jobs in the skilled trades through Ontario’s pre-apprenticeship training program, reducing journeyperson-to-apprentice ratios to 1:1 default for restricted trades, and continuing to wind down the Ontario College of Trades – eliminating the College’s annual renewal fees for apprentices, and reducing fees for journeypersons by 50 per cent.

In Alberta, the Minister of Advanced Education, Demetrios Nicolaides, issued a statement on the skilled trades dedicated week. Nicolaides said a trade license has just as much merit, value, and worth as a university degree.

“We know that skilled tradespeople, including journeypersons and Red Seal professionals, are critical to helping re-energize the Alberta Advantage as we continue to tackle our economic reality. Part of our plan includes ensuring that thousands of young Albertans have access to the post-secondary education and hands-on training needed to help meet our future labour market demands in trades and technology careers. With 20,000 skilled tradespeople expected to retire in the next five years, the need is great and the opportunities for young people are endless,” reports Nicolaides.