You are at:Home»News»CIPH holds town hall meeting as industry at a crossroads with new technologies, new players 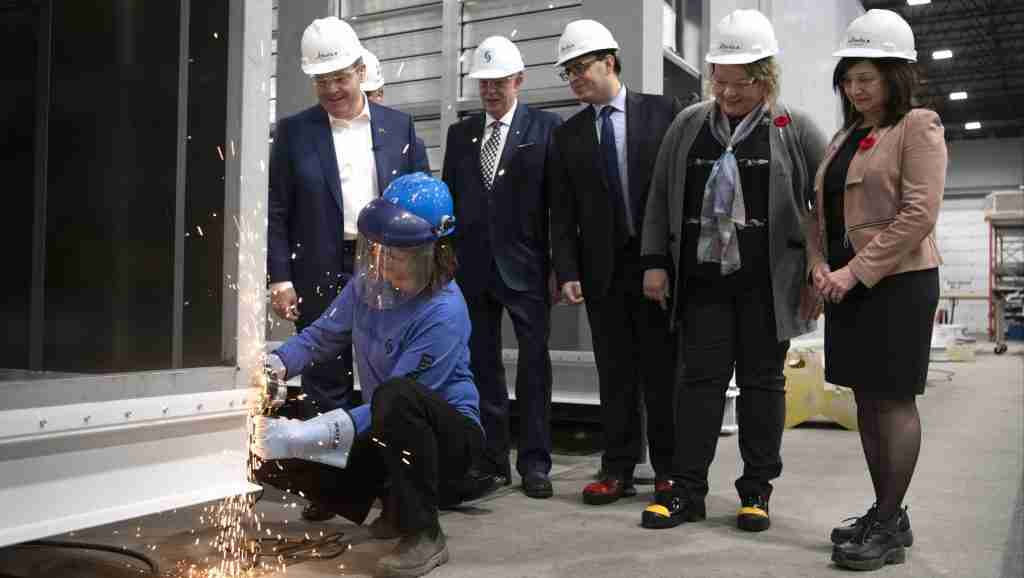 New construction technologies and new players that operate outside the traditional supply chain are bringing a rapid change to the construction environment in Canada.

A move to modular construction of rooms or entire suites is already beginning to have a dramatic effect. “What we are seeing now are high steel buildings that are being filled with plug and play modules that are being contracted offshore,” remarked Brad Cornelissen, national sales manager for OS&B, Oakville, Ont. at a town hall meeting organized by the Canadian Institute of Plumbing and Heating (CIPH) on Oct. 24 at the Mississauga Convention Centre, Mississauga, Ont.

The meeting was designed to kick off a series of critical conversations with CIPH members as the organization’s board presents its visions, objectives and strategic initiatives for the next three years. Representatives from manufacturers, wholesalers and manufacturer’s agents participated.

A 2018 survey of CIPH member companies found that 94 percent of company leaders believe we are operating in “an age of disruption” and 91 percent suggested that the industry needs to “reinvent its business before someone else does,” reported Dirk Beveridge, president and CEO of the U.S.-based Beveridge Consulting Group, via video.

There are a number of factors causing this, he added. These include non-traditional players such as Amazon entering the market, the traditional manufacturer distributor supply chain is no longer the only way to reach the market, an ageing workforce and too many businesses without succession plans.

Participants at the Town Hall were split into groups to identify issues and suggest solutions – things that CIPH member companies need to do and things that CIPH itself needs to do to prepare for the future. And to keep the conversation focused, every table was given one of four themes that are disrupting or challenging the industry:

If there was a common thread, it was that people in the industry need to keep an open mind and engage in non-traditional thinking. Managers and workers alike must be trained on new and emerging technologies. The solutions are not going to be easy. As has been said so many times in the past, the industry needs to do a better job of getting the word out about career opportunities.

Non-traditional competition in the supply chain may require that supply channel relationships be redefined.

And it’s not just the skilled trade workforce that is ageing; many people in the management level at manufacturers and distributors are approaching retirement, so succession planning in CIPH member companies is critical.

CIPH intends to hold further town hall meetings. Members present Oct. 24 suggested working with the Mechanical Contractors Association of Canada (MCAC), which CIPH partners on a number of issues, to bring contractors into the conversation.