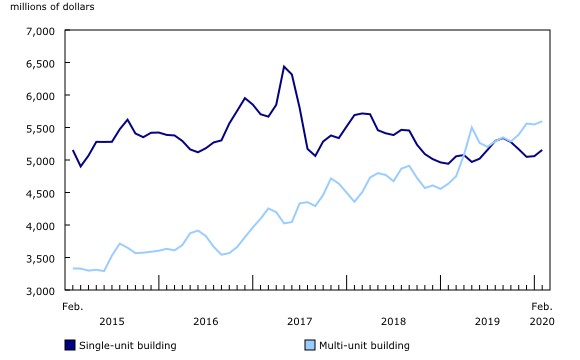 Investment in building construction increased 1.3 per cent to $15.9 billion in February, the fourth consecutive month-over-month growth. Gains were reported in all components of residential and non-residential investment.

Non-residential investment was up 1.2 per cent to $5.1 billion. Ontario and Quebec reported the largest gains, while Alberta continued to decline, down 0.7 per cent to $678.9 million.

The commercial component represented the majority of growth in the non-residential sector, up 1.5 per cent to $3 billion nationally. Ontario and Quebec, again, contributed the most to the gains, which more than offset the declines reported in six provinces. Meanwhile, investment tin construction for the industrial and institutional components also increased month over month.