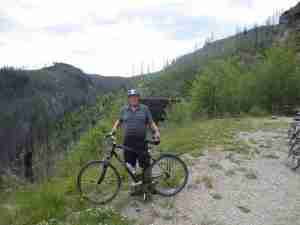 At conferences, editors still like to have a bit of fun while making sure they meet deadlines.

In 1998, Simon decided to leave a newspaper career for the plumbing and heating magazine in Toronto called Mechanical Buyer & Specifier. That magazine changed its name a few years later to Plumbing & HVAC.

Simon’s original plan was a short stay with the magazine until he found another newspaper position. Twenty-two years later, Simon has become a leading voice in the industry as a respected journalist helping his readers build their businesses. 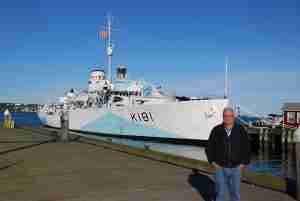 The HMCS Sackville – a World War II corvette – was defiantly a highlight of the 2015 annual conference for the Canadian Oil Heat Association (COHA) in Halifax.

When asked what Simon likes most about this industry, he said, “This is a creative industry. Our readers build things.” Over the years, Simon has interviewed countless contractors and engineers and attended many conferences and tradeshows. Some of his most cherished memories are transporting HVAC equipment in a Sikorski helicopter to a Toronto mall, horseback riding in Kananaskis, Alta., and attending a conference in beautiful Maui.

However, it all comes back to the people. One thing you will notice about every Plumbing & HVAC magazine is that he insists that we have people on our cover. “Product pictures are great, but our industry is about people building things.” 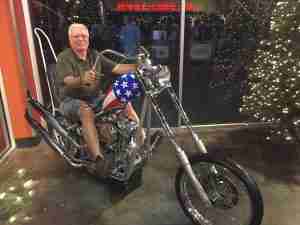 On a side visit to Orlando Harley Davidson, Simon tests out an American decked out bike.

This respect and admiration for the people in our industry has allowed Simon to connect with his readers and deliver content that matters.

Simon was presented with the President’s Award at the Heating, Refrigeration and Air Conditioning Institute of Canada’s 2019 conference and was recently recognized for his outstanding contributions to our industry by the Canadian Institute of Plumbing and Heating.

Simon, you were not only integral to Plumbing & HVAC’s success; you have impacted the whole industry with your straight-forward and honest approach to your craft. We all thank you.