You are at:Home»Feature Articles»Factory work: Staying safe in unfamiliar environments 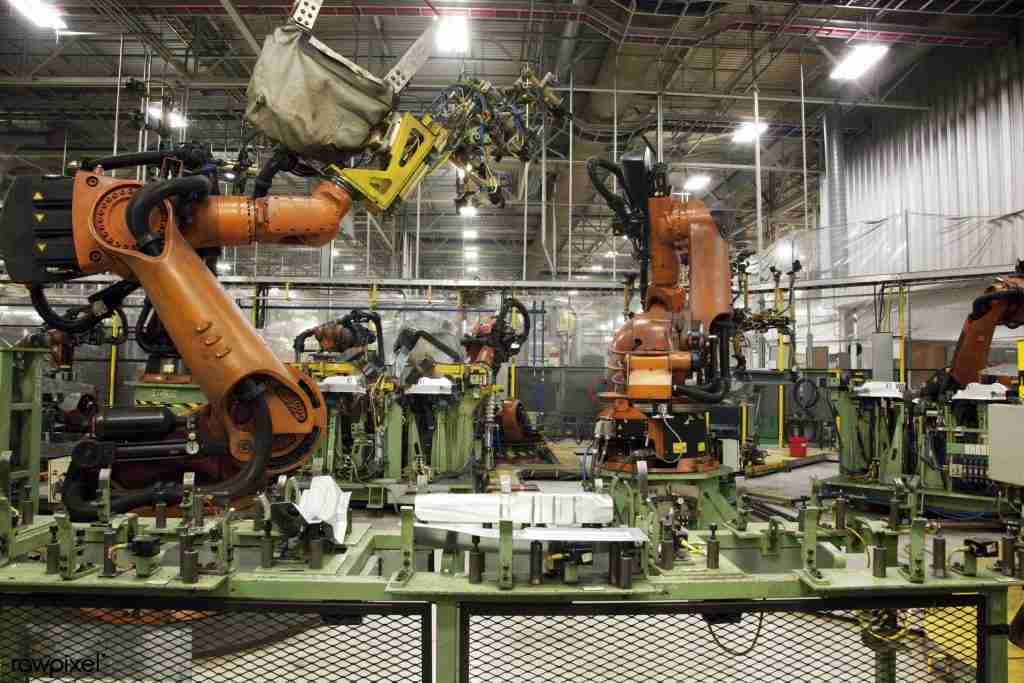 With a lot of equipment and robotics like this auto plant, an outside contractor needs to be careful when called in to make a repair.

It’s true as Joni Mitchell says, “you don’t know what you’ve got until it’s gone,” but that’s not always a bad thing.

You see, I was born downwind of the Kaufman Footwear plant in Kitchener, Ont. and didn’t realize how bad that burning rubber reeked until they closed and that place was turned into luxury condos. Now it smells great around here and I don’t miss burning rubber at all.

Likewise, there was a lot of industrial noise in the area before K-town manufacturing was replaced with insurance and tech industries. Now the noise is gone too and I don’t miss it either.

Back in the day, my hometown was home to many large factories that produced a wide variety of products. Generations of locals provided the personnel for and endured the sensory assault of, large scale rubber tire and footwear manufacturing, beer and liquor production, plastic and polymer extrusion plants, metal fabrication facilities of all kinds and many others.

My high school career counsellors once described a career in one of these factories as an “opportunity”. I never saw it that way. Apart from the terrible smells and shrieking noises I heard coming from those places, they also had terrifying nicknames like “Smith’s Finger Factory.” (Unnecessary side note – they did not make fingers there).

No, I never wanted to work in a factory, but I have done plenty of work in factories. These jobs mostly involved clearing the crystalized urine blockage immediately downstream of the urinal connection in the employee bathroom (gross), but occasionally sent me out onto the production floor where the magic happens. 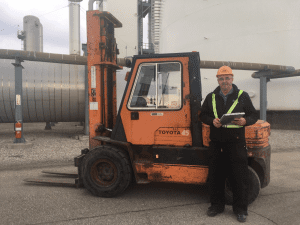 There is a big difference between working at a factory as an employee and doing work as an “outside contractor”.

Factory employees operate according to established policies and familiar patterns which are generally understood throughout the plant. Outside contractors enter this well-defined system at irregular intervals to complete specific, finite projects beyond the normal internal operations, which increases the safety risks to all concerned.

The situation becomes even more perilous when the workers are themselves employees of the outside contractor, not the company owner.

My good friend “Jeff” is a long-term factory employee in Guelph, Ontario. He reports that visiting workers at his car parts manufacturing facility are usually very young and operate in a frenzied, chaotic manner. In their haste, they create unsafe, sometimes deadly conditions for everyone. It is his opinion that the recent death of an outside contractor employee near his work-station was a direct result of this typical method of operations.

Ont. Ministry of Labour statement 297-13 declares that young workers under 25 are three times more likely to be injured in their first month on the job.

“Jeff” has been a witness to many disastrous incidents and wishes to remain anonymous, but wants it known that the impact of work-place accidents is felt by everyone in the plant. All internal employees must adapt to new policies that are created in a knee-jerk reaction to any serious incident, but the hardest part is unseen.

The emotional scars left after a tragedy are long-lasting for the people that must continue working where that tragedy occurred. Like ghost ships and haunted houses, the stories become legends over time and get told and re-told, resulting in low employee morale and a bad company reputation.

Working in an unfamiliar space

Warren Heimpel is a safety consultant that knows first-hand just how dangerous high-production facilities can be. He started training forklift operators in the early 1990’s, following two well-publicized forklift fatalities in Kitchener. He also teaches working from heights classes and it was my good fortune to meet him at one of those classes.

He has an obvious passion for this work and it shows. When asked to provide examples of work-place accidents, I was overwhelmed by the number and severity of the disasters he reported.

I read about many terrible events and put together a short but essential to-do list for outside contractors before entering a production facility. I suggest these actions be taken in addition to the mandatory safety procedures dictated by company policy and government regulations.

This list is far from comprehensive and I strongly encourage everyone to do their own research:

1) Let everyone know you are there.

You have to be OBVIOUS! Be sure you are witnessed laying out plans with the supervisor at the work site as well as pathways to and from the site.

Directly engage the operators in the immediate area with eye contact and overt gestures to be sure they see you. You don’t want to be the kink that gets ironed out as they try to streamline their operation.

2) Find out what the hidden dangers are:

General safety knowledge only gets you so far. For example, I remember the shock I felt when I learned the reason the outside wall panels were chained to the metal frame-work of the building I was working in was to allow for expansion in the event of a dust explosion. The company dealt with graphite lubricants. The warehouse stored a large volume of this highly flammable powdery material that readily became airborne at the slightest breeze.

I was there to install copper water-lines by means of soldered connections and was not informed of the potential danger until I asked.

This example shows how an outside contractor can put internal employees at risk without knowing it. The following example demonstrates how lack of awareness and communication can produce the reverse conditions.

It’s not enough to know that a facility repairs trucks. It is very important to go beyond that basic information to learn specifically that a worker is replacing an air-spring nearby and the collateral damage in the event of a blow-out may include you.

Voicing your concerns could save someone’s life. At one service call I just had to tell an over-ambitious young man how dangerous his actions were and the look on his face told me that it never occurred to him how close he came to dying on the job. Suddenly the few extra dollars he got for his life-threatening actions didn’t seem worth it anymore.

I chanced upon this eager fellow while on a service call at a factory that made felt insulation for the auto industry. It was my first visit and I was to change the overhead fresh air lines as part of a routine swap-out of the four-inch flanged piping system. This swap-out was done every six months “whether it needed it or not”.

That seemed absurd. But in reality, those pipes should have been changed every six days. They were packed rock solid and the air on the production floor was so thick with airborne felt particles, I could hardly see the floor.

From the ceiling of that manufacturing plant, I peered through the haze and saw the worker crawl through a small access door in the exhaust ductwork of a felt press. He went in to scrape away the residual material that clung to the sides and so often caused raging fires within. He was the only one small enough to get through that opening, so there was no hope of rescue in the event of an emergency.

I hope my warning helped that young man and I hope he pays it forward because there are still many areas where the light of modern safety practices needs to shine to bring old production facility policies out of the dark ages.

In the words of Benjamin Franklin… “Nothing will change until those unaffected by an event are as concerned as those that are.”