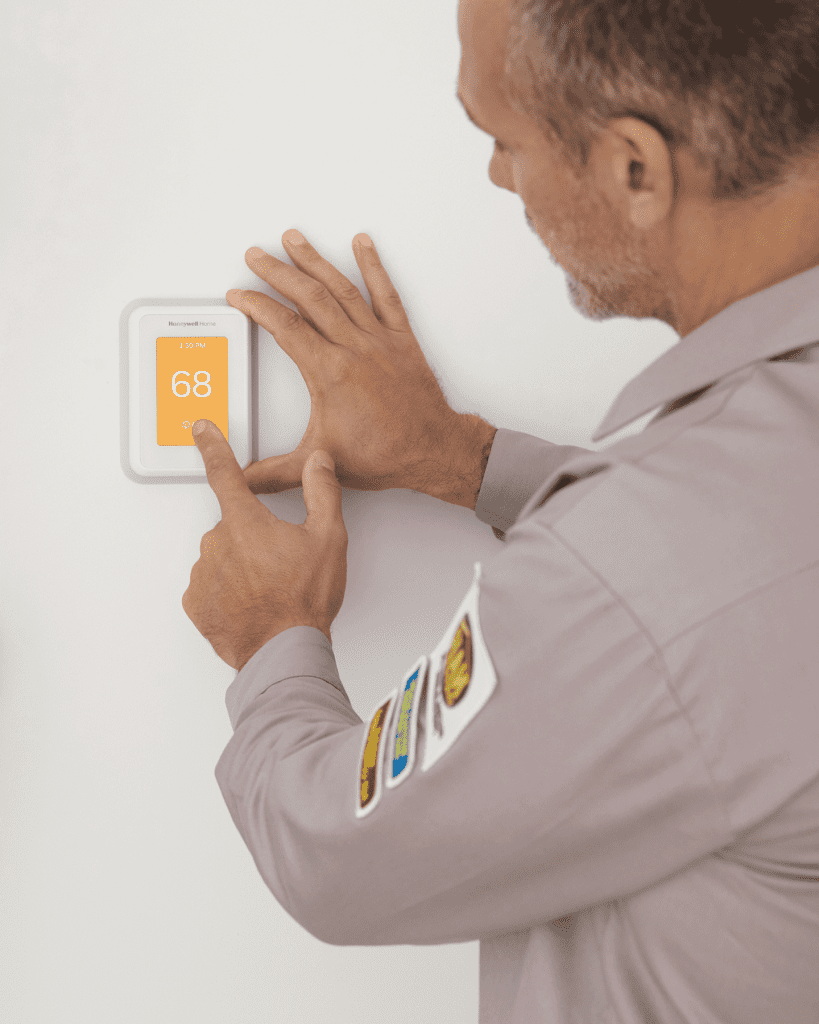 It’s estimated that heating and cooling account for nearly 50 per cent of the energy consumption in a typical home, making it the most significant energy expenditure for most households. So, while energy-efficient light bulbs and high-efficiency appliances are essential, homeowners in recent years have turned to their thermostats for help, and as a result this simple device has gotten smarter.

“We’ve come a long way from the early days,” says Matthew Reid, technical sales representative for Equipco Ltd, whose products include Google Nest thermostats. “to now being able to literally use your phone to change the temperature by just touching a button.”

Even with the proliferation of programmable thermostats from the 1980s on, not a lot of them got programmed or they were programmed poorly for maximizing energy savings, adds Rob Munin, general manager, thermostats and sensors for Johnson Controls.

Smart thermostat usage is not only increasing but is now becoming more of an expectation in the residential market, especially for new homeowners, according to Kashif Rasheed, director of marketing with White-Rodgers for Emerson. “The biggest trend impacting smart thermostats is IoT [the Internet of Things]. Customers enjoy being able to control their comfort and energy usage whether at home or on-the-go.”

“A gateway to a smart home is a smart thermostat,” adds David Quam, global connected services director at Resideo, which licenses products under the Honeywell Home brand. 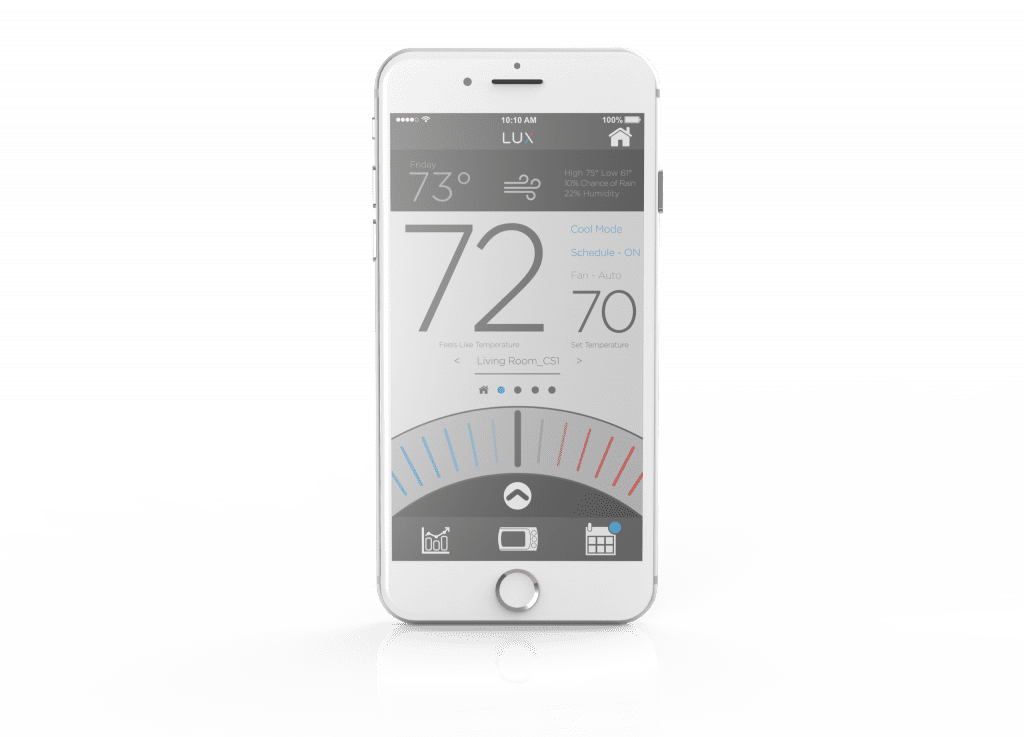 The new Lux App from Johnson Controls pairs with its Smart Suite of thermostats, such as Kono and includes a geofencing feature.

Apps are what are enabling this trend.

“We’ve put all the other interaction on our Lux App because people’s behaviours have moved to smart devices,” says Munin. “We’ve tried to make it intuitive for things like the room’s temperature and thermostat settings from anywhere.”

The app also includes a geofencing option called ‘Home and Away Aware,’ which monitors occupancy and automatically makes energy-efficient adjustments.

“It feels more like scheduling a meeting,” adds Munin.

Software is another area where thermostats are evolving as well, says Quam,

“We are focused on connecting our portfolio with software in fundamental ways to solve problems for homeowners around excessive energy usage or breakages that leave them scrambling to fix or repair the problem.”

Resideo’s new software service—available soon on existing Honeywell Home T Series smart thermostats— understands how a home’s HVAC system reacts and recovers to changing weather conditions, says Quam. And with that data, the thermostat knows how to adjust the schedule while using the least amount of energy possible.

“Our (energy management system) app allows us to predict what a homeowner’s energy use will be, based on the weather forecast and environmental conditions around their home, including their personal comfort level.”

While software is a convenience factor, it is also starting to reveal insights in the home that create relationships between manufacturers and the homeowner and manufacturers and service professionals, says Quam.

“Even as recently as five years ago, digital service tools were not part of the contractor’s everyday routine. Today it’s the exact opposite. Every field technician is armed with a smart device, not just for staying in touch with the office, but some also have advanced tools that tap into the connected devices, such as thermostats, for diagnostic information.”

At Emerson, its Sensi smart thermostats provide multiple opportunities for contractors to connect to their customers, says Rasheed, as a Sensi Partner.

“Contractor contact information is displayed in the Sensi app, monthly usage reports, service reminders and smart alerts. When a customer needs service, their preferred contractor is just a tap away.”

According to Reid, smart thermostats like Google Nest are a foot in the door for more business.

“Thermostats are not optional, but the manufacturers have been in charge of them for many years and then smart thermostats come along and that’s an entryway into this smart home business for contractors to capitalize on by thinking about out-of-the-box stuff, like simple installations such as connected cameras, smoke detectors and light switches.”

Munin agrees that this is an opportunity for the HVAC industry.

“How many other trades on a regular basis, say twice a year, are invited in by homeowners to service their most expensive equipment?

“Our research shows that for our Lux brand, homeowners are using the app two to three times a week. And that is a real opportunity for engagement about what the environment is like in the home.” 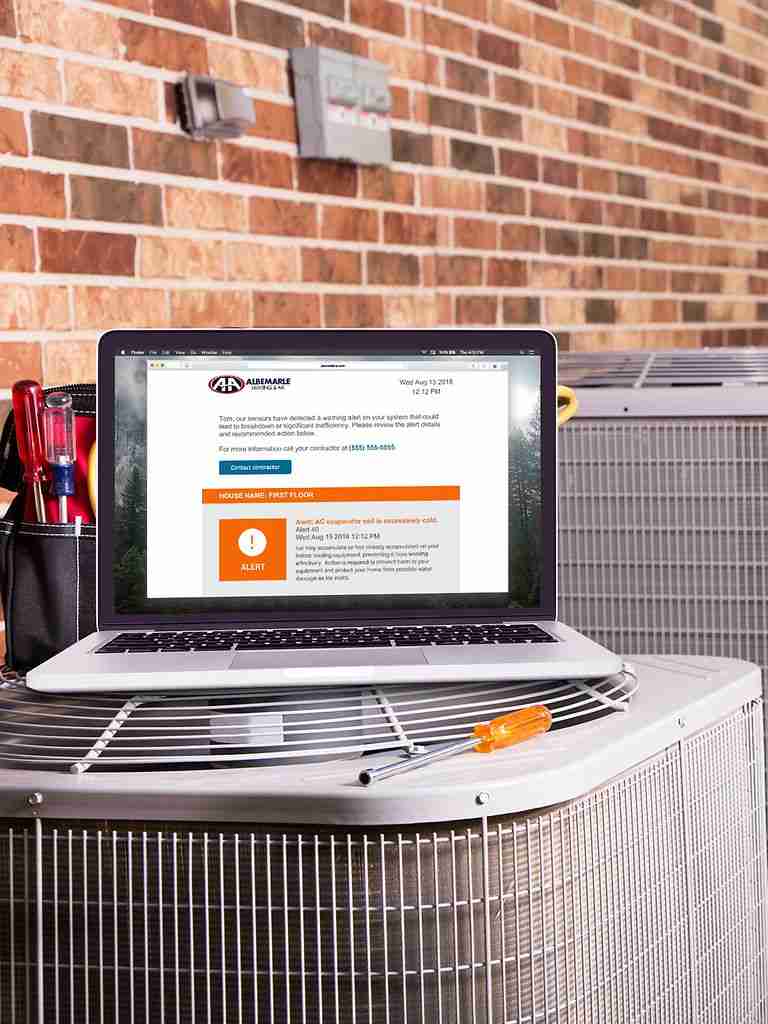 Emerson’s Sensi Predict smart HVAC is a predictive maintenance solution with a 10-sensor system that analyzes HVAC systems and provides insights on how they’re performing.

There is value in the data produced by today’s smart thermostats and other devices in a home’s system, says Quam.

“It’s not just a smart thermostat on the wall anymore,” he says. “There is so much data that a home is producing that if you focus on on-the-wall, in the cloud, and behind-the-wall solutions, you can make a better system.”

Homeownership is getting more and more complex, and it’s about taking the complexity out of the equation, says Quam. “Helping homeowners budget, plan and be prepared and not surprised by these issues.”

Data now allows predictive maintenance and service. It’s not just, ‘You have a problem.’ It’s ‘The system is trending in the wrong direction and we estimate that in a month this could become an issue.’

Rasheed agrees that remote diagnostics is one trend the industry should expect to see become more and more commonplace. He compares it to how car diagnostics are now an expectation. “Diagnostic IoT technology for HVAC may very well become the new norm,” he says.

He points to Emerson’s Sensi Predict smart HVAC, a predictive maintenance solution with a 10-sensor system that analyzes HVAC systems and provides insights on how they’re performing.

“This is still a relatively new technology but has benefits that can revolutionize the way we approach modern HVAC.”

In the 1950s, the home of the future imagined a place where everything was operated simply by us being present in the home. That day is right around the corner, according to Reid.

“All the hardware will be out of sight, installed by the contractor and the builder. For homeowners, it will be so seamless that we’re going to wonder how in the world did we functioned before we carried our thermostat around in our pocket.” 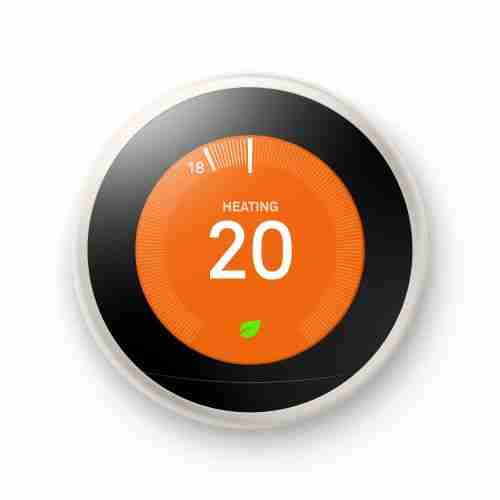 The Google Nest Learning Thermostat programs itself and automatically saves energy when residents are away.