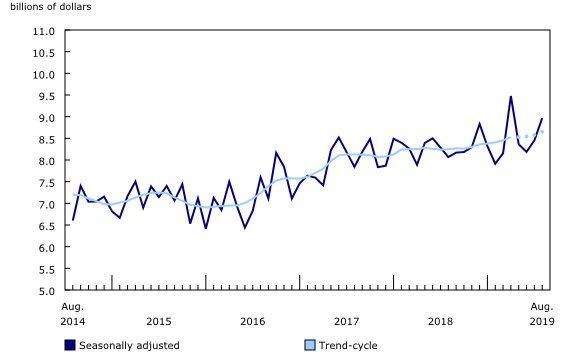 August was another good month for the value of building permits which rose 6.1 per cent to $9 billion. This was largely because of an increase in multi-family and industrial permits, seven provinces reported gains, with one-third of the national increase in Quebec.

The value of permits for multi-family dwellings rose in every province, except Nova Scotia, increasing 18.8 per cent to $3.3 billion in August. More than 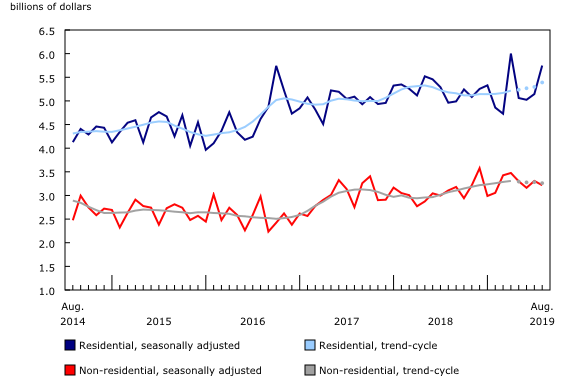 Value of building permits for the residential and non-residential sectors

half these gains were in British Columbia largely due to a high-value permit in the census metropolitan area (CMA) of Vancouver. Quebec also contributed to the increase, up to $143 million compared with July.

Single-family dwellings rose 3.2 per cent to $2.4 billion nationally, led by Ontario. The CMA of St. Catharines-Niagara issued a record-high $102 million. These gains were largely attributed to several developers filing additional permits prior to an upcoming increase in development costs in the region. 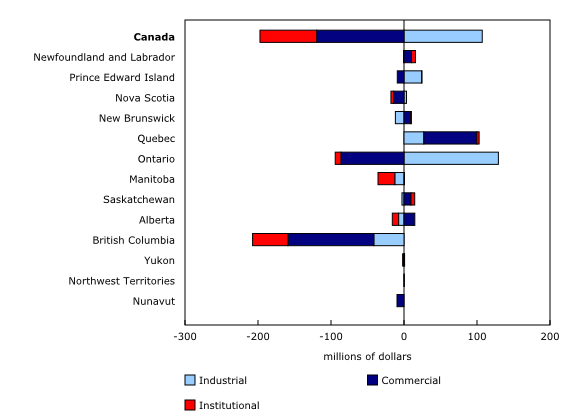 Industrial permits were the only component in the non-residential sector to increase in value. The increase was largely due to a high-value permit for a biopharmaceutical company in the CMA of Toronto. There was an increase of 18.9 per cent.

Commercial permits declined 5.9 per cent to $1.9 billion, following increases in July. Quebec reported an increase in the commercial sector by $73 million despite the national decrease.