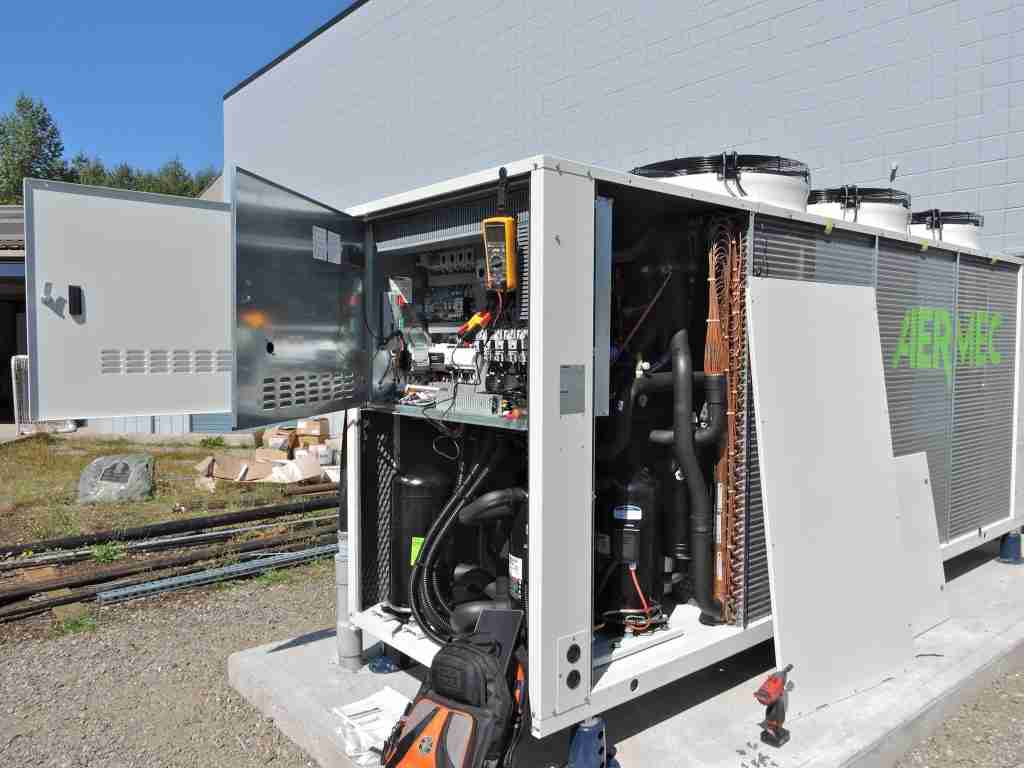 This large air to water heat pump is undergoing commissioning at a B.C. school.

In my last article, I mentioned that hydronics trades people and designers should establish proficiency in refrigeration and electrical troubleshooting & repair. Some of you may be wondering why I believe learning about this stuff is becoming more important – so here’s the deal:

External forces are starting to force the hydronics world to go through a major evolution away from burning fossil fuels. The obvious contender is geothermal or geo exchange. Ground source and water source hydronic systems have been a growing niche market for about four decades now.

The high cost of installation and the difficulty in fitting them into many building sites, however, has limited their proliferation, and the industry has been keen to develop an alternative. Enter the air-source to water heat pump (ASHP), which has evolved rapidly in the last ten years. The best innovations are yet to come. Generating heated water for hydronic systems using this technology is going to mushroom, when serious programs aimed at carbon reduction are implemented by governments.

The good news? Widespread adoption of gas condensing boilers over the last two decades has set the table for the seamless implementation of ASHP technology. Condensing boilers have always favored lower temperature water, continuous circulation, and the use of outdoor reset to match heat input to heat loss. We have drilled a round hole in the hydronics industry with condensing boilers, and air to water heat pumps are a round peg that will fit right in.

One of the biggest roadblocks towards heat pump adoption will be the lack of trained technicians having expertise in both hydronics and refrigeration.

The current class of ASHP machines have been tweaked to be able to efficiently produce up to 60°C (140°F) water at outdoor temperatures as low as – 25°C (-13F). If you’ve been accustomed to working with low-temperature hydronics and condensing boilers, the ASHP will be pretty much a direct substitute. As a bonus, the refrigeration cycle can be reversed in hot weather to provide chilled water, which then can be used for cooling when combined with the right equipment. 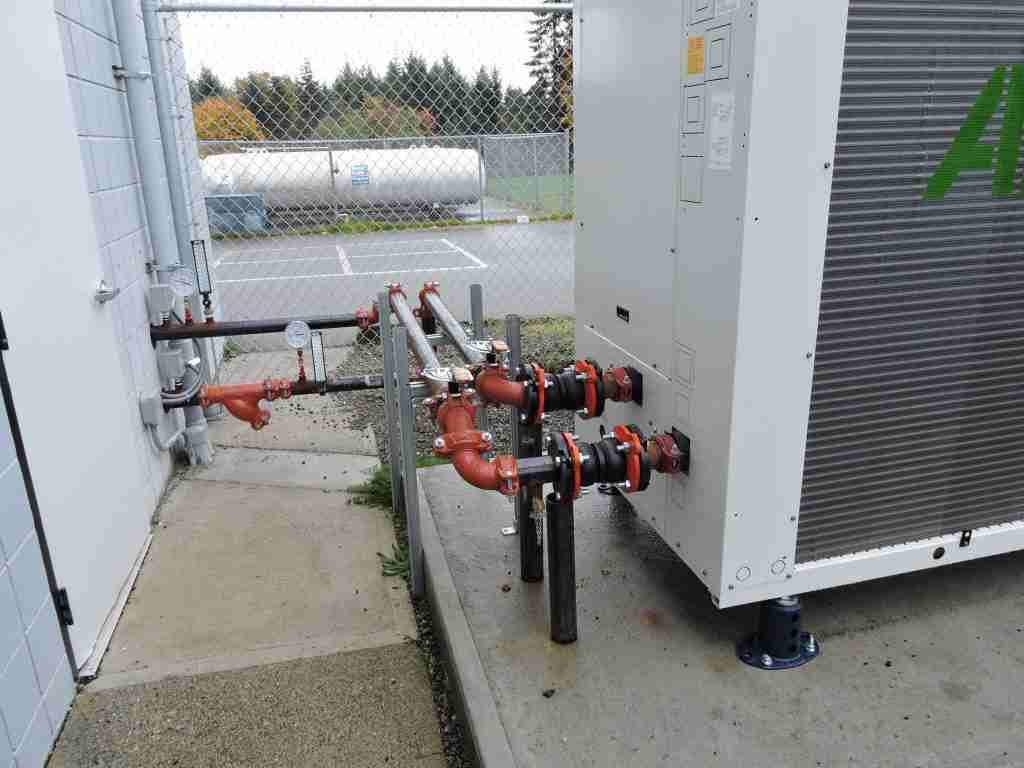 Pipe connections to the hydronic system are conventional, except that the heating unit is outdoors.

Whereas a condensing boiler can be contained entirely within the building envelope, ASHP units require an outdoor evaporator coil (in cooling mode it becomes the condenser) to be placed within reasonable proximity to the indoor unit and interconnected with a refrigerant line set. Most units also have the compressor located in the outdoor unit and some have all of the equipment in the outside unit, with only the hydronic supply and return water lines penetrating the building envelope. Be aware that these units need some space around them for free airflow, they require an electrical supply with disconnect at the unit and they can be noisy.

There are some interesting Canadian units in the market today, along with some American equipment, and a whole lot of Asian equipment, much of it private labelled by North American manufacturers. Currently, the distribution channels are all over the place – from strict manufacturer-controlled dealership arrangements to an emerging wholesale effort, and even direct to consumer internet sales (what could possibly go wrong with that?).

Scalable for the application

ASHP units are scalable for heating single apartment sized spaces all the way up to large commercial projects like schools and apartment buildings. There really isn’t an upper limit when combining multiple units – it’s much like staging multiple condensing boilers. Auxiliary loads can also be easily handled with ASHP units, DHW, pools and spa heating – even snow melting systems. 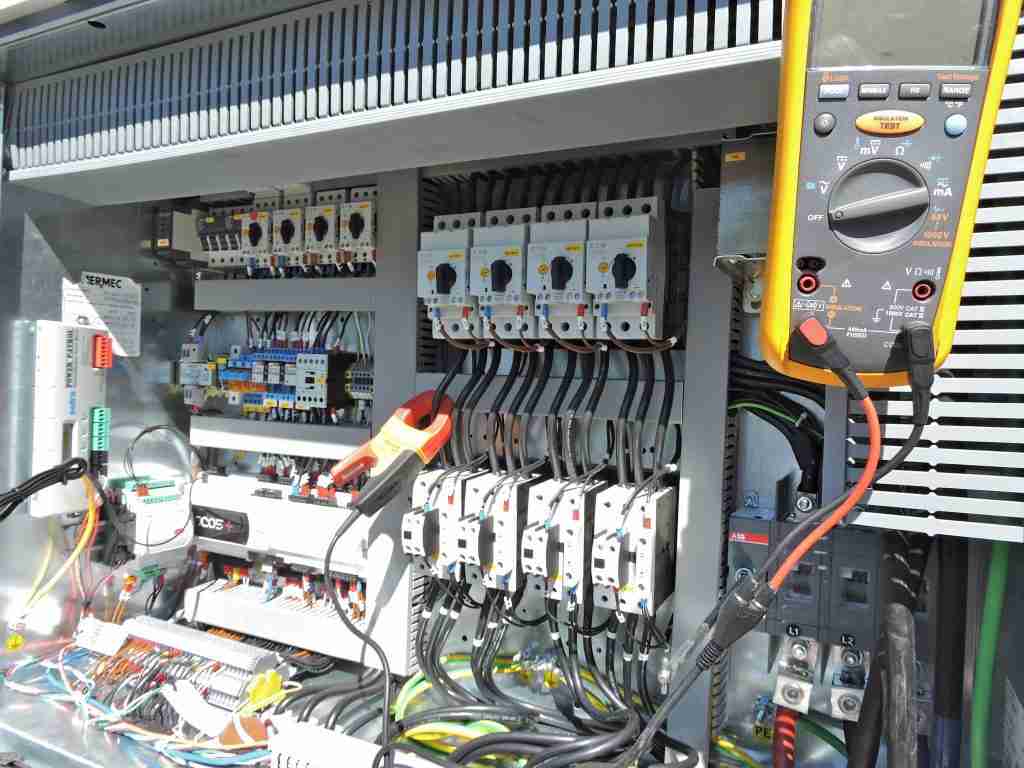 Dealing with what is essentially an electric device requires a different skill set and different trade licenses.

Refrigeration engineers are making use of de-superheat exchangers to grab heat from the high temperature, high-pressure gasses coming out of a compressor and transferring it to auxiliary loads that can use it. In a further bit of razzle-dazzle heat swapping, other secondary heat exchangers are used to sub-cool some of the refrigerant coming out of the condenser coil, re-vaporize a portion of it in the process, and inject that vapour back into the compressor to help it work better at colder outdoor temperatures. Say what? If this goes completely over your head, you aren’t alone – bringing me to a very important thing the hydronics industry needs to do to help this technology thrive.

One of the biggest roadblocks towards heat pump adoption will be the lack of trained technicians having expertise in both hydronics and refrigeration. This has been a brewing storm for many years, and I have noted it many times in the past. In large parts of our country, plumbing professionals have been installing hydronic systems. In other areas, HVAC technicians or gas fitters have been getting the work while steamfitters to the job in a few spots. None of these trades, on their own, have all of the necessary skills and knowledge to design, install, service and troubleshoot a complex hydronic system that uses a heat pump as the source of heated water.

I have been working on this problem for over three decades, by encouraging plumbing professionals to become knowledgeable in electrical troubleshooting, and controls, and HVAC technology, and fuel utilization – all the while encouraging HVAC professionals to learn the plumbing skills needed for hydronics.

Now, here we go, throwing refrigeration into the mix. Bazinga! Hydronics has just presented you with a lifelong learning curve, but at least you won’t get bored.

I think it is high time the relevant industry groups (HRAI, CIPH, provincial trades organizations, unions, colleges and the like) have some meetings and figure out how we are going to do this. 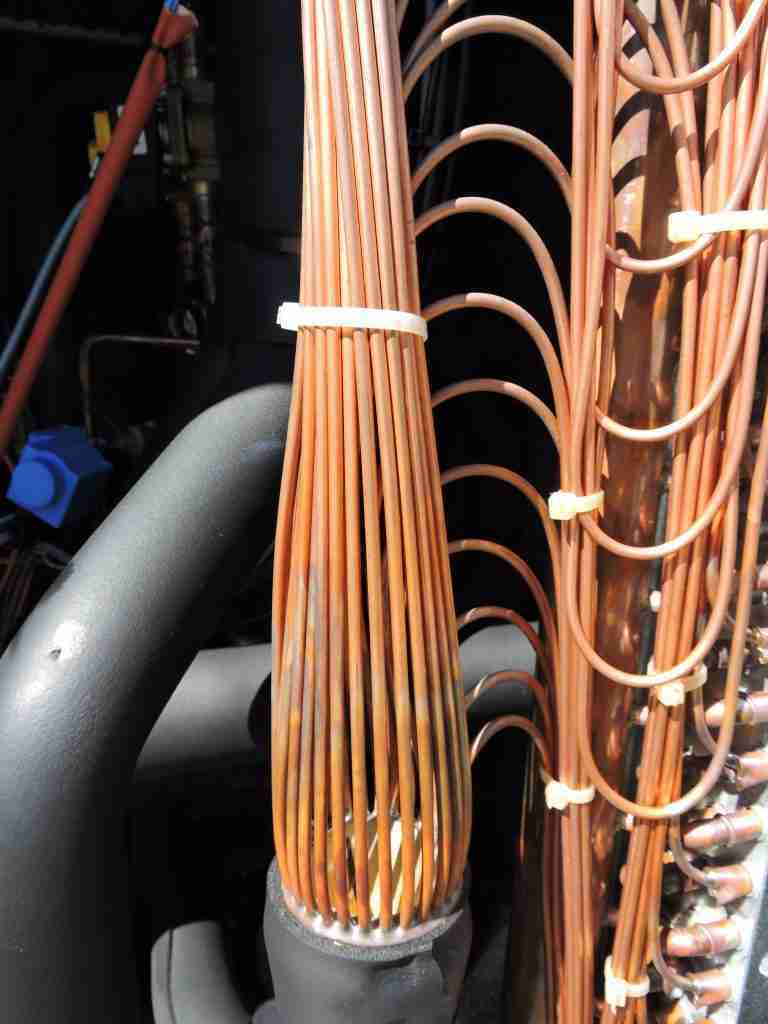 There is a whole lot of copper tubing in a heat pump – basically, a refrigeration unit working in reverse.

I believe heat pumps have been getting a bad rap as being unreliable and prone to breakdown. Yes, there are junky machines out there suffering from premature failure, but a large percentage of the problems have resulted from improper installation, commissioning and servicing by people who just need more knowledge and oversight. There is no magic bullet for this – it is going to take hard work and a re-think about how we train people. And all of this in the midst of the biggest skilled tradesperson shortage in our history.

Some of us believe the ASHP is going to be the near future of hydronics, so we have no time to lose in dealing with the situation. Electrical grids, right now, are being enhanced by the addition of renewable energy sources like wind and solar, while also becoming stabilized and bolstered by the addition of enhanced megawatt battery storage systems. Fossil fuels are being increasingly marginalized, with phase-out plans being announced regularly.

For selfish reasons, I really don’t like this either. I am the condensing gas boiler guy – 40 years of learning, and what now? My knowledge is being severely devalued, and I hate it – but one has to face reality or fade away. These changes are picking up the pace and it isn’t all bad. In an increasingly electrified world, we in the hydronics industry have been presented with a great opportunity and a new lease on our careers (unlike, say, coal miners). The development and enhancement of the ASHP for hydronics is really just beginning, with much more finesse yet to come (hardware, software, controls). These units have become popular choices in Europe and Asia and, as we’ve done previously with so much of their hydronic technology, we need to pick what works for us and make it ours.