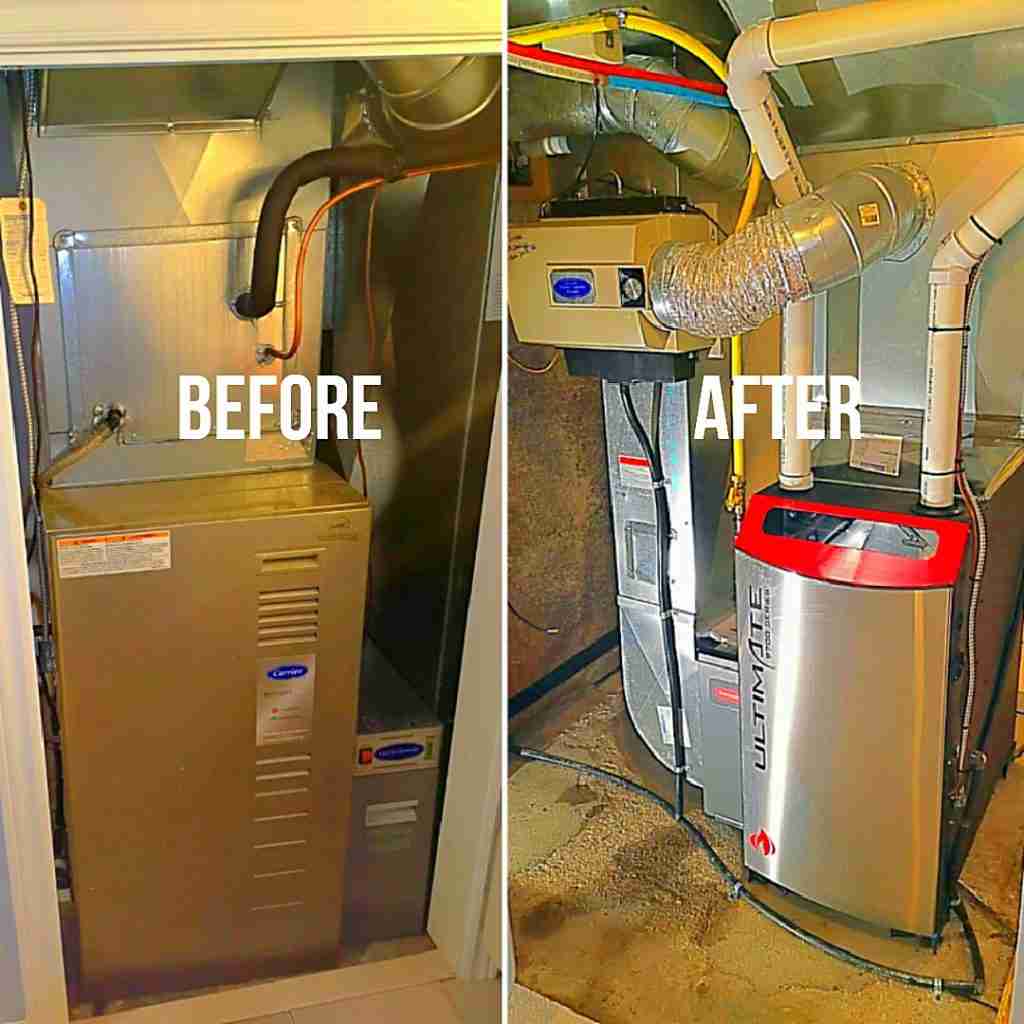 This year, contractors have come to realize that they want to have a product in stock before they commit to installation dates. (Photo: Lloyd HVAC Services)

The pandemic has driven demand for heating systems with safety features, while also affecting manufacturers’ ability to meet that demand

The new normal imposed by the COVID-19 pandemic has certainly had an affect on the residential heating industry as homeowners’ attention to safety and cleanliness in their homes has extended to heating systems.

Blinded by the light

Ultraviolet-C (UVC) lights have long been used in commercial HVAC systems to eliminate bacteria, as well as to sterilize spaces and equipment in healthcare, aviation and industry as well as sterilize drinking water.

While studies have yet to confirm whether UV-C light is able to kill SARS-CoV-2, the virus that causes COVID-19, multiple studies have shown that it can kill other viruses, including influenza and other seasonal coronaviruses.

“Homeowners have become much more conscientious of their home environment—they’re spending a lot more time there,” says Joe Cancilla, sales manager—HVAC for Napoleon. “So, there has been more focus put on improving that environment.” 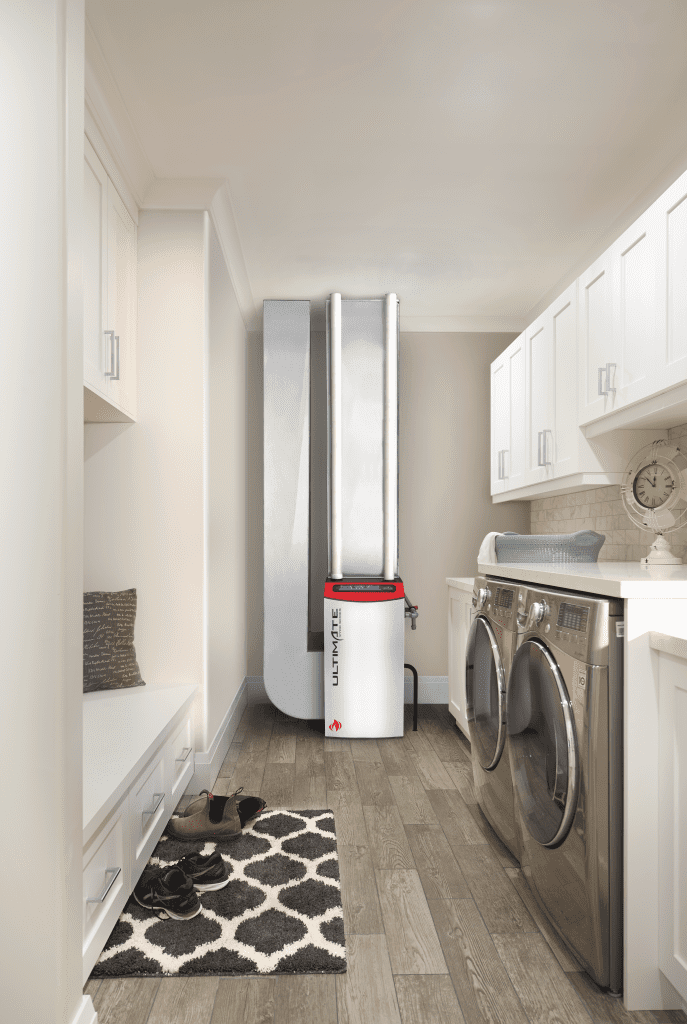 The Barrie, Ont.-based company claims to be the only Canadian manufacturer to offer UV-C technology inside a furnace.

The company’s unique virus-killing UV-C sanitization system called Homeshield is the same technology used in hospitals to kill viruses and pathogens using the UV-C wavelength light. Homeshield produces the UV-C ‘killer effect’ safely inside the furnace, to sterilize the air inside, stopping the spread of harmful viruses, molds, bacteria, parasites and allergens.  And it works 24 hours a day as the furnace is heating, cooling or circulating air.

“An inadequate heating and cooling system can create a risky situation in a home,” says Stephen Schroeter, co-CEO of Napoleon. “Pathogens like viruses, bacteria and other airborne contaminants can re-circulate and be transferred between rooms.”

According to Schroeter, surging demand since the beginning of the COVID-19 pandemic, has led to Napoleon ramping up production.

This has led to some challenges, says Cancilla.

“Increased interest and awareness around air quality and UV-C systems has definitely resulted in an increase in our pre-season bookings from dealers and distributors this year,” he says.

“But the downside to that is from a supply perspective. [Napoleon]—like everyone else in the industry—have been caught off-guard by the demand and, unfortunately, we aren’t in a position to capitalize as much as we’d like on business opportunity.

“We’re okay on the furnace side, but on the aftermarket UV-C lights have been an issue. And we don’t see the demand diminishing anytime soon.”

In addition to the pandemic, manufacturers like Napoleon have also had to negotiate the effects of the ongoing trade war between the U.S. and China, which has seen tariffs implemented and shortages of raw and finished goods.

While raw materials haven’t been much of an issue, “after 40 years, we have a strong team in place for sourcing our steel,” says Cancilla, the company has seen some interruptions with some finished goods.

“Most manufacturers operate in a global sourcing environment,” he says. “So, we try source as much as we can locally, but obviously some product is coming from the U.S., Mexico or elsewhere.”

As the pandemic has come in waves, so too have its effects on manufacturer’s supply chains.

For example, products from China saw interruptions in May and June resulting from factories shutdowns related to COVID-19 in January and February, while the delay for products from the U.S. and Mexico, “we’re seeing right now,” explains Cancilla. 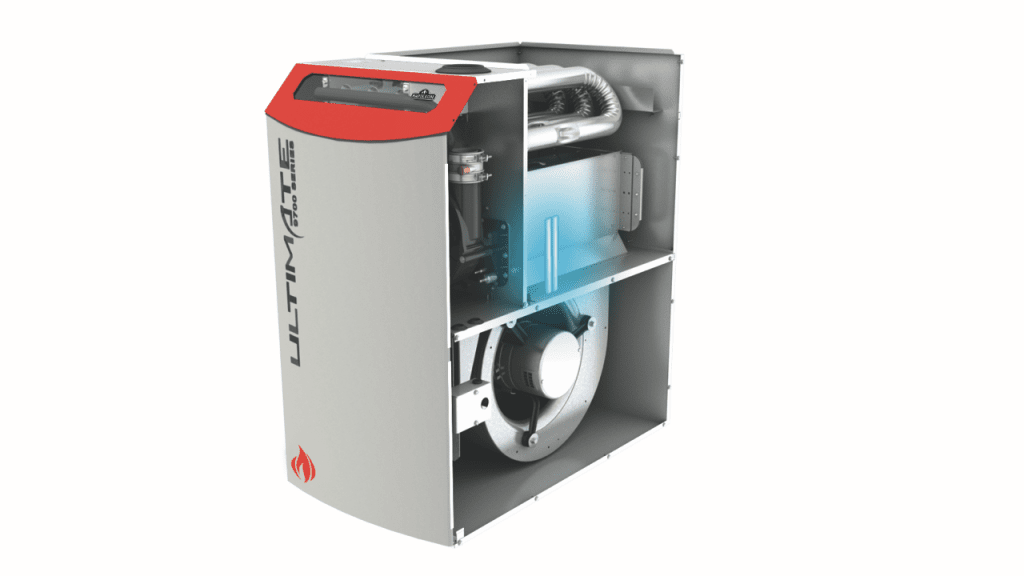 Increased interest and awareness around air quality and UV-C systems has resulted in an increase in our pre-season bookings from dealers and distributors this year. (Photo: Napoleon)

“With so many components—I can’t even guess how many parts go into one of our furnaces— it’s amazing how much of an impact a single wire harness or screw can have on the supply chain.”

As a result, Napoleon has spent a lot of time on sourcing and now have, in some cases, duplicate and triplicate suppliers to minimize disruptions.

“Like many manufacturers in the industry we’re backordered on some products,” says Cancilla, who makes a comparison to what consumers experienced at grocery stores during the early days of the pandemic.

“People are aware that they can’t sit on the fence when it comes to home heating products and services. They may be available today, but they may not be available tomorrow.”

The expected second wave of COVID-19 may take any number of shapes, but regardless, it will affect supply for manufacturers and consumers alike.

“We were shut down or had our manufacturing capabilities severely cut back for several months early in 2020, which had implications on our manufacturing schedule in the spring for air conditioning,” says Cancilla. “And if we’re challenged with similar interruptions in the Fall, it will have an enormous impact on product availability of heating products for homeowners.”

Another impact from supply chain disruptions has been a surge in the movement towards buying locally sourced products and Napoleon has seen this first-hand, says Cancilla.

“Our strongest selling feature has always been ‘Made in Canada,’” he says. “And it has resonated with customers even more so now with the recent disruptions to supply chains and the encouragement from all levels of government to buy local.

“All of which has improved our sales.”

On the contractor and distributor side of the business, the pandemic has upended standard practices, says Cancilla.

The just-in-time mentally that has ruled the HVAC industry the past number of years has started to fall by the wayside as people realize they want to have product in stock before they commit to installation dates.

“The more responsible contractors and distributors have realized, especially after the air conditioning season we just had, that they need to have the product on hand before committing to any level of guaranteed service.”

That has been a challenge, especially with the demand Napoleon is seeing this year, both in the cooling and heating seasons.

With the increase in spending by Canadians on home improvements since March, the company had its best air conditioning season and demand for heating has so far, been strong.

“I’ve been with Napoleon since 1992 and I don’t remember year that was ever this busy,” says Cancilla.

And it’s not just new installations either. Cancilla says concerns from homeowners about systems breaking down or failing has led many to be proactive with servicing and replacement.

“They don’t want to be caught in another lockdown situation where they have to be concerned with having repair people entering their homes.”