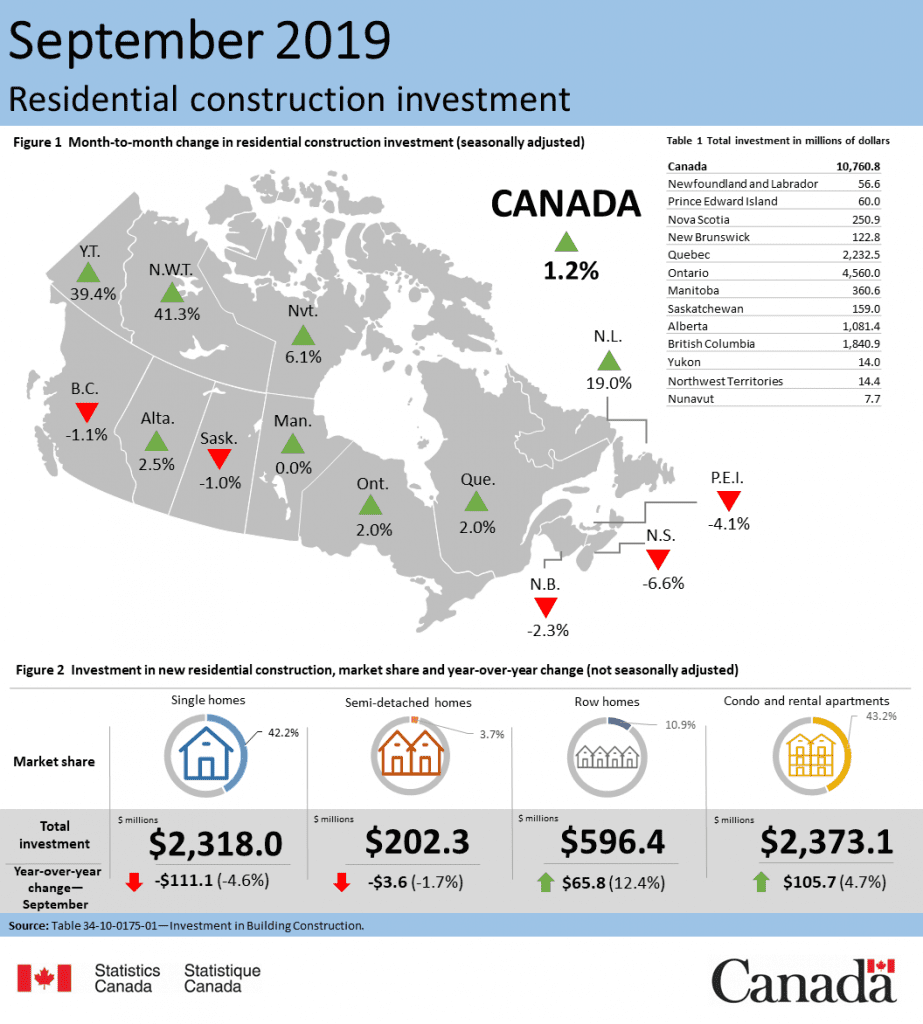 Ontario is leading the pack in residential investment. In total, five provinces saw an increase. Quebec had a strong September as well. Nationally, investment in single and multi-family dwellings increased compared to August. Single-family increased by 1.4 per cent to $5.4 billion and multi-family increased by 1.1 per cent to $5.3 billion. In Ontario, investment in multi-unit dwellings rose for the fourth consecutive month, up 1.9 per cent since the previous month to $2.1 billion.

The non-residential sector increased by only a small margin of 0.4 per cent to $4.9 billion in September. The commercial sector increased 0.7 per cent to $2.8 billion, with Quebec posting the largest increase of $11.2 million due to ongoing developments in the eco-neighbourhood of Estimauville in Quebec City. Nationally, the industrial and institutional components were largely unchanged.

The investment was up in every component of the non-residential sector in the third quarter with the largest increase in British Columbia at 5.5 per cent. The total investment in building construction grew 2.4 per cent from the second quarter to $46.4 billion, driven by an increased investment in single homes in Ontario (10.4 per cent increase).

Quarterly investment in non-residential new construction rose 11.5 per cent year-over-year to $7 billion in the third quarter, reflecting gains in the commercial component.