In the long run, copper is a tried and true material to use 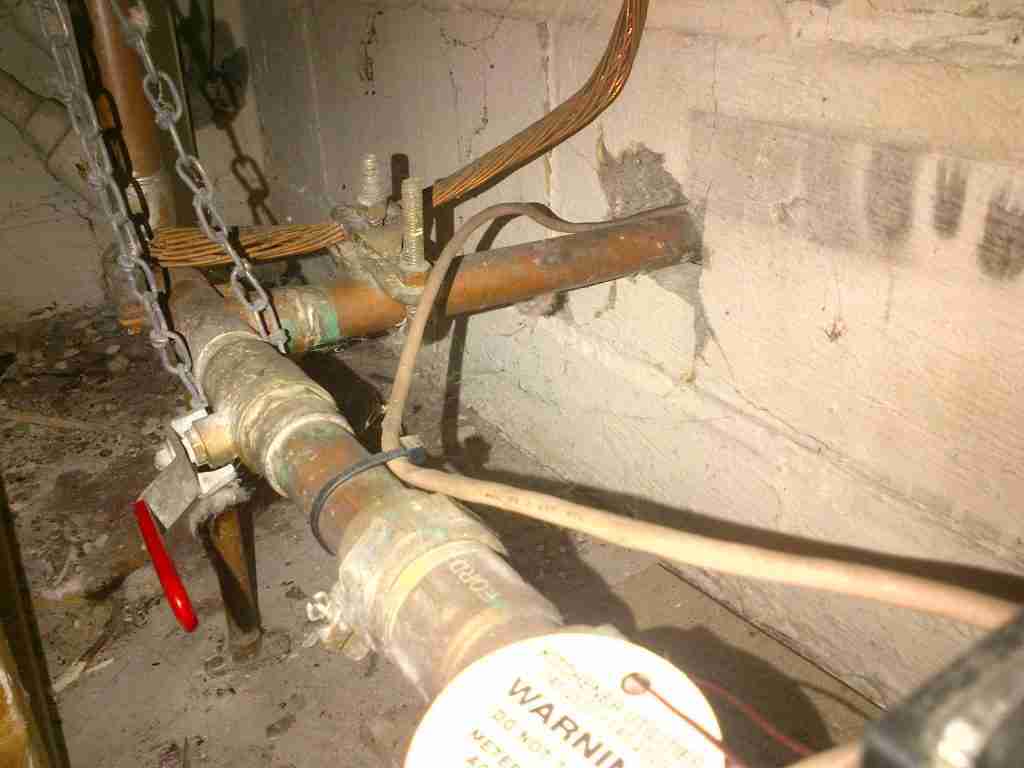 One of copper’s benefits is that it acts as an electrical grounding point.

This scientific principle is worthy of being put to music because of its impact on everything thing we do. It’s no surprise that this plumbing-themed song is still popular today because during this difficult period we realize that we really can’t afford to spend the money, time or energy re-doing the same thing a second or third time… but that’s the way it goes.

Entropy, that is the breakdown of in physics so the question must be asked. How long do we expect our plumbing systems to last? My answer of course is, forever.

After installation, testing, inspection, and payment, it’s goodbye and good luck until the end of time. Nobody wants to go back in there after it’s been used and besides, ours is a profession that still embraces the wishful notion that things should be made to last.

Car manufacturers expect to sell five cars to the average person and appliance manufacturers have similar expectations, but we only want to do what we do once. But how?

How can the plumbing industry ever hope to achieve the impossible and break such a fundamental natural law? We can’t is the unavoidable answer, but I think copper and its alloys offer the best chance of achieving longevity, if not immortality. I believe it’s the ideal material to use for plumbing. 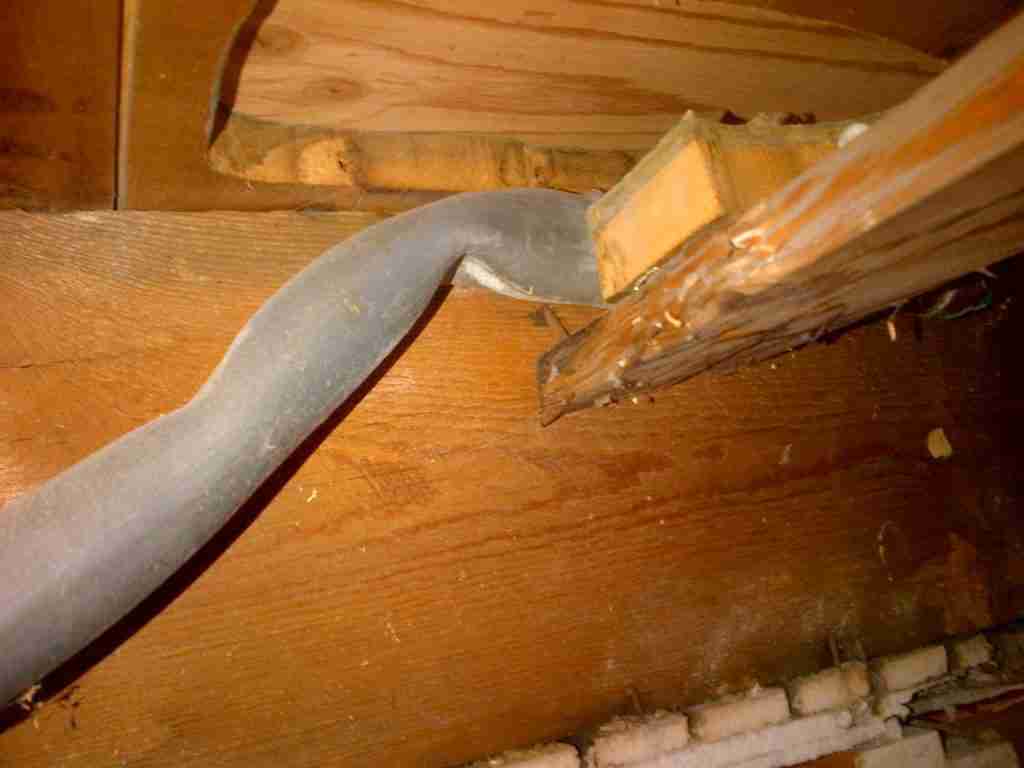 I may have a biased opinion on the subject because much of my time in trade was during the “Copper Years,” but my opinion is not based on looks alone—it’s a tried and true building material that has proven its durability for both sides of our profession, water in and water out.

On the in-side, a copper water service conveys life’s essential fluid and acts as an electrical grounding point. It’s easy to locate and can endure a harsh underground existence for generations. The ground around the water service line heaves and falls with the seasons and subjects it to severe and everchanging conditions, but it must continue to function, and we know copper can do that.

On the water out-side, drainage lines are subjected to internal and external abuse. Externally they are at risk of damage from innumerable causes including impact, extreme temperatures, and sunlight. Internally they suffer terribly from misuse, chemical attack and violent probing—what a life. This is no place for the weak, but we know copper can handle that too.

A major factor in the quest for mechanical immortality is the manner in which the materials are installed. As a service plumber, I have seen the effects of long-term use on a variety of different materials and I find that installation workmanship has a profound impact on the lifespan of a system and the materials used to build it.

It has come to my attention that even though most of the modern products we use are capable of satisfying our long term needs, the level of installation professionalism declined with the “new” materials and negated its positive qualities.

Where once a connection required much preparation, planning and craftsmanship, modern joining methods have reduced this important skill to a cut and paste routine. Likewise, “routing logic” fell by the wayside with the erroneous attitude that as long as the pipe engaged the fitting, the glue would make everything alright. Not true.

Sure, the material itself is very durable but it’s not indestructible and it is highly susceptible to stress. If brute force was used to ram the fittings together and friction was expected to hold the piping in place, there will be problems down the line.

I’m not saying every installation is perfect because it’s copper, but metal is a more forgiving material when treated roughly and it’s a rough world.

Many of my service calls are for stress cracked plastic fittings that were set up to fail during installation due to the incorrect assumption that the material was indestructible. It reminds me of how minor hockey games got rougher when they dressed the kids in so much armour that they thought they were invincible.

I don’t have to dig too deep into my forensic mechanical investigator bag of tricks to solve those crimes. It’s obvious that the glue set before the installer had the fitting angled properly then used the flexibility of the material to force the pieces together. Later, after the tiles were set and the paint was dry, the stress that was built into the system was relieved and the wall cavities were filled with raw sewage.

Another important lesson learned through service work is that “The Plastics” can’t be held too tightly or too loose.

In general, all piping isn’t supported enough and ABS sags drastically over time, taking on an undulating, Loch Ness monster- like appearance when under-supported. The hangers become a series of hurdles that the waste must overcome before actually draining, whereas copper piping is naturally rigid and holds its form better.

Petroleum based products last a very long time but I often wonder if they will remain watertight after a rough installation and a brutal existence. This is an important point if those products are to be used for plumbing. I’m not resistant to change, I just feel that old installation and service techniques don’t work as well with modern materials, so change must be across the board, not limited to materials alone. 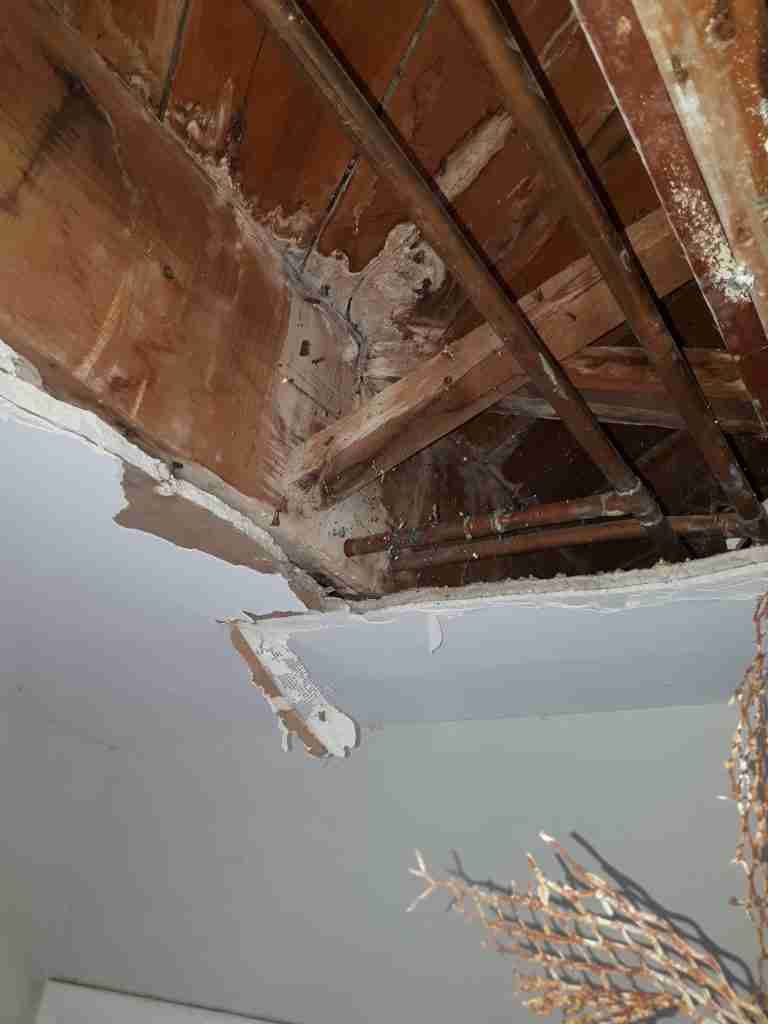 Our installations simply have to work forever so all factors must be considered and “system misuse” is grossly underrated when choosing one material over another in my opinion.

Loyal readers will remember the shocking photos I published a while back showing completely blocked high-rise plumbing drains. This is not a rare problem, in fact, it’s a very common problem. The piping used in this environment will be subjected to powerful, destructive forces for the duration of its existence, and it better be able to take a beating forever.

I shudder to think of the impact it will have on those buildings and the residents that live there when those systems have to be rebuilt.

Replacement cost likely would have been considered by the original owner of a new building, but those looking to invest in an existing building would do well to seek the assistance of a mechanical consultant. A professional that can ascertain which materials were used in construction, evaluate their condition and accurately report on the “Heart and Lungs” of the building. Someone like me—and I like copper!

For although we cannot contain each “drop of water in an endless sea,” I feel copper is our best shot at achieving the impossible.