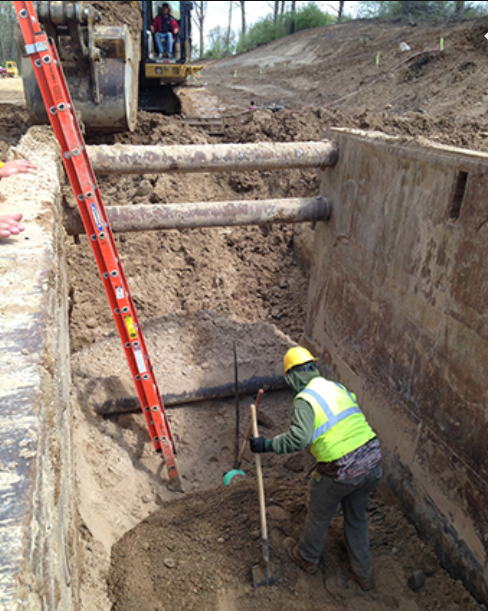 A trench box keeps workers safe on this job.

“When your day comes to settle down, who’s to blame if you’re not around?”

These Supertramp song lyrics ring in my head as soon as I walk onto a job site and I can’t count the number of times they have kept me safe at work. Hopefully, my day to settle down is not too far off so I’m really trying to ride it out in one piece.

Sadly, many of my workmates will not get to enjoy the fruits of their lifetime of hard labour as the ultimate price is paid far too often for my liking. We in the plumbing trade suffer from sore backs and knees mostly, but last year there were 26 job site fatalities in Ontario alone and some of them were plumbers. 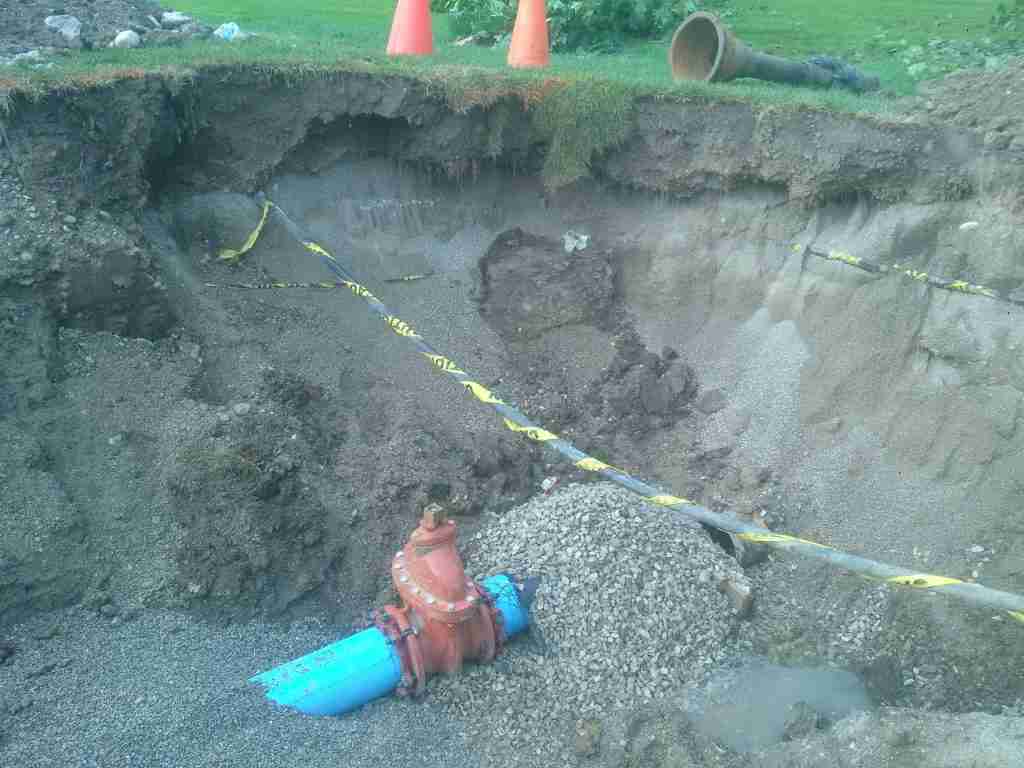 This trench is relatively safe because it is wide and shallow.

I had an opportunity to talk with safety consultant Graham Chevreau (Chevreau Consulting Ltd., Kitchener, Ont.) on the subject and he reports that according to the Ontario Ministry of Labour, gravity is to blame for the majority of the on-site injuries. Most of the time it’s a case of the worker falling, but there are many cases of injury due to objects falling on workers, which can be just as harmful. In fact, there were six deaths last year listed in the “crushed or struck by” category and one from trench collapse, which is a separate category for some reason.

Too close to home

This to me is a horrifying way to go, possibly because it hits closer to home. My own brother was nearly a victim of trench collapse but narrowly escaped by leaping straight up at the first sign of trouble. He was buried up to the waist and had to be dug out by others, but was otherwise uninjured. 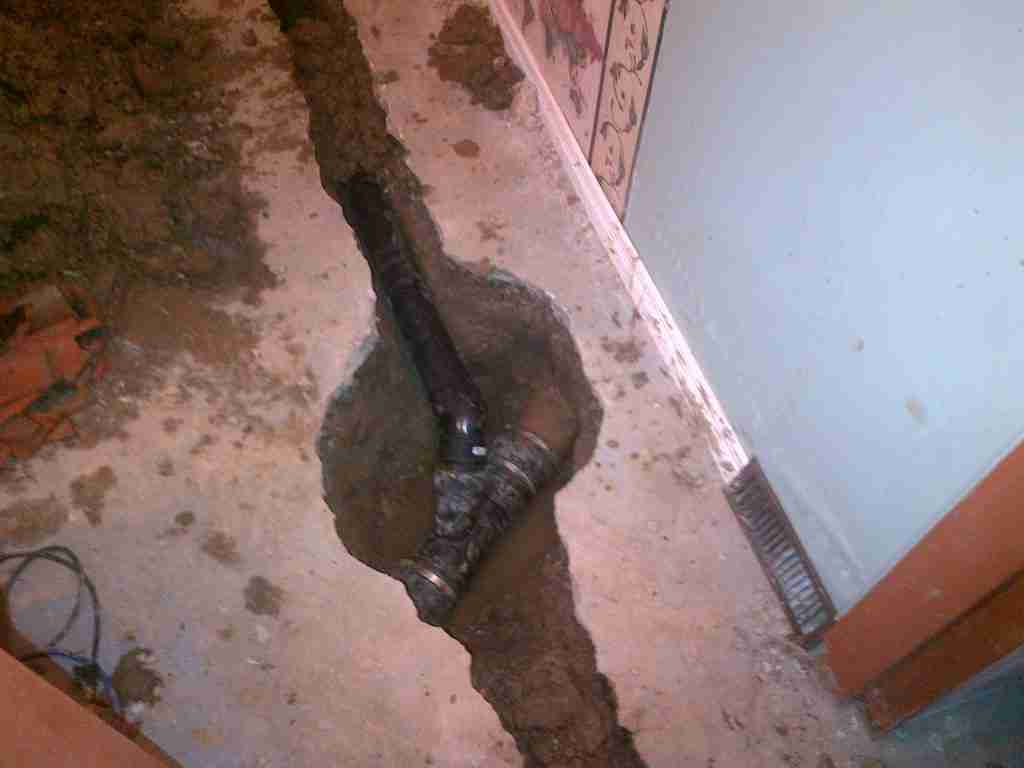 Basement drain repairs can be hard on the knees and back over time. Oh, and remove your foot from the trench before turning!

He and I worked together for many years, so I know that the situation must have appeared safe to him as he was a very safety, conscious individual. This taught me that it’s impossible to predict such things so I insist on a WIDE opening and/or “shoring” before I will go into or send my workers into a trench. It’s also the law.

I have refused to enter what I deemed to be an unsafe situation and when I did, they just got someone else to do that portion of the job… more than once. I don’t have the authority to keep fools out of those situations, so I’ve been witness to many close calls.

Safety should be a hindrance

It strikes me as odd that when a “blue hat” shows up on-site, many workers run and hide, unsafe conditions are temporarily corrected and the safety inspector is considered a hindrance to the project. I just don’t get it.

Sure, no-one wants to pay a fine for not wearing their hard hat in an open field but, on the whole, we need them to enforce practices that reduce the risk of injury.

I worked on a large project being built next to an existing grade school a while back and during the course of the project, I got talking to some of the teachers at the school about their working conditions compared to what I was expected to accept. Through our discussions, I learned that I and many of my workmates had equal or greater training than them, but we worked regularly in situations that they would have never accepted. 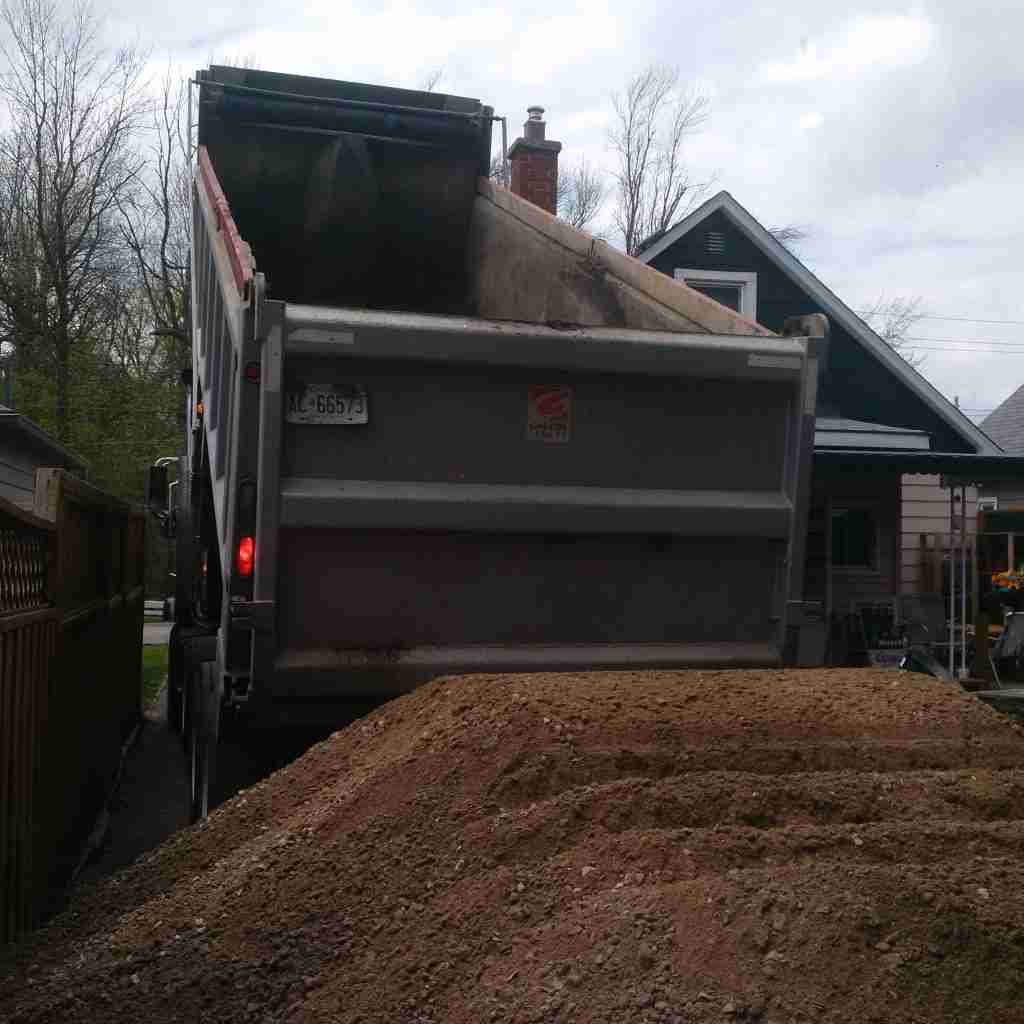 Workers must be aware of what’s going on around them. A truck unloading between two closely spaced houses could spell disaster if they are in the wrong place.

Also, they would have banded together and would have refused to work until the conditions were made suitable to do so. Why we in the trades put up with conditions that threaten our well-being remains a mystery.

It’s a tough job and I admit that injuries will still occur in spite of all the precautions being taken. I’ve had my share of hospital visits and painful procedures even though I really try to be safe. One example involved getting my eyeball ground to remove a sliver of metal even though I was wearing safety glasses. Also, I’ve spent weeks in therapy to mend a sore knee even though I wore knee pads and safety boots. In fact, the boots led to the injury in my knee when I repeatedly twisted it during a renovation. I simply didn’t step high enough out of the trench before turning and it caused significant damage. As I maneuvered in the very limited space, the concrete grabbed my boot and pain occurred. I’m better now, but all the years in the business are taking their toll despite my efforts to reach my golden years in good health.

Repetitive movements aren’t as dramatic but still wear on the body. The “smaller” injuries like carpal tunnel syndrome and arthritis are far more common, but less likely to receive recognition as a hazard. 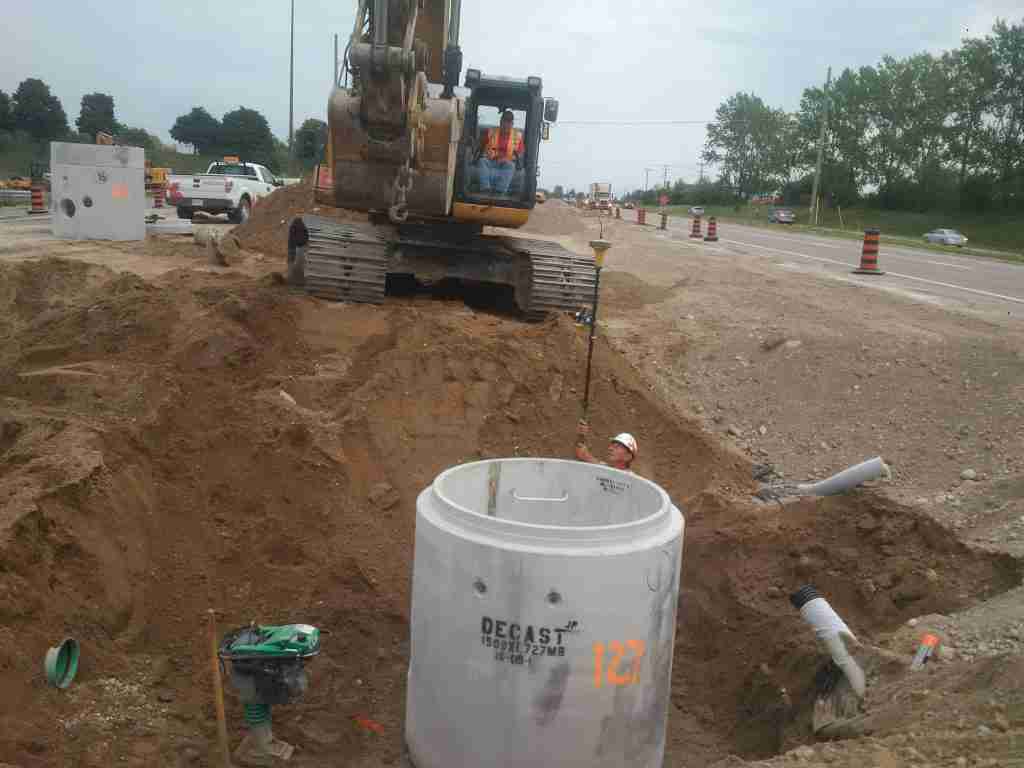 The potential for a trench collapse in this situation is high, with no shoring and heavy equipment operating on top.

I think cordless drills will be shown to cause this type of condition, I sure do feel the effects in my own wrist from all the years of use. I’m old enough to remember a time before these tools became essential. Back in the day, we only had burns, scrapes and gouges to fill in the ‘smaller” injury category. I used to joke that I couldn’t afford tattoos, so I got my individuality from involuntary scarring. They made for great conversation and it was free.

These types of injury are rarely reported but are often complained about among friends. It seems like it carries a type of social stigmatism and those that suffer are unwilling to admit to an “un-manly” condition.

It’s time to speak out and stop the trend of silence. We have to be the voice of the next generation of trades workers and demand safe working conditions because in my opinion we have let embarrassment and misdirected machismo make our business more dangerous than it should be.