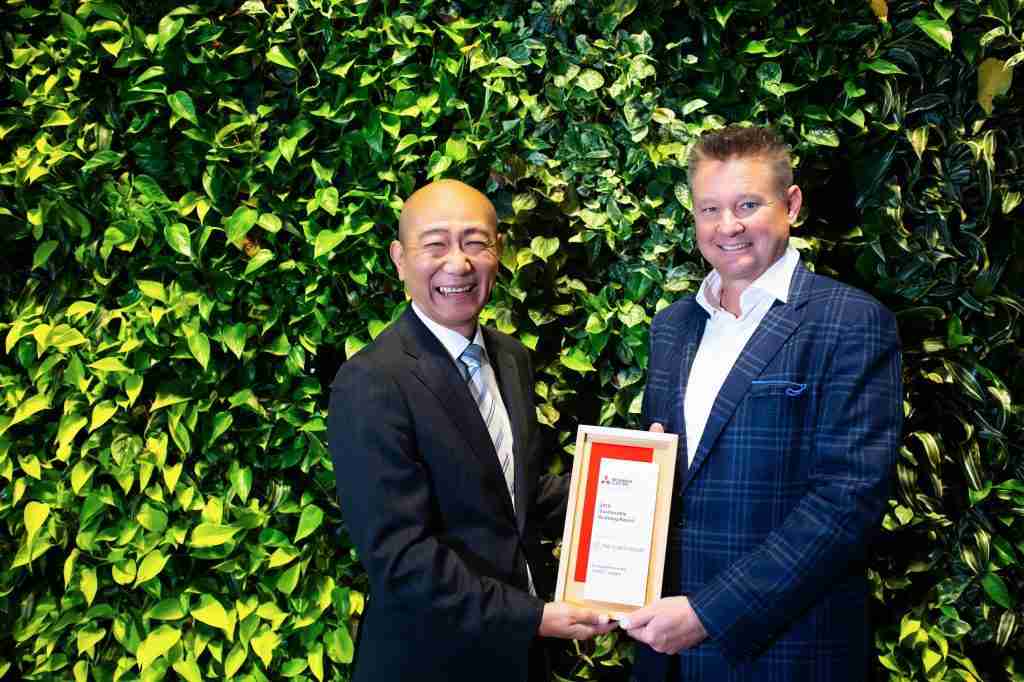 Mitsubishi Electric Canada has awarded the Evolv1 building, Waterloo, Ont., and the Cora Group – developers on the project – the company’s Sustainable Building of the Year award. The building was the first office building in Canada to receive the Zero Carbon Building-Design certification from the Canada Green Building Council.

The certification means the project modelled a zero-carbon balance for future operations, incorporated an efficient energy and ventilation system to meet a defined threshold for thermal energy intensity, and included onsite renewable energy systems capable of providing a minimum of five per cent of building energy consumption.

The building was designed to produce 108 per cent of its energy on its own. With this mandate, all components needed to be energy-efficient, including the HVAC system.

Mitsubishi Electric’s City-Multi water-source VRF heat recovery system was chosen to supply 100 per cent of the heating and cooling. Thirty-six outdoor units and 148 indoor units were used in the 104,000 sq. ft. building.

A full feature on the Evolv1 project appeared in the July/Aug, 2018 issue of Plumbing and HVAC. Please see http://plumbingandhvac.ca/energy-positive-project-shines-bright.