You are at:Home»News»More construction businesses re-opening their doors in June 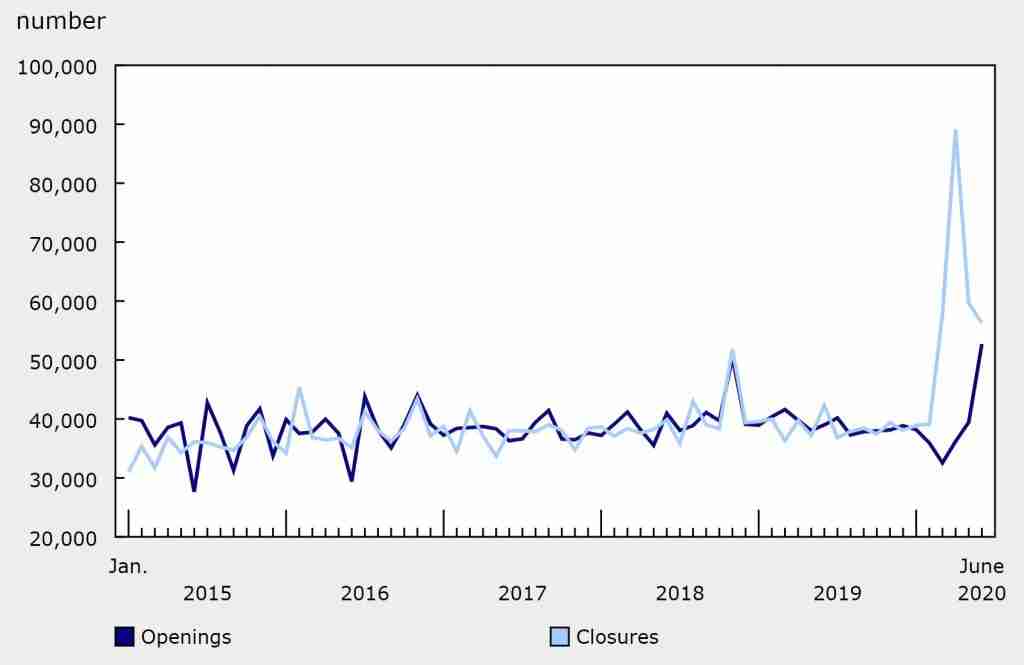 Monthly business openings and closures in the business sector, Canada, January 2015 to June 2020.

Construction-related businesses are beginning to re-open after closing due to COVID-19. Businesses re-opened across all industries, with the greatest proportion occurring in utilities, construction, forestry, and fishing and hunting. These represented more than one-quarter of businesses that closed in March and April, reports Statistics Canada.

With the gradual re-opening of the economy, nearly one in five businesses that closed in March and April re-opened by June.

In February, there were nearly 800,000 active businesses. By March, 8.3 per cent of them closed and a further 9.2 per cent closed in April, leading to a total share of 17.4 per cent of businesses that closed.