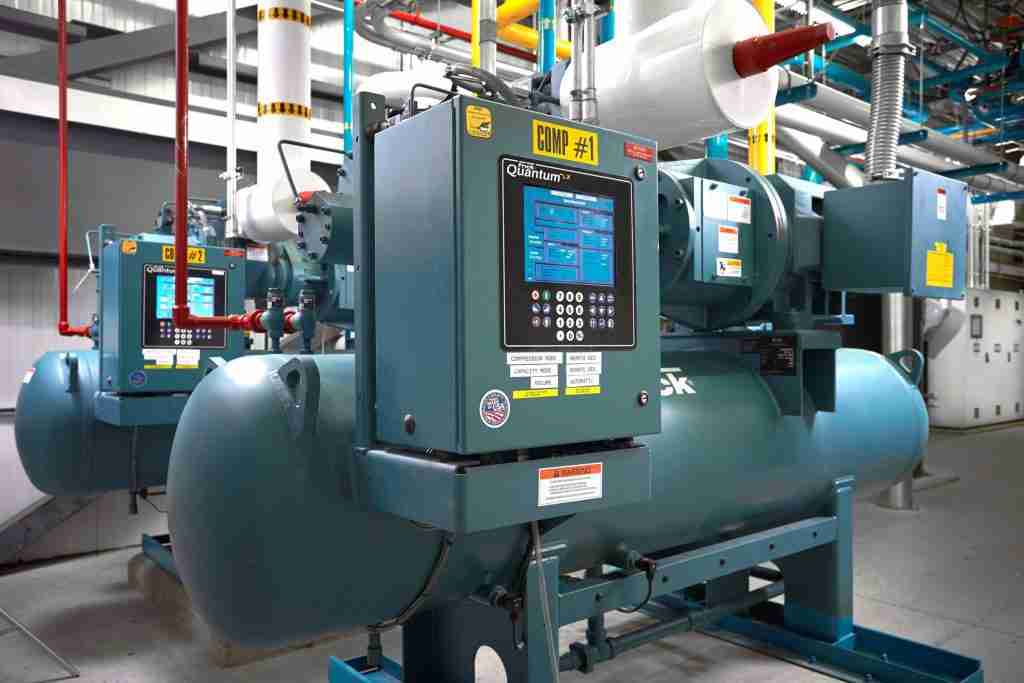 It might be a good time to learn more about natural refrigerants.

With the pandemic keeping many of us indoors this year, it might be time to do what comes naturally. I don’t mean watching Netflix with your significant other. I’m talking about planning a refrigeration system using natural refrigerants.

It seems like only yesterday that this would have been considered a radical idea, but the industry has moved quickly, quietly and significantly into natural refrigerants, especially carbon dioxide, ammonia and propane.

For the past 10 years retailers, food manufacturers and distributors have been rolling out C02 – based transcritical systems, energy recovery, ammonia/C02 brine systems and R290 propane standalone retail refrigeration cases. 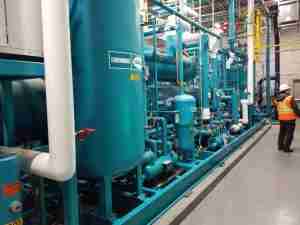 CIMCO did a similar installation at Flanagan Foodservice in Whitby, Ont.

“I find it impossible to believe that there will be a law anywhere allowing refrigerants with ratings of more than 150 global warming potential (GWP) within a short time. It might be one year or five years, but it’s inevitable,” said Dave Malinauskas, president of CIMCO Refrigeration, Toronto.

“C02 is non-toxic, not flammable, naturally occurring, no ozone depletion and a GWP of one. Blends are at 600-700 GWP, which over a 20-year time horizon adds up to 3000. C02 costs about a dollar a pound. Synthetics are $40 per pound. There are now about 30,000 transcritical C02 systems around the world, so it’s definitely the prevailing trend, and it makes so much sense in Canada with our temperatures,” he added.

He talks about systems that CIMCO is designing and installing in B.C., Ontario and Quebec, including one of the first Ammonia/C02 brine systems at Canada Wide Fruit and Vegetable near Montreal.

“When they asked us for a proposal, they expected a freon system, but an ammonia/C02 system is a modern way and it is 30-35 percent more efficient,” reported Benoit Rodier, CIMCO vice president of business development. “C02 meant stainless steel, so a more robust system with fewer leaks, smaller pipes, simpler insulation, and less equipment.” 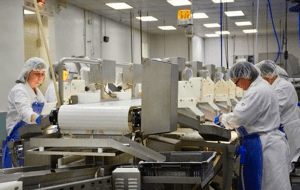 The plant and offices at the Icewater Seafood plant in St. John’s, Nfld. are heated completely with reclaimed energy from the ammonia refrigeration system.

It is a low charge ammonia system with a heat exchanger and C02 in the secondary loop, circulated around the plant. Phase one was 280 tons with one two-kilowatt pump. “Before that this company was spending about $10,000 each year on leaking refrigerant, failing compressors, condensers, and evaporators. Not now.”

The CIMCO equipment also comes with smart controls and temperature sensors. It worked so well that Canada-Wide used it again for a plant expansion, with the new system totaling 320 more tons.

“After that we used the same approach for Metro (grocery store) distribution centres in Laval and Mississauga, Vegetable Pro warehouses in Montreal’s eastern townships, and also in Kelowna, BC, and at Flanagan Food in Whitby,” reported Rodier.

“This system and transcritical seem to be the trend. Transcritical is more popular, probably because the cost has been dropping; but this is more of an industrial grade approach with a 25-year life. Transcritical might be around 15 years.” 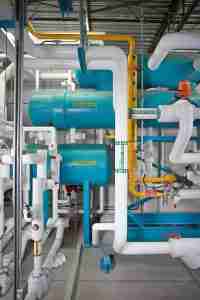 At Canada-Wide, the brine system allows for robust stainless steel with smaller pipes and less insulation.

Walmart uses a secondary loop refrigeration system in about 125 stores. Many of them use carbon dioxide. Whole Foods, Albertsons and Raley’s are also operating successful ammonia/C02 systems. Whole Foods has at least 20 installations.

In 2015 Piggly Wiggly opened a 36,000-square-foot store in Columbus, Georgia using ammonia/C02. It employed a 53-pound ammonia charge and a 1,400-pound CO2 charge. It saves about 25 percent on energy, conforms with ammonia safety standards (IIAR-2, IBC, IMC, IFC, EPA and ASHRAE-15), and is approved by the local fire marshal.

OEMs like Evapco, Azane and NXTCOLD (Hillphoenix), among others, have unveiled low-charge packaged systems and CIMCO and Stellar have begun installing them. Low-charge central systems now include ammonia DX systems from Colmac Coil, ammonia/CO2 cascade systems from M&M Refrigeration, and a remote condensing system developed by Frick. U.S. Cold Storage has adopted this technology at more than a dozen facilities.

At Icewater Seafood in St. John’s, Nfld. they were using old oil boilers to heat the plant and offices until they brought in an engineer to design a better way. “We were using 160,000 litres of oil for heat each year,” reported Icewater CEO Alberto Wareham.

“We decided to upgrade our ammonia refrigeration system by adding heat recovery and use that instead of paying for oil. It was an investment of about $400,000, but we were able to qualify for a government program that paid for about half of the project.

“We used the heat reclaim from the ammonia for the existing hydronic system. It’s 70,000 square feet, so we reduced greenhouse gases by about 355 tons and saved a lot of oil,” added system designer Randy Peddle of HRCM Consulting in St. John’s. “We took 140F from the condenser. Normally it would be 180F, so we had to bump up the number of heaters a little bit.”

He talks about the trends toward new refrigerants. “People are afraid of ammonia because it can be flammable, but you have to have a perfect storm of conditions for that to happen. Still, keeping the charge low is a good idea.” 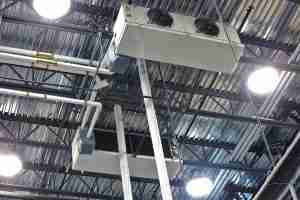 “Out here in Newfoundland we also work on systems for fishing trawlers,” added Peddle. “They need about 8000 to 10,000 tons of refrigerant charge and the blended products don’t work. They just separate. Ammonia works, but again people worry about fires. You don’t want a fire on ship. But we’re figuring out ways to make things safer. They’re building a fishing trawler in Turkey right now and installing an ammonia system.

“You have to keep looking ahead,” he added. “It’s the same thing with the requirements for operating engineers. That standard hasn’t been updated since 1996. Today’s control systems are better than any operating engineer. We recently did a big 1500-2000 horsepower system and the computer is so good you could control the whole thing from your bedroom.”

Global food giant Nestlé also makes extensive use of natural refrigerants. For large and medium-sized systems, and for processing, they usually use ammonia/CO2.  Most of the Nestlé factories have now transitioned from HFCs to natural refrigerants. “Not many” are left to convert, reported Vincent Grass, the company’s global refrigeration leader. He describes a “loss of trust” in synthetic refrigerants because every time a new product came out, a few years later problems would be discovered.

Nestlé also operates 21 supermarkets in Switzerland. Since 2016, the company has only used hydrocarbons in its ice cream freezers, (Propane R-290, Isobutane R-600a, and Propylene R-1270).

Unilever, Pepsi and Coke have placed thousands of plug and play cabinets that use R290. Target, Walmart, McDonald’s and Starbucks have also begun using them. In Europe, in France in particular, tens of thousands have been deployed.

Some 197 countries have ratified the Montreal Protocol, which will phase out virtually everything but natural refrigerants over the course of the next 25 years. For industrial applications, that means the next system you install, so now may be the time to consider going ‘au natural.’