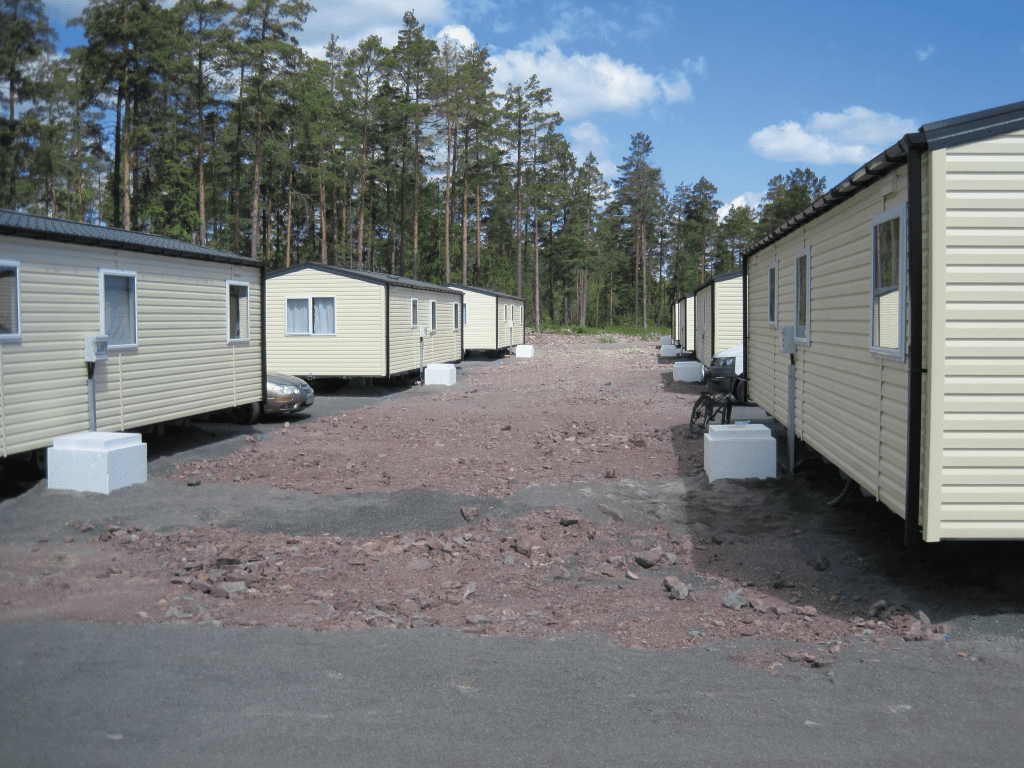 Saniflo grinder/macerating units made it relatively easy to install indoor plumbing at this construction camp.

It is applicable to sanitation systems that are either manufactured as one packaged system or manufactured as a set of prefabricated components designed to be assembled in one location, without further fabrication or modification that influences the system function.

“The adoption of ISO 30500 by Canada and the U.S. will set the stage for great alternatives to existing non-sewered sanitation solutions,” said Dr. Doulaye Koné, deputy director of water, sanitation and hygiene for the Bill & Melinda Gates Foundation. “Mass production of ISO 30500 compliant integrated toilet and treatment systems will result in safe and aspirational affordable systems that will not just benefit the U.S. and Canada, but the entire world, particularly the poor who often have no access to safely managed sanitation.”

This standard originated as an international standard and was developed by 32 countries. Canada participated through the Canadian Mirror Committee, which is part of the Standards Council of Canada.

For the past few years, ISO has worked with partners to develop new sanitation technologies. The Bill & Melinda Gates Foundation has created a “reinvent the toilet challenge,” that aims to deliver sustainable sanitation to the 2.3 billion people who lack access to safe sanitation systems.

“This newly approved standard will aid manufacturers, regulators, and consumers with the safe use of reinvented toilets,” said Edward Osann, senior policy analyst for the Natural Resources Defense Council (NRDC). “Products meeting this standard will offer the health and safety of a working toilet that the rest of us take for granted.”

The standard is available at the IAPMO bookstore in both English and French. For more information, please visit www.iapmo.org.