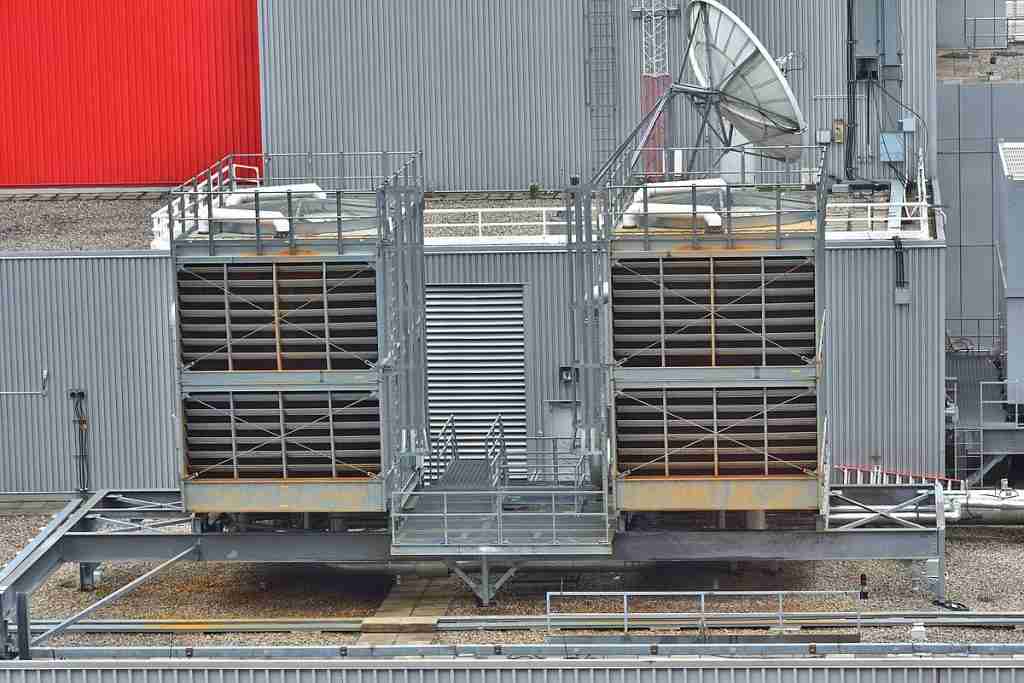 Poorly maintained evaporative cooling towers can contribute to the spread of Legionnaires’ disease.

A new policy report from the National Sanitation Foundation (NSF International), Ann Arbor, Michigan, is urging the creation of electronic registration systems for cooling towers in an effort to track and prevent the outbreak of Legionella.

Most North American cities do not track the location of cooling towers and are “forced to rely on imprecise methodologies during public health emergencies,” the report says, adding that there is a “continued tolerance of widely divergent maintenance practices by building owners.”

According to the report, registries provide municipalities with a management tool for maintenance record-keeping and support to building owners to meet regulations.

“The City of Vancouver is a true leader in North America in advancing public health measures in urban water systems. The uptake of this work is incredible to watch, proving the need for resources to support city inventory of cooling towers to prevent Legionella outbreaks. USDN is pleased to have been able to provide support for such an important effort,” said Nils Moe, USDN executive director.

Cooling towers are the point where heat extracted from a building is dissipated to the atmosphere through an evaporative process. As such, they are a critical component of cooling systems in commercial, industrial, health care, hospitality and residential facilities. There are more than two million cooling towers in the United States alone, making them more common than elevators, yet much less regulated, according to the report.

Poorly maintained cooling towers can disperse Legionella through contaminated water droplets that are created as part of the cooling process. Once inhaled, the bacteria can cause Legionnaires’ disease, an acute form of pneumonia, and the less severe Pontiac fever.

According to a study published in April 2018 in Current Environmental Health Reports, cooling towers were implicated or suspected in the majority of Legionnaires’ disease outbreak-associated deaths examined during the study period between 2006-2017.

With Legionnaires’ disease at a record high, the report argues that cities, states and water utilities should create electronic cooling tower registration systems to improve surveillance and response to cases, as well as to prevent exposure to Legionella bacteria by encouraging proper maintenance of cooling towers.

Additionally, since poor energy conservation practices increase water demand on buildings, registries are an important sustainability tool that can help evaluate the effectiveness of maintenance plans and identify areas for improved efficiency, the report highlights.

The U.S. Centers for Disease Control and Prevention (CDC) reported a record number of 9,933 Legionnaires’ cases in 2018, a more than eightfold increase since 2000. The National Academies of Sciences, Engineering, and Medicine (NASEM) in a 2019 report estimated as many as 70,000 people per year in the United States alone may suffer from the disease, and recommended adoption of cooling tower registries to help prevent or to rapidly respond to outbreaks. Response time is critical in an outbreak and proactively knowing the locations of cooling towers can help public health investigators pinpoint the source for remediation.

According to the CDC, one in 10 cases is fatal, and 90 percent of the outbreaks are preventable.

New York City was the first U.S. city to create an electronic cooling tower registry system after a large outbreak in 2015 that sickened 138 people and led to 16 deaths.

The report details IT specifications to create and rapidly implement an electronic cooling tower registration system.

Registries can also be a crucial tool to measure key sustainability performance indicators, aiding jurisdictions in evaluating the effectiveness of a building’s water conservation plans and identifying areas for improved energy efficiency.

Cooling towers can be a significant source of water demand for a building, representing 20 to 50 percent of total water usage, according to the report, which added that poor management practices result in millions of wasted gallons of water per year in a single cooling tower. In Los Angeles alone, for example, it is estimated that more than two billion gallons of water per year are wasted, according to the report.

The report reflects information collected from participants in webinars on April 15, May 17 and July 16, 2019; as well as a two-day workshop conducted Sept. 9-10, 2019, at the annual Legionella Conference in Los Angeles co-hosted by NSF Health Sciences and the National Environmental Health Association.

NSF and GroveWare also conducted interviews with several agencies participating in the USDN project to gain insight into what criteria and factors were critical to their public health and sustainability missions.