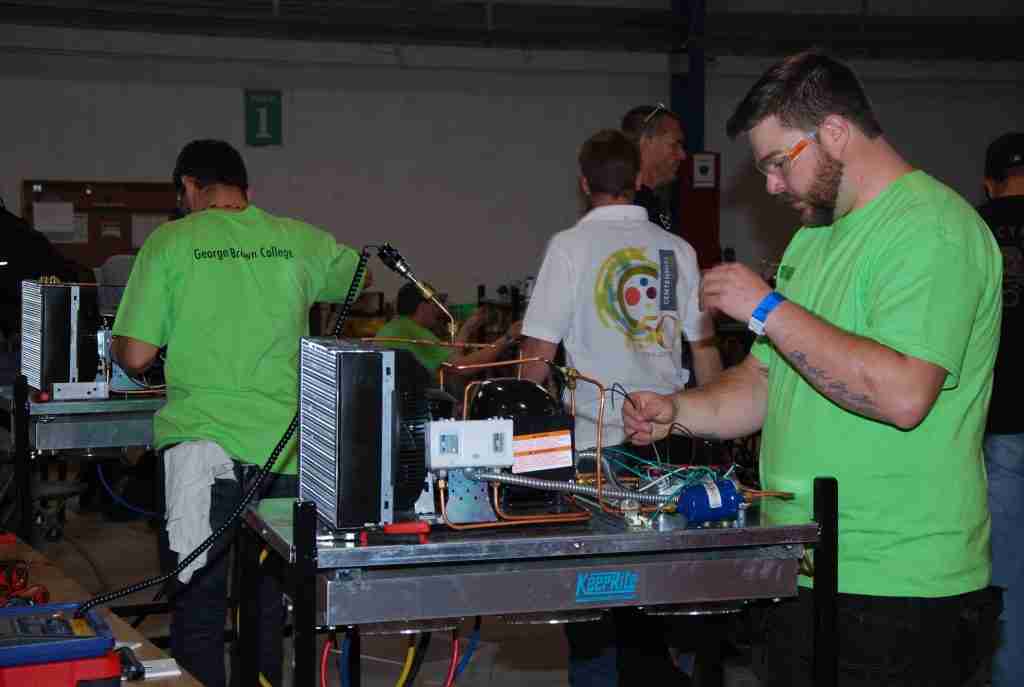 In November the Ontario government announced that it was changing the way apprenticeship works in the province. This included moving to a one-to-one journeyman to apprentice ratio across all trades and winding down the College of Trades, which was responsible for administering apprenticeship.

While contractors that spoke to Plumbing & HVAC at the time largely supported the move, there were questions about the timeline, about how the process was going to work, whether the colleges would be able to handle the expected influx of apprentices and whether the government would provide additional funding to cover training costs.

Under the new system, apprenticeships will return entirely under the jurisdiction of the Ontario Ministry of Training, Colleges and Universities (MTCU), as it was prior to the College of Trades, created by the previous Liberal government in 2009 with its doors officially opening in 2013.

As of early March, little is known about how the MTCU plans to proceed with the changeover. Contractors, associations and unions have had little success in getting information. Repeated calls and emails from Plumbing & HVAC have also gone unanswered. A call to the College of Trades was referred to MCTU.

Since it’s inception, there has been considerable confusion over the College of Trades and its role in regulating the industry. The Heating, Refrigeration and Air Conditioning Institute of Canada (HRAI) recently surveyed members to help create recommendations to the Ministry on how it should proceed with the apprenticeship changes and received a diversity of opinions.

“The answers and the confusion they demonstrate about the role of the College versus MTCU or the Ministry of Labour tells us that our industry had no idea even what the original concept of the College of Trades was or what it was supposed to do,” reported Martin Luymes, HRAI vice president, government and stakeholder relations. “This suggests that the College, since its inception, has not succeeded in communicating its value and mission to the industries it was designed to serve.”

HRAI’s survey probed contractor views on the relative importance of key services related to apprenticeship and trades in the province – curriculum development, enforcement, promotion of careers in trades, adapting trades to meet industry needs, data collection and research, maintaining a public registry and managing apprentice intake – and sought input on who should oversee these services in the future. Opinions on these matters ranged widely, but it appears that most believe the majority of these functions should rest with government, not industry, said Luymes.

“HRAI’s advice to government will have to navigate these diverse industry views,” he added. The recommendations will be vetted by a task group of members prior to submission.

Luymes also noted that various meetings held with the government in the fall indicated that the implications of decisions relating to ratios and the College of Trades had not yet been fully assessed, including the capacity of existing trades trainers to accommodate increased numbers of apprentices, nor the capacity of MTCU to re-absorb the administrative costs currently borne by the College of Trades – and funded by industry.  However, these meetings also revealed a government open to constructive input from industry stakeholders.

In the meantime, the College of Trades is still operating and is expected to do so until the transition is complete, which some expect could take at least until June. “We’ve had discussions with them as recently as a few weeks ago about the steam fitter trade and we had questions, but they didn’t have answers. It seems like they have also been left in the dark,” remarked Mike Gordon, national training specialist for the United Association of Plumbers and Pipe Fitters Canada (UA).

A major concern is whether the Conservative government will fund additional ‘seats’ at the colleges and union training centers to deal with the expected influx of apprentices. “The biggest hang-up is going to be funding from the government. They can say all they want about the need for more apprenticeships,” said Gordon.

Each college and union training centre, with training delivery agent (TDA) status, is assigned a certain number of apprenticeship seats per term. The colleges can fill them or not, while the union training centers must fill every seat, or they will lose them. They often fill surplus seats with apprentices from non-union contractors.

There is a strong industry demand for steam fitters and UA Local 46 (Toronto) has been trying to ramp up training. “It’s really been a challenge to be able to get people through because of the limited seat purchases. It’s taken about four years and (the government has) slowly allowed more seats, but it’s not at the rate where it’s needed… Even if we offer to pay for the training, the government has restrictions on how many seats they allow to go through the system,” remarked Gordon.

Dealing with the influx

Contractors that spoke to P&HVAC have expressed concern over whether trade colleges could handle more apprentices.

Mohawk College in Hamilton, Ont. is one of the largest trade schools in the province, typically putting about 2,700 apprentices through each year.

School officials expect they can ramp up apprenticeship programs as required. “We are always working closely with the Ministry and I can’t see that we will have any problem meeting the needs,” said Wayne Ostermaier, dean of skilled trades and apprenticeship.

It may mean running a second intake of apprentices, he added. Currently, first-year plumbing apprentices, for example, attend school six hours each day. If there’s an influx as a result of the ratio changes, the college would add a second session each day.

But he adds, “I don’t see any issue with being able to meet the demand because I don’t think it’s going to be what everybody is assuming.”

One-to-one not for everyone

UA doesn’t expect the change in ratios will have much effect with large contractors and large projects. However, added Gordon, “We understand that in the smaller mechanical shops that the (higher ratio) has been restrictive… The bigger ICI shops couldn’t meet a one-to-one ratio if they wanted to because they need that oversight.”

“When the dust settles, I expect a lot of those will go to, at most, two-to-one and some are remaining at three-to-one even through they are legally allowed to go to one-to-one.”

The Ministry and trade colleges are also working at streamlining the apprenticeship education process, reported Ostermaier. “There’s a lot of activity going on with the management of apprenticeship.”