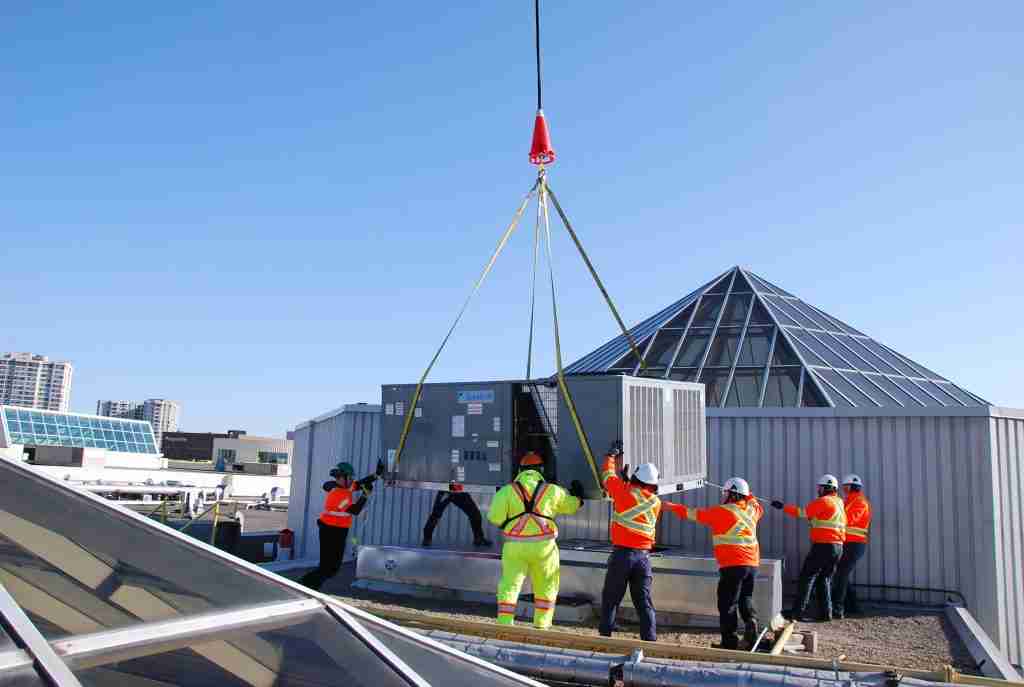 Contractors are welcoming the Ontario government’s plans to remove one of the biggest barriers to bringing new people into the trades.

On Oct. 23, the Ontario government introduced Bill 47, the Making Ontario Open for Business Act, which will change the ratios and wind down the controversial College of Trades, the agency created by the previous Liberal government to oversee the trades.

The existing rules require three journeymen for every apprentice in most trades. “It has been a major roadblock,” said Grochmal. “At one point I had 15 young guys working for me that had a gas fitter ticket but wanted to get into the air conditioning or sheet metal trade and we couldn’t take them on because we didn’t have enough journeymen.”

“Finally, we get some action,” said Albert Salvatore, president of Sprint Mechanical in Toronto. “I’m happy they are getting rid of the College of Trades,” he added, noting that in about a dozen meetings they had failed to make progress on ratios. “They were trying to fix it at the end.”

“For small companies like ours this is going to be wonderful because we will be able to sign more people up…. We have in the past lost some very good employees because we couldn’t accommodate them,” remarked Nancy McKeraghan of Canco ClimateCare, Newmarket, Ont.

“The goal is to have a three-year residential apprenticeship, but it gets extended because we can’t get them signed up and get them into school, so what everyone has been doing… is that they challenge the exam. While they may be able to pass the exam, they may not have the real solid background that you’d like to see in the trade,” added Grochmal.

The College of Trades was established in 2009 to administer apprenticeships and enforce licensing, which it began doing in 2013. Legitimate contractors applauded the College’s efforts to clamp down on renovation contractors and others doing work in the mechanical trades without the appropriate licenses, but they also found themselves targeted at times.

There was a question about where people on a job site who were neither a journeyman or apprentice fit in. When sprinkler fitter became a trade in 2017, suddenly plumbers and steamfitters that had been doing that work for years couldn’t.

They were supposed to be grandfathered in and given their sprinkler fitter licences, said Salvatore. “I had 50 guys; none of them got it… Some of them were 30 years in the trade; all of a sudden they couldn’t do it anymore.” The result was that the cost of sprinkler fitting tripled because there weren’t enough qualified trades.

“I’m not sure I understood the rationale for OCAT in the first place,” added Grochmal. “Apprenticeships were still always done through the (Ontario Ministry of Training, Colleges and Universities).”

McKeraghan said she would have liked to have seen the government consult with the industry before making the change. “I think there were some very positive aspects (to the College) and I wish they would have taken a look at overhauling. The whole College was not wrong; there were some aspects that were not working, but why don’t you fix that?”

Martin Luymes, vice president of the Heating, Refrigeration and Air Conditioning Institute of Canada (HRAI) said in the group’s newsletter: “It is unclear what the implications will be of the reclassification moratorium on the development a hydronic heating trade program, which was seeing some real progress of late.

“Terminating the Ontario College of Trades might also be welcome news for some in the industry but only if a more responsive and agile system of governance can be developed in its stead. This is an area of regulation too important to be left in limbo. While many HRAI members believe that OCOT never quite achieved its goal of being the “self-governing” body it was intended to be, they might also be cautious about returning responsibility for trades training and apprenticeship oversight to the government.”

There is also concern over whether trade schools can accommodate the expected influx of apprentices. “The bad news is that it’s going to take awhile for the schools to ramp up and put enough classes in place for all the people that are going to sign up,” said Grochmal. “They’re going to hire some staff and train them… Hopefully the government follows through and gives them the resources they need to effectively serve the contractors that are going to be clamouring for this.”

However, everyone agrees that changing the ratios was critical in an industry where so many experienced people are reaching retirement age. “I believe that going forward with the one-to-one is very advantageous for youth – and anyone – wanting to come into our industry,” remarked McKeraghan.