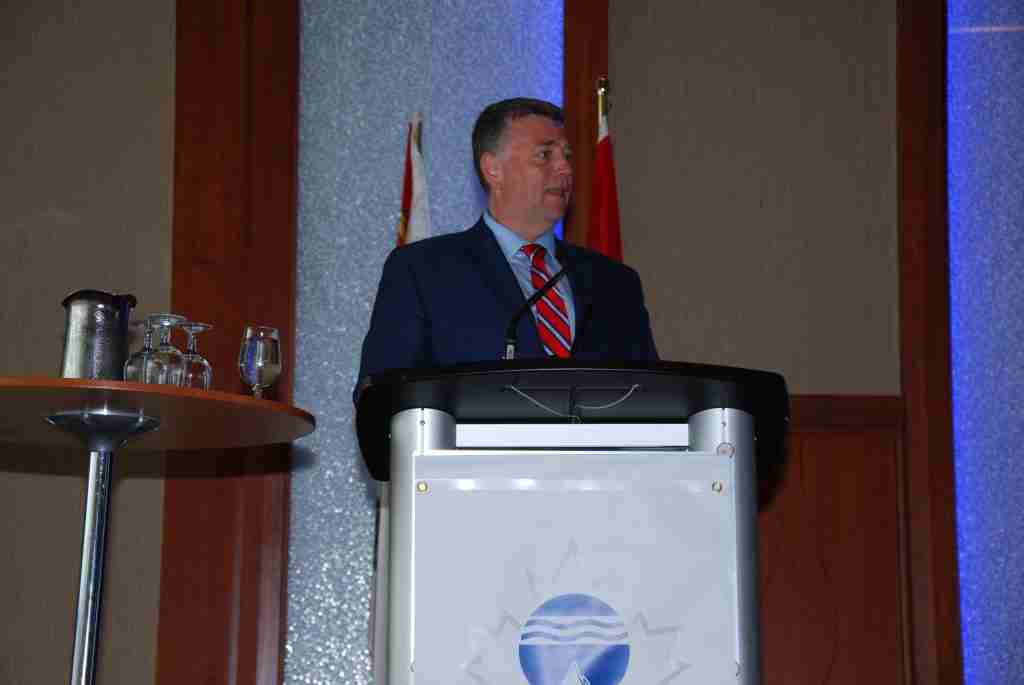 Dennis King, premier of Prince Edward Island, speaks to a packed dining room at the 2019 CIPH AGM in Charlottetown, P.E.I.

Charlottetown, P.E.I—Prince Edward Island is taking its next steps to becoming a fully net-zero province. Premier Dennis King and finance minister Darlene Compton announced that $195.9 million would be earmarked as part of the 2021-2022 capital budget and will be going towards efforts to make the province net-zero.

“This has been a year of challenges, but Islanders have come together to support each other during these unusual times,” said King. “As we have from the beginning, we will be there for Islanders as we continue to make meaningful investments in our schools, our communities, our wellness and our environment to ensure that we create a more sustainable future for all Islanders.”

The total for the current five-year plan will see planned spending of $747.6 million—this will be offset by $156.4 million in revenue recoveries from health foundations and cost-sharing agreements with the federal government. All of these initiatives comes as part of the province’s “Path Towards a Net Zero 2040” and the government attempting to become Canada’s first net-zero province. Current, ongoing and future projects are expected to take a “net zero lens” approach, according to the province.

“This capital budget makes a bold and unequivocal statement of faith and commitment to the people, communities and future of Prince Edward Island,” said Compton. “The investments we are making are a continuation of our commitment to building and maintaining the vital infrastructure required to provide the services valued by Islanders. As we progress through our period of recovery, we will continue to provide the needed stimulus and support for our economy for the betterment of all Islanders.”

Investments in schools and students are a large sum of the initiative. This includes $46 million for upgrades to École Évangéline, École-sur-Mer, Eliot River, Montague Consolidated and West Royalty Elementary schools. The province will also be designating $42.1 million for a new school in Stratford and $25.2 million to replace Sherwood Elementary—both schools will be redesigned as net-zero facilities.

In addition, hospitals are expected to receive funding, with $145 million continuing to fund the replacement of the Hillsborough Hospital and the development of a Mental Health Campus. The province will also be providing $19.7 million to support the development of health care hubs in West Prince, Kings County, and Summerside areas.