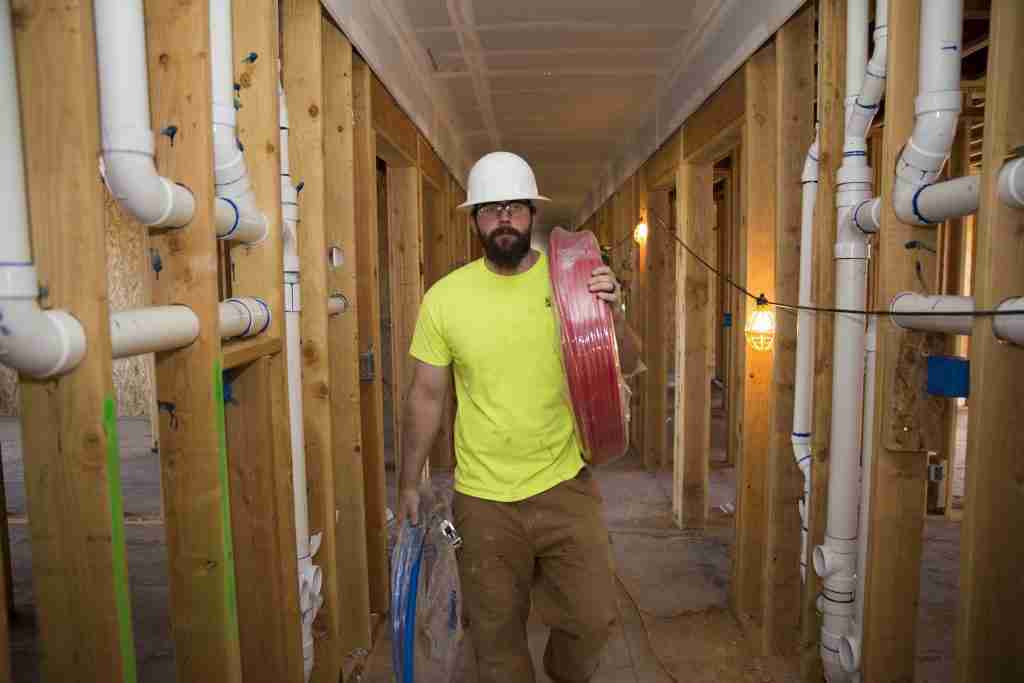 Instead of copper, there are now a wide array of plastic piping options, including CPVC, PEX and PE-RT. Photo: Courtesy of RWC

By John Tenpenny
They say variety is the spice of life and that is certainly true for plumbing contractors these days.
Showing up for a service call to repair or install a new potable water system in a home, plumbers can encounter, or have the choice of, not just copper piping anymore, but several plastic piping options, including CPVC, PEX and PE-RT.
“The change curve in our industry has been a bit slower than others to adapt to some innovation and technologies,” says Gordon MacDonald, sales support supervisor with Reliance Worldwide Corporation (RWC), manufacturers of SharkBite PEX-b pipe and push-to-connect fitting system.
“The movement towards plastic and polymers is going to be the wave of the future because of its versatility, the different sizes and shapes it can accommodate.”
“The future of plastic piping is very bright and that’s because of its advantages over metal,” says Paul Agapito, marketing segment manager, plumbing & mechanical for IPEX, which offers AquaRise, CPVC hot and cold potable water distribution systems for commercial, industrial and high buildings.
“Thermoplastics have a greater life expectancy, resistance to degradation, ease of installation because plastic piping is lightweight it requires less labour to install.” 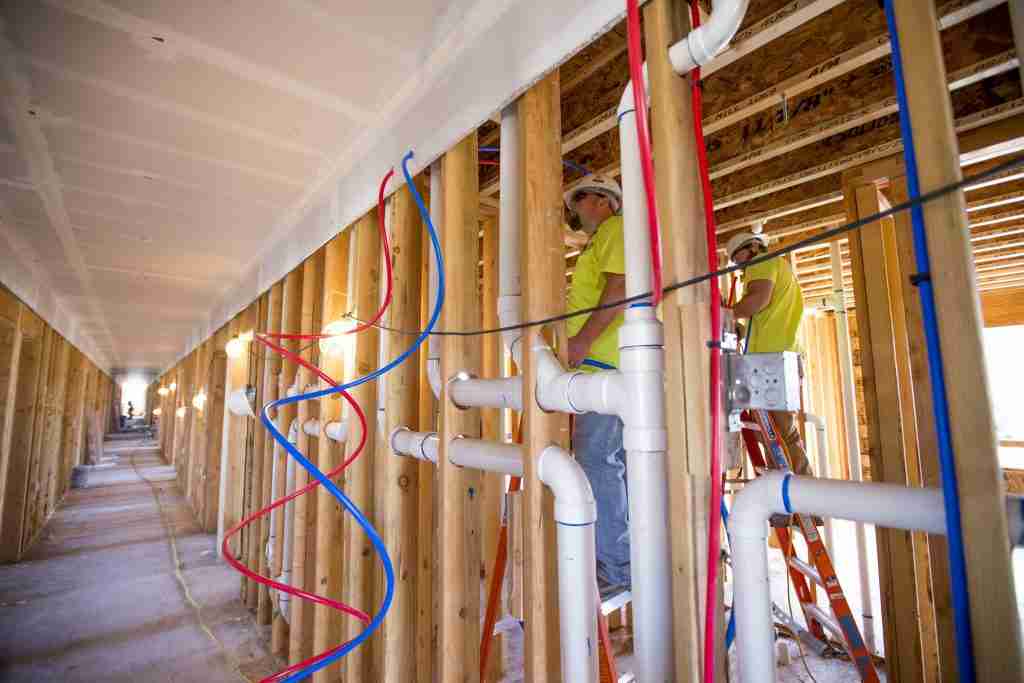 Chemical balance
PEX (or crosslinked polyethylene) is part of a water supply piping system that has several advantages over metal pipe systems. It is flexible, resistant to scale and chlorine, doesn’t corrode or develop pinholes, is faster
to install than metal or rigid plastic, and has fewer connections and fittings.
PEX tubing is made from crosslinked HDPE (high density polyethylene) polymer. The HDPE is melted and continuously extruded into the tube. The crosslinking of the HDPE is accomplished in one of three different methods. Crosslinking is a chemical reaction that occurs between polyethylene polymer chains. Crosslinking causes the HDPE to become stronger and resistant to cold temperature cracking or brittleness on impact while retaining its flexibility. The three methods of crosslinking HDPE are the Engels method (PEX-a), the Silane Method (PEX-b), and the Radiation method (PEX-c).
Don’t tell Kevin Wong, Canadian codes manager, Uponor North America, that PEX is an alternative material though.
“[PEX] has been in use for the last 30 years and is well established in North American codes,” he says. “Our building and plumbing inspectors have been accepting it for a very long time now. But education to the trades, our engineers and even property managers and building owners is very important. The reality of the matter is that as chemistry and physical attributes of the building change; as water chemistry from the municipality change, pipes will eventually have to be replaced. This is a fact and pipe material agnostic. Clear guidelines for design, installation, commissioning, performance and maintenance is key to longevity.”
CPVC (chlorinated polyvinyl chloride) is a thermoplastic produced by chlorination of polyvinyl chloride (PVC) resin, which is significantly more flexible and can withstand higher temperatures than standard PVC.
“When it comes to hot and cold potable water distribution systems, CPVC has been used for many years because it leaves behind many problems like pitting, scaling and corrosion associated with some of the traditional materials like copper, says Laure- Anne Larose, EIT, product specialist, hot and cold water, with IPEX.
An AquaRise water distribution system offers increased flow capacity when compared to alternative piping materials, says Larose. “AquaRise and copper have similar IDs, while PEX and CTS CPVC are considerably
smaller. Most of the time, during pipe sizing, AquaRise can be used as a direct substitute for copper, while a larger size of PEX or CTS cCPVC may be required to maintain equivalent flow.”
A relative latecomer to the North American market is PE-RT piping, which is a polyethylene (PE) resin in which the molecular architecture has been designed such that a sufficient number of tie chains are incorporated to allow operation at elevated or raised temperatures (RT).Tie chains “tie” together the crystalline structures in the polymer, resulting in improved properties such as elevated temperature strength and performance, chemical resistance and resistance to slow crack growth.
PE-RT is well-established in Europe, where it shares the market with PEX relatively evenly. According to Warren Lowe, president of CB Supplies, the reason that PE-RT took so long to arrive was that the material used in Europe did not pass the North American chlorine requirements until 10 years ago when Dow Chemical came up with a new, stronger resin, capable of withstanding the higher chlorine levels.
“It’s an investment to manufacture PERT, so there is resistance from some PEX manufacturers,” adds Lowe.
CB Supplies manufactures single and multilayer PEX-b tubing as well as its own PE-RT product—VIPERT—which Lowe says offers increased flexibility/relaxed memory, excellent hydrostatic strength and burst pressures that surpass required industry standards.
“PE-RT is not as popular in the marketplace right now,” says MacDonald, “but we see a movement towards it in the near future.
Another advantage of PE-RT, point out MacDonald and Lowe, is that it is environmentally friendly, in that the material can be recycled, while PEX cannot. 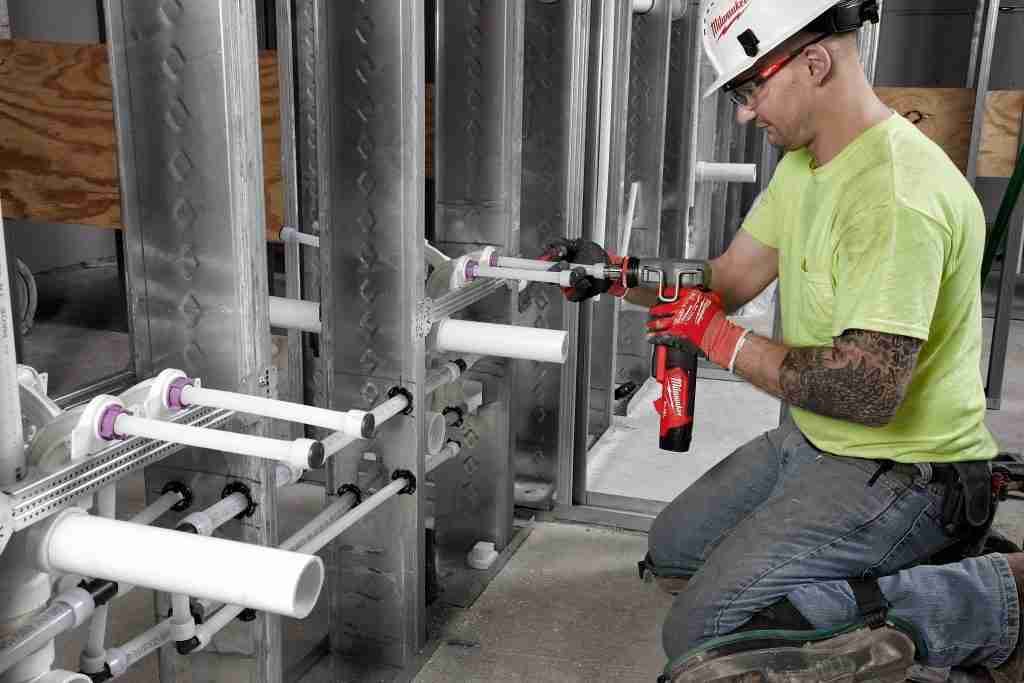 All systems go
For Wade Peterson, vice president, sales and marketing with HeatLink, when it comes to selling potable water components, it’s not an either/or proposition.
“We really try to hold or sell the entire system. If someone wants to buy our fittings, but not our pipe, we don’t offer it to them,” he says.
“I’m a firm believer in systems; because it’s rare that the individual components fail, and leaks generally occur at the connection.
“When you have a leak between a pipe and a fitting from two different manufacturers, no one stands behind it.”
Wong agrees. “The biggest cost to a plumber is call backs where there is a leak. Our systems of cold expansion fittings are flameless and when done correctly, mitigate the risk of leaks versus other joining methods.”
With more than 40 years of service and more than 17 billion feet of pipe installed worldwide, Uponor offers a PEX-a plumbing system along with its ProPEX connection system consisting of rings and fittings, which Wong calls “bulletproof.”
To Peterson’s mind a complete system that includes everything and that is designed to work together and most importantly warranted together, is the best option.
“Part of our whole system approach is that customers are required to be trained by us in order to be registered for our warranty.” 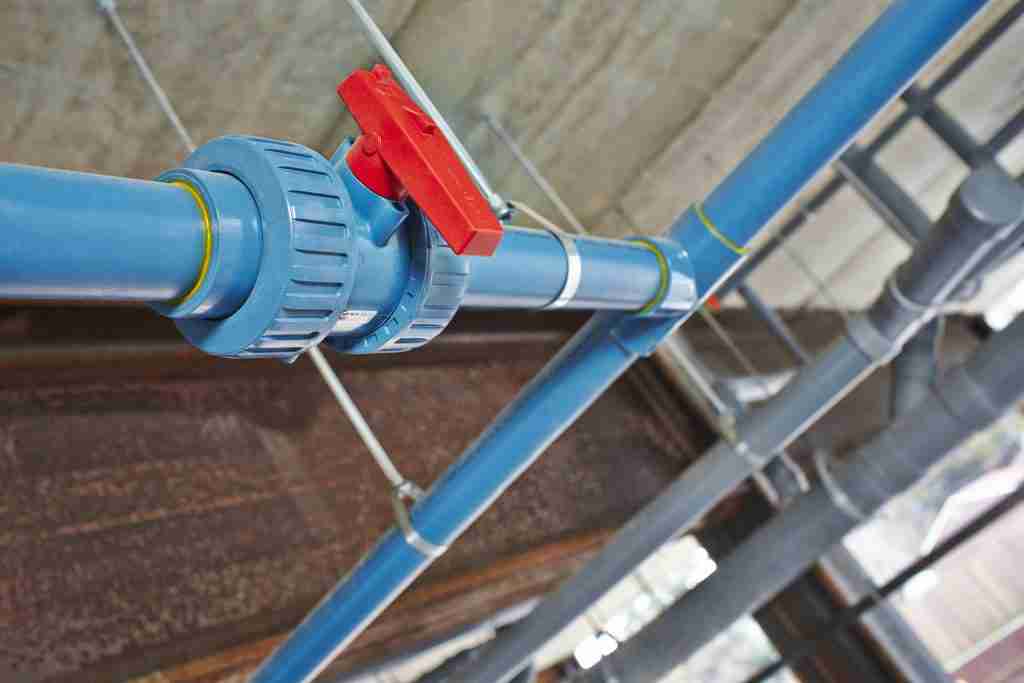 HeatLink’s Potable Water System features PEX-a tubing, both polymer and brass fittings and multiport tees, and a choice of stainless steel press sleeve or PEX-a expansion ring connection technology.
According to Peterson, the press sleeve method is lower cost and is faster to install than the cold expansion system, which stretches the pipe and the ring over the fitting and is then pushed in.
But the expansion system has advantage of being more “idiot-proof ” in his opinion. “If you don’t use the tool properly you can’t get the fitting into the pipe. It takes some of the risk out of having a connection done wrong.”
The expansion system also offers better flow characteristics, says Peterson, due to the larger ID of the expansion fittings.
On the downside, depending on the installation temperature you may not be able to pressure test for 24 hours because it takes that long for the pipe to shrink.
“It’s a business decision, on which system is better suited to the installation/project.”
Rehau is another manufacturer that offers a pipe and fitting system with its RAUPEX UV Shield PEX-a pipe and EVERLOC+ compression-sleeve fittings.
According to Dale Hanscomb, location and sales manager, building solutions for Rehau, the fittings have four sealing edges to deliver leak-free reliability, while the pipe resists corrosion, pitting and scale buildup.
“Our pipe is strong enough that we can bell out the end of the pipe to make room for the fitting, which is almost the same dimension as the inside of the pipe, so there is very minimal flow restrictions through our connections.
“It’s also a visual connection. The sleeve slides over the pipe, and is then pulled up on the connection. It is a very quick assembly, which is good in any weather and does not require a waiting period for a pressure test.”
As to the increased popularity of plastic piping systems, Hanscomb offers: “More and more contractors are coming to the polymer solutions, like PEX for plumbing, based on stability of cost, ease and quickness of installation and at the same time the systems are proven and carry a good warranty.” 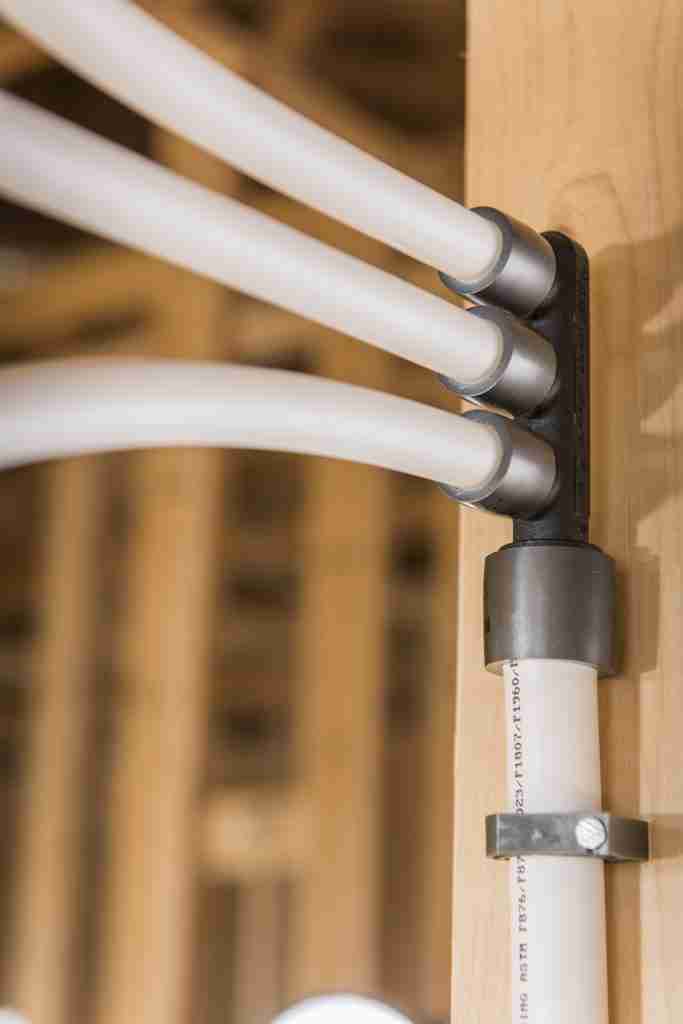 As sustainability and green building continue to march forward, the use of plastic piping for potable water systems will see diminished use of copper pipe, a material which is very energy-intensive to produce.
“We need to cater to more sustainable building practices and be involved with building disciplines to help develop and address future concerns,” says Wong.