You are at:Home»News»Provinces ranked by energy efficiency 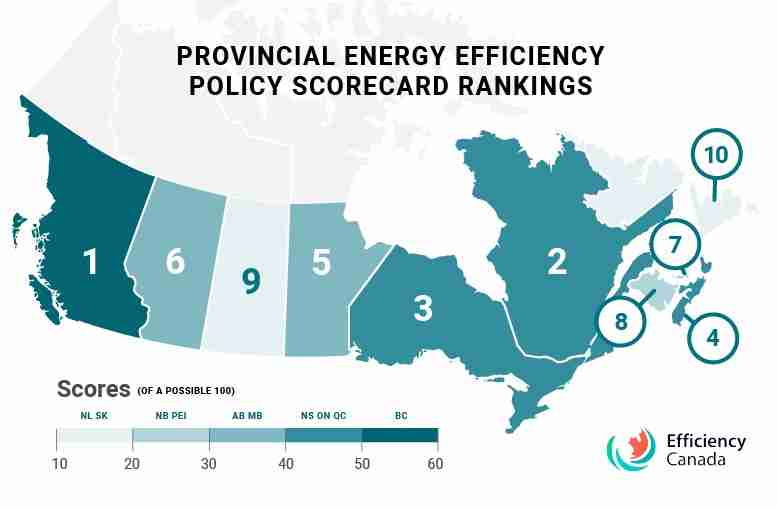 A Canadian energy efficiency scorecard puts B.C. at the top and Nfld. and Labrador at the bottom. Efficiency Canada, an advocacy group based at Carleton University in Ottawa, has released its 2019 Provincial Energy Efficiency Scorecard that ranks the provinces out of a score of 100. 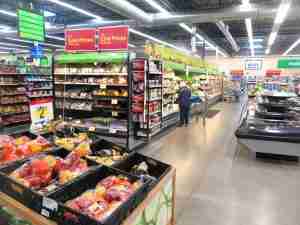 Radiant piping in the polished concrete floors and LED lighting are among the energy-efficient features.

This year’s rankings are as follows:

“Imagine thinking of all that energy waste from our homes, businesses and industry as a resource, just like natural gas, oil or wind turbines,” said Corey Diamond, Efficiency Canada executive director. “Now imagine harvesting that ‘resource’ in every community across Canada, creating jobs and meeting our climate change commitments. At a time when much of the country is at odds on our energy future, boosting energy efficiency is surely something all Canadians can agree on.”

B.C. leads in building, enabling strategies, and industry, whilst Quebec is the national leader in transportation efficiency, and Nova Scotia topped the results in energy efficiency programs.

“The province is also a leader in energy efficiency research and development. It had the largest share of Natural Sciences and Engineering Research Council (NSERC) grant funding for energy-related research going to energy efficiency projects.”

Ontario led Canada in electricity savings in 2017 and has developed building codes and appliance standards that are among the most energy-efficient in North America, the report states/ It is the only province with a mandatory building energy reporting and benchmarking program. Ontario lost points due to “regressive policy changes, including cutbacks in electricity program budgets and cancellation of the Conservation First Framework, cancellation of electric vehicle charging policies, removal of a provision in the building code that would enable electric vehicle charging, and cancellation of a cap and trade system with revenues used to bolster energy efficiency,” per the report.

Nova Scotia leads in energy efficiency programs, with high electricity savings and a policy framework that makes investments in non-electric energy efficiency. They also have programs that target energy poverty.

“Today’s launch of the Provincial Energy Efficiency Scorecard tracks progress across the country, creating a friendly competition amongst the provinces so we can reach the potential that energy efficiency has to offer,” added Diamond.

Every province has strengths and areas for improvement, said Haley. Energy efficiency can be described as the energy saved with “smart” building technology and appliances. The International Energy Agency (IEA) estimates that 40 per cent of global Paris Agreement GHG reduction commitments can be met with energy efficiency measures, such as better insulation, smart home heating and cooling technologies, LED lighting, and high-efficiency appliances.

An earlier report by Efficiency Canada estimated that 118,000 annual jobs would be created between now and 2030 by implementing the energy-saving policies found in the Pan-Canadian Framework on Clean Growth and Climate Change.

The territories were not included in the scoring due to “challenges accessing information and some methodological challenges finding useful comparisons.” In the future, Efficiency Canada hopes to include the Yukon, Northwest Territories, and Nunavut in the study.