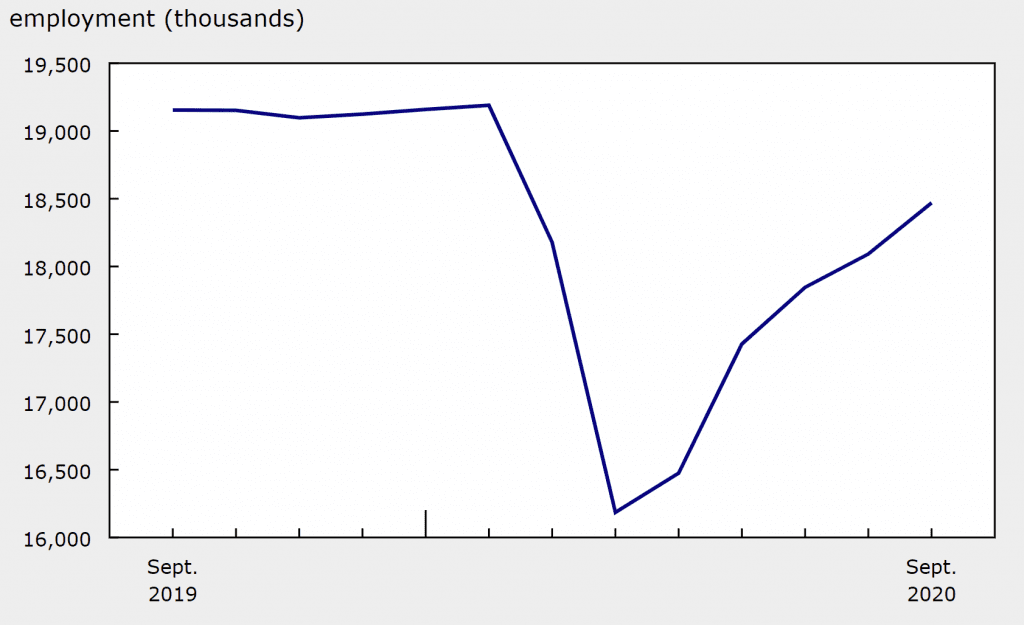 Ottawa, ON—A long road to recovery still remains for the construction industry, according to a Statistics Canada report on labour. Employment in construction remained little changed for the second consecutive month in September and was down by 8.1 per cent (or 120,000) compared with its pre-COVID levels.

The survey broke down which demographic was affected the greatest in the labour sector. Core-aged men (aged 25 to 54) were affected by the recent slow growth in construction. Things were similar for females older than 55 in the construction sector, which saw a decrease in September.