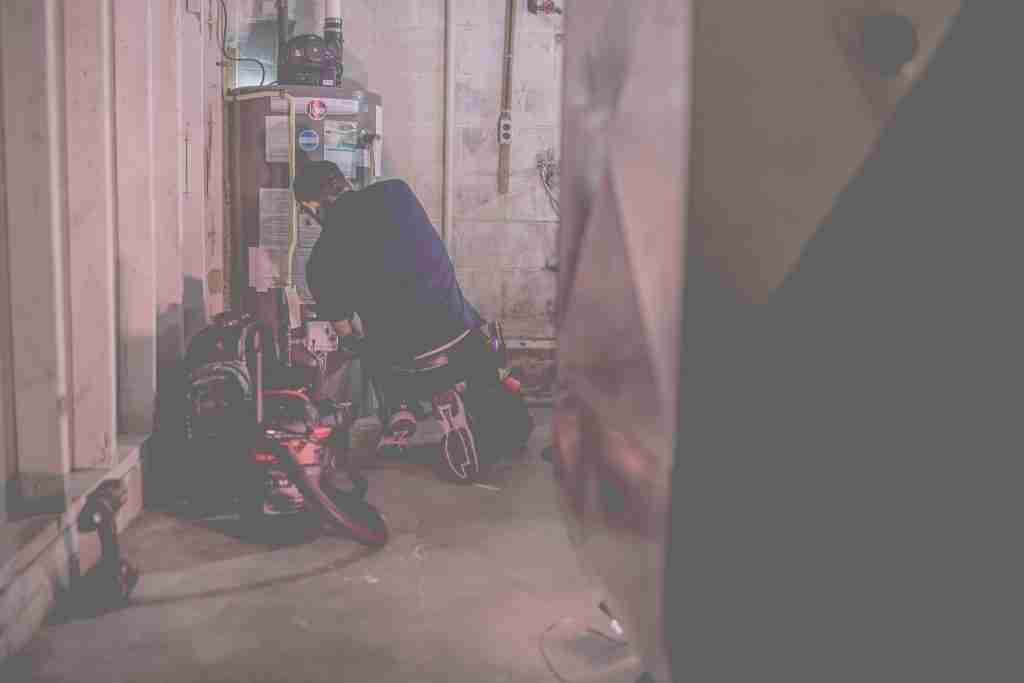 Energy efficiency remains an ongoing trend when it comes to the performance of water heaters, given that they are generally the second biggest energy user in the home.

Tank type water heaters are still the dominant player in the domestic hot water (DHW) marketplace. These water heaters are a simple, inexpensive technology everyone has been using for many years and they are available in multiple fuels, most often electric or natural gas.

Additional energy sources are under evaluation to supply water heaters, including secondary network with a heat exchanger, geothermal systems or even solar thermal panels.

“These are expensive systems but can reduce significantly the energy bill,” says André Massé, senior product manager at Giant Factories Inc. “However, photovoltaic solar panels could surprise us in the future, as the prices of such systems are currently falling due to strong global demand.”

But not content to rest on its laurels, tank type water heaters are moving towards a greener future and despite their dominance, the industry is heeding the call for more energy efficient models, says Joe Drago, product manager for Bradford White Canada.

“Energy efficiency remains an ongoing trend when it comes to the performance of water heaters, given that they are generally the second biggest energy user in the home,” he says. “These efficiency changes are often brought about by regulatory requirements and/or new technology.”

“Where at first it was the early adopters who wanted the most efficient product, now we’re seeing it become a more transactional type of purchase, where the general population is getting interested as the prices have come down and the reliability has gone up.”

Rheem models include leak detection built into the tank. “Now you can tell if the leak is inside the tank,” explains Muzyka. “It detects up to 20 ounces of water and once it reaches that level, it will shut off, so there isn’t a nuisance trip.

“It mitigates damage because only the water in the tank will leak.”

“In hybrid mode it uses the heat pump as the primary (water heating mode) and the resistance elements are secondary to help it recover faster due to high hot water demand,” remarks Ian Reinhart, marketing manager, wholesale with A.O. Smith Enterprises.

It’s the best of all worlds, according to Muzyka. “You get the power that you can get with an electric water heater for better recovery, and you use ambient air resulting in less expense to run it.”

Most of the major water heater manufacturers offer a hybrid heat pump version today—the AeroTherm series from Bradford White, the Voltex hybrid from A.O. Smith and the Professional Prestige Hybrid Electric from Rheem. They are more compact than earlier versions and available in multiple sizes.

Another trend emerging in the water heater market is the gradual rise of gas-fired condensing technology, for both storage tank and tankless type water heaters.

Additionally, more sensible heat may be extracted because condensing gas water heaters are not limited by the flue temperatures in the system.

The utilization of latent and sensible heat increases thermal efficiency by up to 18 per cent, directly reducing water heating costs.

The demand for condensing gas water heaters is moving faster in the commercial market, according to Reinhart.

“There has been a shift from non-condensing to condensing products—in other words, high-efficiency products with a Thermal Efficiency above 90 per cent.”

Reinhart estimates that commercial condensing gas water heaters made up 40 per cent of the 2020 Canadian market, up from 26 per cent in 2014.

“That whole market is shifting, and the biggest reason is regulation. The government is putting more stringent regulations on gas products. By 2023 for new construction, it will be all high-efficiency products.”

On the residential side the trend is a little bit cloudy, says Reinhart, as the high efficiency market is categorized by Energy Star, which includes non-condensing units. Reinhart estimates that high efficient Energy Star gas water heaters make up approximately 35 per cent of the residential gas market, a number that has been relatively stable since 2014.

The reason? “It’s a tougher sell to homeowners,” he says. “On the commercial side, businesses are more willing to accept the cost increase because they can save that money. The payback on the water heaters is much shorter because they are used more frequently.”

Massé concurs. “Gas-fired condensing water heaters are popular among the heaviest users of hot water. However, its complexity of installation, its maintenance as well as its price remain obstacles.”

The tank-type water heater market is currently changing and there is a push for more conscious consumption, he adds, pointing to Giant’s EcoPeak water heater, a cost-effective, three-element water heater that lowers the collective electricity demand during peak periods. Unlike traditional two-element water heaters, three-element heaters draw less power and spread energy consumption throughout the day. According to Massé, it makes peak management easier for the energy supplier, but slightly increases the recovery time.

Today’s units are more compact, meaning it doesn’t take three guys to carry it down the stairs anymore.

The ideal is to locate the hybrid unit where there is a source of warm air, like the furnace room. Hybrid tanks require about 700 cubic feet of ambient air to operate properly. If the room doesn’t have the volume, a duct kit can be used to bring air from another part of the house.

“Available space and venting requirements must be understood when guiding a homeowner on what product to buy, in addition to knowing the capacity needs of the customer’s household,” says Drago.

“Heat pump water heaters need to be placed with sufficient ambient air to operate effectively, adds Reinhhart. “Otherwise the unit is going to remain in electric mode all the time.”

Drawing air from outside as much as possible also minimizes the load on HVAC equipment and the “free heat” during the summer months is considerable. A damper can be installed in the system to switch from inside to outside air. Kits are also available to exhaust the cooler air if you don’t want to cool the location where the water heater is installed.

Same thing goes for gas water heaters. “They need an appropriate amount of air to draw from the room, or it’s not going to work,” says Reinhart.

Thermal expansion tanks should also be installed to avoid potential damage to he inside of the water heater tank. “As water is heated, it expands, so it is very important so that the expanded water has some place to go. It’s also important to remember that thermal expansion tanks need to be connected to the cold water line and that the bladder inside needs to be pre-charged with air to match the incoming water pressure.”

Standard is no longer good enough for most homeowners now, says Muzyka.

“The Internet has started to drive what people are putting in their homes and contractors are now going in with good, better, best options and moving away from a standard water heater. They can now offer a premium product with extra features that allows them to change their approach to business and install a higher-margin product that not everyone is promoting.”