Ever since the day Bill Gates sold an operating system to IBM that he didn’t even own yet, there have been two ways to talk about information technology. You can say what’s theoretically possible; or what’s actually currently do-able.

No matter how skeptical we might be, we all seem to agree that when computers work, they work really well. These assertions seem to apply to the current state of computerized control systems for HVAC and for general building management. When they work, they can do some amazing things.

For example a lot has been written in this space about using sophisticated controls for optimizing energy use in a home or commercial building by moving and recovering heating and cooling energy between modern and conventional HVAC zones and equipment. Less often have we looked at organizations that use controls and data holistically across a big organization to find the best potential ways to save energy and prioritize capital improvements.

The value of data

At the York Catholic District School Board in Ontario, HVAC engineers have been working with control systems and building automation systems (BAS) for 17 years. They have been ramping up steadily during that time, starting and finishing different projects and phases. They currently have 83 of their 105 schools connected to a BAS. And they have three different BAS systems, added at three different times under separately budgeted projects.

The amazing thing that they have accomplished is HVAC cost savings of between 45 and 47 percent and an improvement in weather-adjusted energy intensity to 50.12 megajoules per square foot in 2015 compared with 89.4 megajoules/square ft. in 2000. In dollars, we’re talking $4.5 million in unnecessary cost savings.

Williams and Abdul Billahi, energy manager, track operation and efficiency for multiple schools in the York Catholic District School Board.

How did they do it?

They just went down to the BAS store, bought a product for $49.99 and have been saving millions ever since. Yes, I’m kidding! It’s a lot more involved than that. Like in the Bill Gates example, with a BAS almost anything is ‘theoretically possible’ and almost nothing can be accomplished on day one. “They’re actually called ‘programmable building automation systems,” reported Abdul Billahi, the Board’s energy manager. “Every job is a custom job.”

To connect just one high school to the system involves about 300 points. A point is one function on one piece of equipment. Changing the temperature of water in a heat pump is one point. Changing the speed of a fan is one point. Making sure in real time that the speed in fact did change is another point. Each of these points requires mechanical devices, sensors, and so on, somewhere in the school, plus programming into the system. “To add one school to the system could take four people two to three months,” says Billahi. Having 83 schools connected was no small project.

When senior manager, environmental services, Norm Vezina and Billahi first considered the importance of controls in 1999 they realized it was a vast undertaking, but also that it offered significant potential upside. The priority at the Board was the comfort of 50,000 students and 5,000 staff personnel; without regard to efficiency. “We did not have staff to monitor energy. We were stretched with the usual challenges: service calls, boilers, chiller shutdowns, putting out fires,” said Vezina.

But it was a new century and the world was changing. Large organizations could not afford to ignore energy cost volatility. Educational institutions needed to know about their own emissions. They wanted to move away from fossil fuels by changing their equipment.

But it was tricky with that many schools and really no data. They decided the focus would be just as much on collecting data about energy efficiency as about how to achieve better efficiencies. What they didn’t fully realize was that good controls helped significantly with both.

Connecting 83 schools in the York Catholic Board, with more to come, proved a challenge.

They took a variety of routes toward better control systems. They hired staff programmers and engineers. They hired the vendors of the BAS systems they were using to do some custom work. They contracted with consulting engineers to do retro-commissioning of equipment already in the schools, and added some higher efficiency, cleaner HVAC equipment. Each of these initiatives informed the others. Having better data made a big difference. “Most of the $4.5 in cost avoidance came from reinvesting in controls, not very much in modern HVAC equipment,” says Billahi.

“It didn’t seem to matter how many people we hired to work on programming, we kept saving more money,” says Vezina. Now that most of the schools are part of the system, they will be looking more at HVAC technology itself. The process of choosing the right capital project priorities should go smoothly. “From my office I can control virtually every classroom and every office in the Board,” says Vezina.

It’s easy for them to identify areas with a lot of potential, to zero in on a stuck-open damper or to analyze the effect of such an anomaly on other dampers and loads.

“We have more than 5,000 chillers connected to our data cloud 24/7 and we collect 87M+ chiller operations per day around the world,” reported Don Albinger, vice-president of product development for Johnson Controls in Milwaukee, Wisconsin. Auto-fault analytics and failure prevention is the holy grail of HVAC data collection. It’s extremely complicated and still being developed.

“We take our real time operational chiller data and analyze it against machine specs, while considering weather conditions and service histories, and we are getting close to accurately predicting equipment failures.

“In one case we have a service agreement with a hospital. We were receiving data indicating degrading performance of the cooling equipment serving an operating room. We went to the customer and said this equipment is headed for trouble and when it fails it could cost ten times as much to replace the chiller as it would cost now to do some preventive maintenance. They agreed. Our prediction was based on startup patterns, part load operating characteristics, and other stresses on the machine; none of which you might see in a physical inspection,” he added.

“In another case our customer opted for a diagnostic board on some of our rooftop units. Just prior to a big wedding reception at the facility, one of the units began cutting out. Our tech specialist was able to access complete records on the fault. We reset the unit remotely, then sent the mechanic with the right refrigerant charge and he fixed it within an hour.” 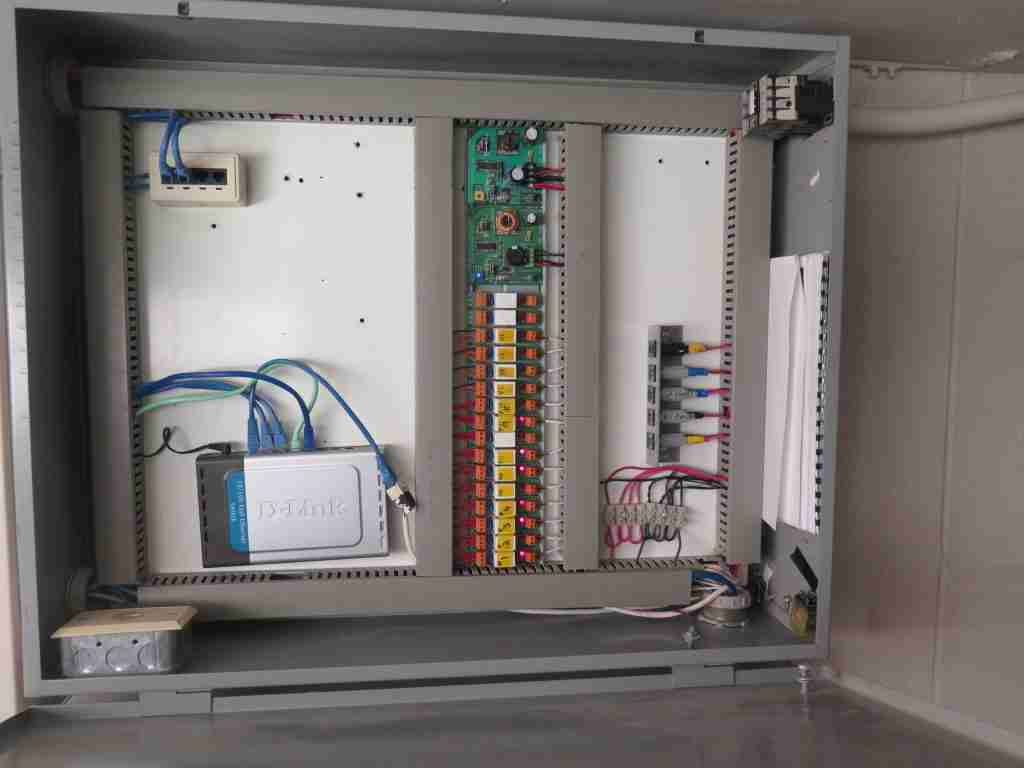 If it all sounds too good to be true, it is. These are successes. There are many also-rans. “Although the trends are towards integrated analytics to optimize all the energy in a building or group of buildings, we’ve come a long way and have a long way yet to go,” remarked Gerry Cellucci, principal at Yorkland Controls Ltd., Toronto.
“Despite the hype, integrating HVAC with lighting is sill in its infancy and integrating with security is hardly there. A lot of data is being collected and not really used. HVAC is the bright spot. Wireless HVAC control systems are doing well too. We’re putting them into homes and retail buildings. In general we’re growing more quickly than we expected.”

Even enthusiasts like Vezina and Billahi at the school board have cautionary tales. They’ve made mistakes. But they’ve learned from them and put together a list of dos and don’ts for hiring and providing guidelines to programmers.

In other words they celebrate what’s theoretically possible; and are more careful about what’s actually currently do-able. Bill Gates would be proud.