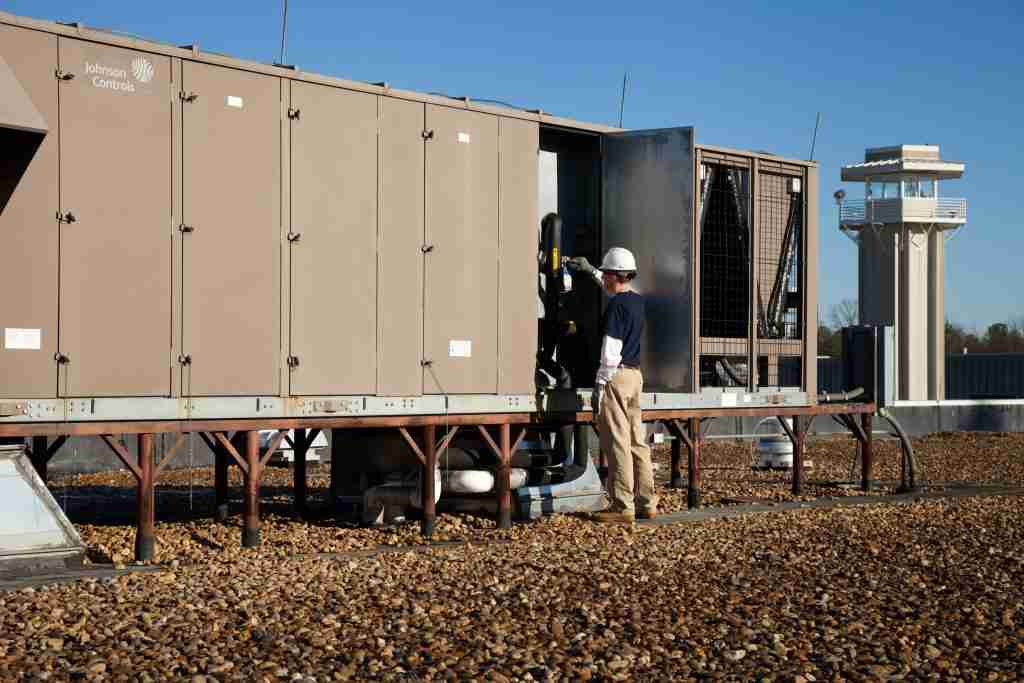 In every aspect of our industry, products are becoming more efficient, easier to install and easier to maintain. Manufacturers strive to achieve these goals despite the increasing complexity of the equipment as it evolves to meet environmental efficiency requirements and while providing comfortable cooling, ventilation and, in many cases, heating for commercial buildings.

Packaged rooftop units (RTU) have long provided building owners with an effective and economical way to air condition their space, remarked Kevin Stockton, product manager for Johnson Controls, Milwaukee, Wisconsin. “The economical part of that is a big part of rooftop units being beneficial in the North American industry. As the industry evolves, I think we’re going to see improvements in efficiencies as well as rooftop capabilities at those economic values.”

Some features that traditionally would have only been seen in modular or custom air handlers are now becoming part of production units, he added. These include things like energy recovery wheels, humidifiers and sound attenuators. 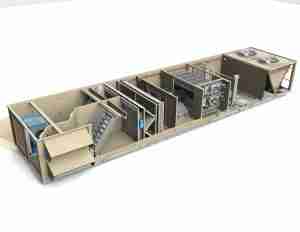 Increasingly, things that would have been options or custom components in the past are becoming standard.

Variable speed compressors are becoming the norm, he added. Precise control has been brought to every aspect of the RTU including condenser fans, supply fans – every moving part. “All that really comes together in the control sequence with smart controls that optimize the thermal comfort and energy efficiency of equipment.”

On the comfort side, modulation helps considerably, he added. “Controls can only be so good without being able to modulate each component. In the past five years, we’ve really seen rooftops become fully modulating in every aspect – fans, compressors alike – so that’s created a huge improvement and it’s going to continue to allow us to optimize our controls.”

Manufacturers are facing a number of efficiency requirements and changes to refrigerants that are largely driven by the U.S. Dept. of Energy (DOE). “The DOE is driving some standards which will inevitably drive what gets installed in Canada just because of where the market is at from a North American perspective,” said Stockton.

ASHRAE 90.1 sets standards for full load (EER) and part load (IEER) – covering everything from economizers to energy recovery wheels and how those are controlled.

“We think in the future manufacturers are going to have to put things like variable speed compressors in rooftops just to meet the minimum standards,” said Dodds.

Most rooftop units today are using R410A refrigerant. “There’s a lot of talk about refrigerant changes, but within the rooftop space, it varies somewhat depending on the jurisdiction, but there are changes coming that we will have to design for,” said Stockton.

The needs of customers vary, and manufacturers have gone to considerable lengths to ensure that rooftop units fit those needs. 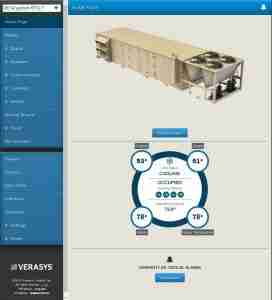 Wi-fi enabled controls speed up the commissioning and diagnostic process for the technician.

Traditionally, RTUs have been a one-size fits all with standard features, but today’s manufacturing techniques are changing that, allowing more flexibility, said Dodds. “For example, the size of the cabinet for our Rebel Applied packaged rooftop system varies in four-inch increments. The benefit to the contractor is that they can add sections or make replacements a lot easier. You get to the point where you can completely eliminate a transition curb, depending on how the openings line up. That simplifies installation, reduces downtime and saves money for the end-user.”

And because the cabinet size is flexible, it is easy to add things like extra filtration, better indoor air quality or sound attenuation, he added.

Manufacturers have developed apps and software that help the contractor commission the equipment quickly and accurately. For example, York’s new RTU Toolkit app “will allow the mechanic to walk up to a unit, scan a barcode on the unit and then get real information about that specific unit,” noted Stockton.

“That can be information like fan curves and performance data, installation and start-up guides. We ship a paper copy with the unit, but inevitably that paper copy goes missing.” A start-up application within the RTU Toolkit takes the technician through the process step by step. The idea is to get the mechanic on and off the jobsite as quickly as possible so the contractor can hand the system over to the building /owner/operator and get paid.

Direct drive ECM fans with pre-programmed smart motors eliminate belts and variable frequency drives (VFDs) – and a lot of setup. “You literally put it on the roof and turn on the controller and you are already operating it.

“The same kind of controls are beginning to be worked into all aspects of RTUs, including the refrigeration side. Historically, the mechanic would have to put their gauges on the refrigeration system. Now all that is integrated into the controller so that you can see what the sub-cooling, the superheat and other aspects are,” said Dodds.

A number of manufacturers are offering fault detection diagnostics so that when a problem occurs, it’s known and can be fixed right away as opposed to having the unit run less efficiently until someone notices. It’s likely this will eventually become standard.

“We’re starting to put pressure transducers on the filter bank that give you real-time pressure drop through your filters. Rather than waiting until a filter gets clogged, you will know when you need to replace a filter.

“As rooftops get smarter and have these sensors built-in, all that information can be relayed to the building management system,” added Dodds. “The challenge is going to be getting the information to the user in a manner that is useful, that can be interpreted – telling technicians the condenser needs to be cleaned rather than having them look at pressures. I think that’s the future – where it’s going to go.” 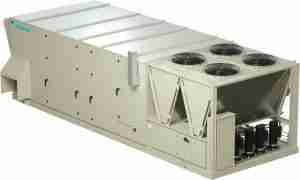 There’s going to be a learning curve for building owners and operators in switching from thermostat operation to a smartphone interface, he added.

Smart, but not too smart

As every contractor knows, the control systems in commercial buildings can vary widely depending on the age of the building and the owner’s requirements.

A new building that is being constructed to LEED standards or a hospital that requires sophisticated climate control might have the latest smart building automation system, but that level of complexity is seldom needed in a commercial building.

A number of rooftop manufacturers offer “light” building control systems for the customer that wants more control but not to the point of going to a full building automation system.

“I think that’s one of the things that is driving the control side is the need to move that thermostat tier up into another tier to allow monitoring and optimizing in a given building space,” said Stockton. Those “middle ground” systems allow them to monitor the equipment through Wi-Fi, receive alarms if there is a problem and do basic diagnostics.

Manufacturers put considerable effort – and testing – to ensure that their RTUs will operate reliably over the long-term.

Larger units have redundancy on critical components like refrigeration systems so they will continue to operate in the event of a compressor failure, for example.

Computerized controls play a role here too. “While some of these components seem more complicated, they give us more control over how the unit operates so that we have been able to build in some safeties that we weren’t able to before,” said Dodds. “If a variable speed compressor, on a hot day, is running outside of its safe zone on head pressure, for example, the control will slow the compressor down a little bit so that you don’t have a downtime event and it will prevent it from doing something it shouldn’t.”

Daikin is also working on mobile interfaces that are customized to the user, added Dodds. The version for the technician will have a lot of information that wouldn’t be of value to the building owner for example, but the owner version would give them information about performance, energy use and other factors that they care about.

“Depending on the customer and what their hot button issues are, we are seeing more and more features and options being offered in rooftop units,” noted Stockton.