You are at:Home»News»Value of building permits rose in August 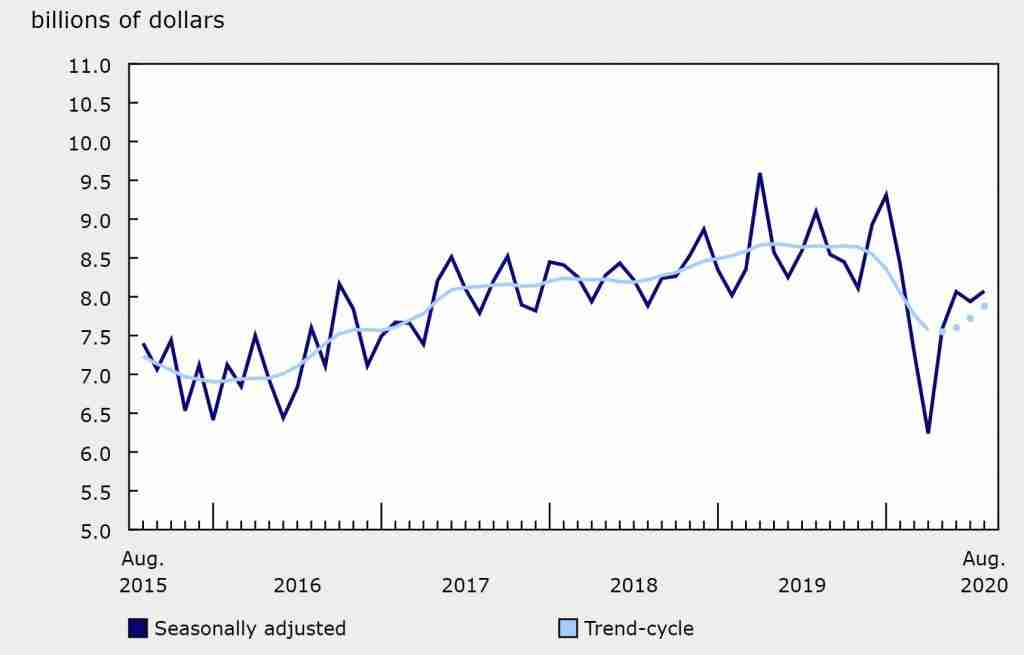 Ottawa, ON—The total value of building permits rose 1.7 per cent to $8.1 billion in August, driven by an increase in the residential sector of Ontario and Quebec, according to Statistics Canada.

Permits issued for single-family homes rose 9.9 per cent to $2.5 billion, continuing the upward trend since May. Eight provinces reported increases in this component, with Ontario accounting for more than half of the national gain, mostly due to permits issued in the census metropolitan areas (CMA) of Toronto, Oshawa, and Brantford.

The total value of non-residential permits fell 8.6 per cent to $2.5 billion in August, largely due to permits issued in Ontario, which was down 15.7 per cent. Only Quebec, Prince Edward Island, and Nova Scotia posted increases in this sector.

Commercial permits fell by 14.7 per cent to $1.4 billion in August, following a notable gain in July reflecting the half-billion-dollar permit for Project Python in Ottawa. Overall, the total value of permits for commercial buildings was lower for January to August when compared to the same period in 2019. This reflects changing priorities during the pandemic as many offices have closed or reduced on-site staff while more employees work from home.

Institutional permits declines for a second month, falling 5.8 per cent to $603 million. Ontario recorded the most significant drop in the value of permits issued of all provinces, more than offsetting gains in Quebec.

Following two months of decline, the total value of industrial permits increased in August, up 7.5 per cent to $528 million. Permits issued in Ontario and British Columbia accounted for most of the gains.