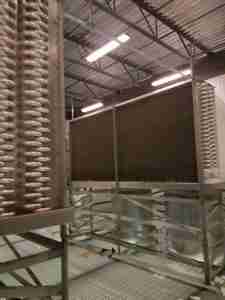 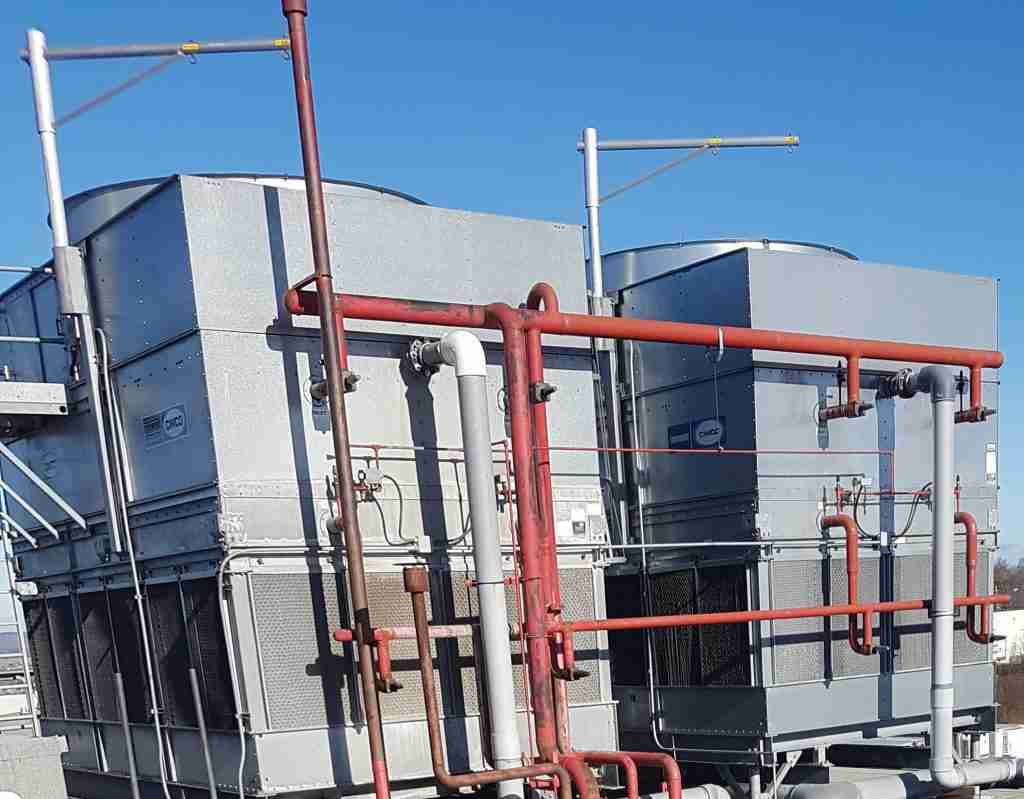 The evaporator and condenser (top) of a large refrigeration system, operating with the same thermodynamics as a pot of water on the stove.

The world of refrigeration is diverse and complex. I have been fortunate enough to work on everything from the tiny Tim Horton’s creamers that squirt the cream into your double-double to some of the largest industrial ammonia refrigeration systems in Canada that use hundreds of thousands of pounds of refrigerant. And while there are incredible differences in the size, scale, and complexity of all of these systems, one thing is usually the same: The vast majority of them used the vapour compression refrigeration cycle. While there are several other ways to make things cold, including absorption, adsorption, the Peltier effect, the Joule cycle (air cycle), magnetic refrigeration, etc., none of them are even close to as common as vapour compression. So, with that in mind, I thought we could go way back to basics to get an appreciation and understanding for how a simple vapour compression cycle works.

Conveniently, the names of the components are very helpful in understanding what they do.

Figure 1: The process of boiling water at sea level with our imaginary magic balloon that keeps the pressure the same.

Figure 2: The same water boiling, but this time at 1C because the system is at 5,000 microns.

Because essentially everyone has experience boiling water, it can be useful to think about water when describing a refrigeration cycle instead of some other refrigerant.

I usually like to start by imagining a pot on a stove that is filled with cold water. When you turn on the heating element what happens to the water? Obviously, the water gets warmer. As we keep adding more and more energy, bubbles start to form on the bottom of the pot. At sea level, the water is 100C when this starts to happen.

Now imagine that we have a balloon on top of the pot to catch the steam, what happens as we continue to add energy to the pot? The water starts to boil more and more and eventually settles into a rolling boil. The water at this point is still 100C. The steam that is being generated in the pot is collecting in our balloon and it is expanding so that the pressure is not changing.

Ultimately, all the water will boil and there will be nothing left but steam. Figure 1 shows the process we just imagined, and this is precisely what happens in the evaporator of a refrigeration system.

Now imagine we connected a vacuum pump to our pot/balloon apparatus and reduced the pressure to 5,000 microns before we started to apply the heat. As far as the water is concerned, nothing has really changed. It will boil the same as it did before. But we don’t even have to start the stove to make it happen since the room is now warmer than the 1C boiling temperature of our water and it can get the energy it needs to boil directly from the air in the room. We end up with a pot of water in a rolling boil at 1C and it is air conditioning the room.

Unless we do something else, our evaporator will run out of water to boil and it will warm up to room temperature. In order to get the steam back into water so we can boil it again, we would have to remove the same amount of energy as we just added.

These next few explanations can be a bit tricky to imagine. If we took our pot and balloon, made sure the vacuum pump was off, and reduced its volume by squeezing it, the pressure would have to climb; if the pressure went from 5,000 microns up to atmospheric pressure, the water trapped inside would now have a boiling temperature of 100C. However, since we have not removed any energy yet, it could not have condensed and must all still be vapour and we are let with steam at atmospheric pressure and a actual temperature of at least 100C. This “squeezing” is what our compressor does.

Since our apparatus now has 100C steam in it and is warmer that the room, it is easy to remove the energy. Droplets of water will form and as the heat is rejected to the room; all of the water vapour turns back into liquid (Figure 3). We have now rejected at least the same amount of heat as we absorbed previously so we didn’t get any cooling in the room. This is why the condenser of a refrigeration system is located somewhere outside of the area being cooled. In our example, if, we moved to a different room to reject the heat, we would be heating one room and cooling the other.

Figure 3: Condensation of water at 100C and atmospheric pressure.

To repeat the process, we would have to drop the pressure again so the water would boil at a lower temperature. This is what the expansion device does. It’s kind of like the vacuum pump in our imaginary apparatus, but much simpler. In order to explain, we have three more changes to make to clean up our example. Recall that the reason we used a balloon in the first place was to keep the pressure the same as the system generated steam. Well, because the compressor is “sucking” on the evaporator and removing that steam, the balloon is not necessary at all. Instead of expanding into a balloon, the vapour is simply taken away in the compressor and compressed. However, now that we are actually moving the steam, the pot we are rejecting heat in must be a physically separate pot for the steam to flow into. Since we finished with water at 101.3 KPa and we have a compressor sucking the steam away, we no longer need the vacuum pump to maintain the lower pressure and we just need a simple orifice to drop the pressure as we feed the water back into the start of the cycle. (Figure 3 illustrates all of these changes.) 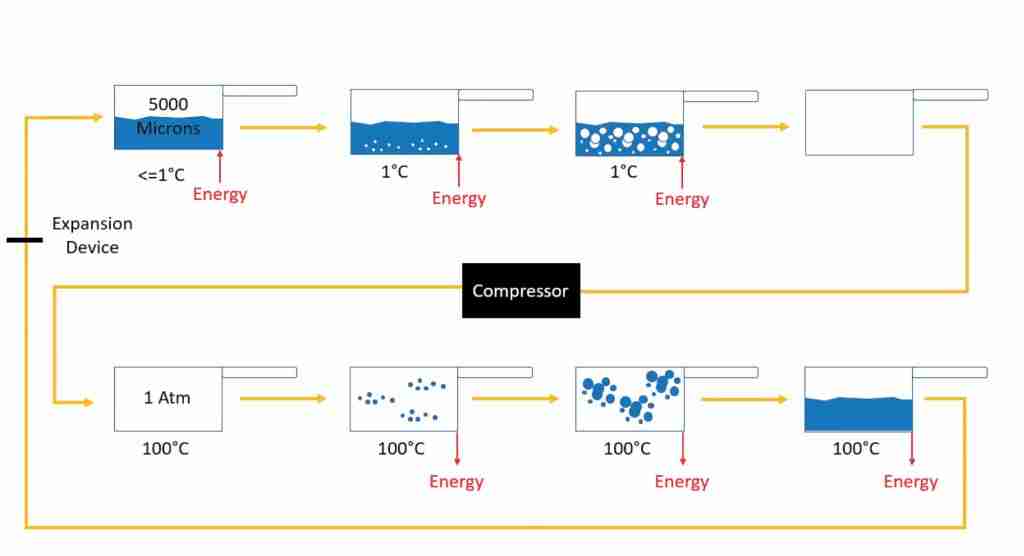 Figure 4: Our final imaginary refrigeration system using water. We have to use a separate “evaporator” pot and a “condenser” pot.

There you have it. We successfully imagined a refrigeration system using water and the vapour compression refrigeration cycle. In reality, water is a really poor refrigerant for this cycle, but the important part is to understand that what is happening in the evaporator and condenser of a vapour compression refrigeration system is exactly the same thing that is happening to the water you boil on the stove. We simply add some components to control and recirculate the refrigerant and pick some fluids that can evaporate at temperatures and pressures appropriate to what we are trying to do.