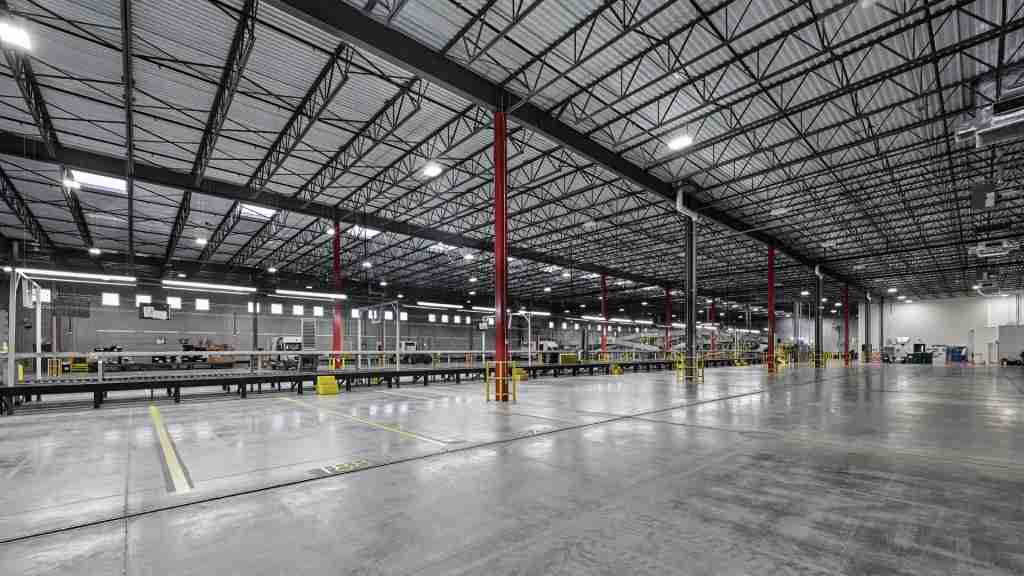 The federal Liberal government has promised that Canada will be net-zero by 2050 – an ambitious goal. This would mean that buildings could still emit carbon as long as it is offset by some type of action. This is done through a balance between how much carbon emissions are produced with how much is removed from the air.

The Canada Green Building Council (CaGBC) has created the “Zero Carbon Building” standard which has to date certified 15 projects across Canada; a project that is one step towards Canada meeting its goal.

Two buildings in the development have been certified to the zero carbon standard – 355 Wilkinson Ave. and 495 Wilkinson Ave. Both are currently fully occupied. The building was able to, in part, achieve net-zero emissions through reduced infiltration, better insulation values, efficient heating systems, and automation. 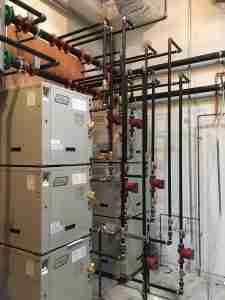 As a backup, a Bosch condensing natural gas boiler was installed to ensure a constant floor temperature of 17C. “This past winter (2018/2019) it has only been run for one gigajoule (of natural gas). It was intended to be a peak-load boiler, as well as a backup. It has been primarily functioning as a backup because we weren’t expecting the heat pumps to keep up with the coldest day. But they have,” reported Edgar Lopez, building sustainability engineer for East Port Properties.

In addition to the mechanical systems, to create such a tight building envelope, the building is constructed of insulated tilt-up concrete panels, which are concrete panels tilted up to create the building’s walls. To achieve further infiltration reduction, vertical-storage dock levers were used – which is typically used in cold storage warehouses to keep the cold in. “Instead of keeping the cold in, we’re trying to keep it out,” said Lopez.

The decision on how to heat the building was, in a way, a no-brainer. “There really wasn’t a plan B for how you could possibly heat this place except by using in-floor heating,” explained Rick Barber, mechanical engineer on the project and owner of Barber Engineering Services Ltd., Halifax, Nova Scotia. “If you had used a gas-fired furnace, it would be a much higher temperature and lower efficiency.”

Additional heating is supplied by overhead unit heaters, which are metered directly to the tenant. Controls were put in place to stop in-floor heating circulators from running in areas with open overhead doors. 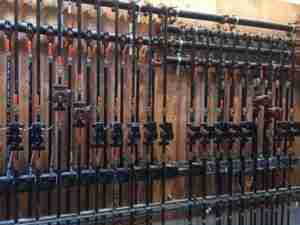 This is not the first high-performance warehouse that East Port has developed. They have several LEED-certified warehouses in Nova Scotia. “When it came to build another warehouse, Judy Wall, president of East Port Properties, wanted to push the industry a little bit further and asked, ‘what can we do next?’” said Lopez.

By having actual data from similar previous developments, there was an idea as to how things would turn out. This, in turn, helped with the approach applied to the zero-carbon project.

“We had an expectation of what the thermal performance of the building would be. Using this data, we built our own internal model and then determined the size of the PV system. We are using Nova Scotia Power’s metering program,” explains Lopez. In theory, this will allow for a tenant to see a $0 central heating bill with less frequent door openings.

Initially, the project was meant to push the industrial sector more towards green building design in warehouses. When it comes to warehouses, there isn’t as much drive to create green buildings, says Lopez.

The building has compiled more than one year of data on the operation and the owners will be able to apply for the performance certification path of the standard within the next few months for both buildings. The building is performing better than expected.

“The empty shell of the building is heated with a very small amount of energy per square foot. It’s in the range of 3.75 to four BTU’s per sq. ft.,” explains Barber. “I haven’t had a call from anybody. I’m trying to take it as good news.” 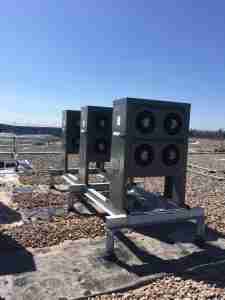 Condensers for the heat pumps were mounted on the roof.

Compared to LEED certification, the zero-carbon certification appears to be more straightforward. “It’s a lot more streamlined and I was able to do most of the work myself without the need of additional consultants. There’s a workbook that CaGBC provides where you put in all your information and the model data, and what you can’t offset onsite you have to offset with renewable energy certificates. Embodied carbon is only required to be reported and there are no targets at this time. It’s currently an operational carbon standard,” explains Lopez.

The end goal will hopefully see a rise in “green” warehouses, and to remember that the innovative thinking that goes along with zero carbon buildings can be applied in industrial spaces, too.

Tenants will become more and more thoughtful to the output of the buildings they operate. They will begin to ask more about operational costs rather than just about rent.

For more information on the project, please visit www.cagbc.org.