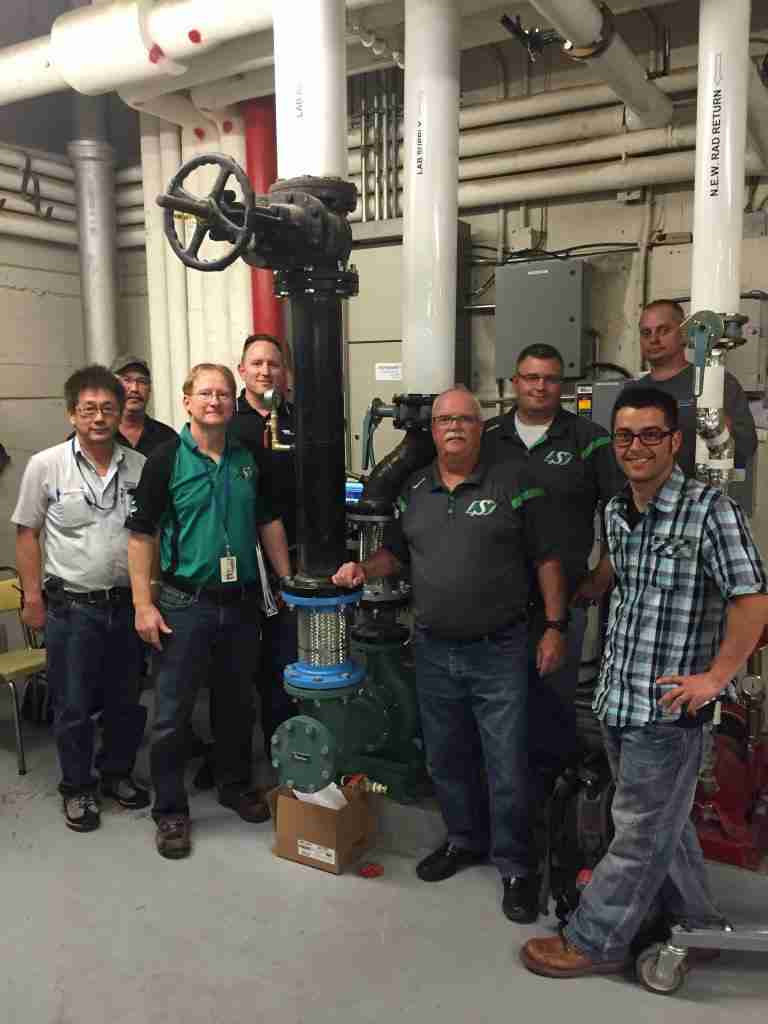 A full crew of people worked together to ensure the completed project was up to the university’s expectations, which saw close to $3,000 worth of energy savings in the first year.

For a decade, Saskatchewan Power (SaskPower) has encouraged its users to reduce their electrical usage—especially larger corporations and institutions. Servicing around 550,000 customers, the Regina-based utility company, offers a broad range of incentive programs to encourage energy reduction.

With the wild swings in weather and temperature in Saskatchewan, pumps are often busy switching between heating and cooling, and then back again—all in the same day. Large consumers like healthcare facilities, government buildings, and educational facilities are key targets to reduce the overall system power required by HVAC systems.

Back in 2015, a large, constant-flow hydronic pump that served the science building was about to self-destruct, and so the facility staff decided to replace it with an upgraded version. The existing pump was rated at 10HP, providing 490 GPM of flow at 45 feet of head. It served as a secondary, high-temperature heating loop.

Retrofitting would require shifting from a constant flow pump to a variable flow pump. An upgrade that typically requires adding pressure sensors at precise locations in the system while connecting to the building management system and pump driver (a variable frequency drive or VFD). The sensor feedback is then used to increase or decrease pump speed as the system needs it.

“If you get the sensor locations perfect, the energy savings can be quite significant,” said Mike Miller, vice president of sales, Canada at Taco Comfort Solutions. “In order to determine the best location for a sensor, it needs to be installed somewhere in the mechanical system that represents the longest run in the terminal unit, furthest away from the mechanical room. Finding that spot is always a challenge, sometimes requiring moving the sensor multiple times.” 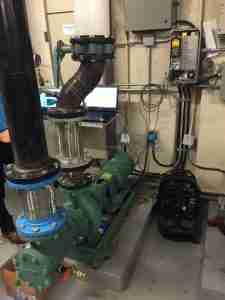 The original, retrofitted pump was base mounted which caused facility managers a headache as there was no comparable pump available at the time. Taco was able to provide a custom SFI base-mounted, self-sensing pump for the project within eight weeks.

Self-sensing pump technology ties its origins to the programming of the speed controller at the manufacturing plant. To determine the pump curve for a typical pump, the pump is tested in the factory at one speed, 60 Hz, while the pressure (feet of head) is varied. At each increase or decrease in pressure, flow rate and power consumption are recorded; the pump’s performance curve is derived from these numbers.

Designers and engineers then use those curves to select the right pump for any given application based on required flow rates and estimated system pressure. Self-sensing pumps are tested in a similar manner but at a variety of speeds.

The results are programmed into the pump’s speed controller. When an engineer selects a self-sensing pump, he or she still does this based on the estimated head and required flow rate. When replacing existing equipment, the new pump is selected to match the criteria of the one being replaced.

Once installed, the pump uses power consumption and speed to determine system pressure and flow based on the performance data recorded in the controller. It then adjusts speed in response to system needs.

Unfortunately, the pump being replaced was base-mounted and no comparable pump was available at the time.

Facility managers received unexpected, but good news—“We realized it was a great opportunity to showcase our technology,” recalled Miller. “Also, we had to consider the importance of doing everything we could to help out because the local utility had also shown interest in it.” 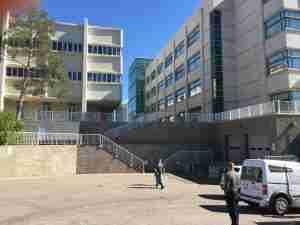 The University of Regina decided to retrofit their old pump in their science building, which was on its last legs, with a Taco self-sensing pump.

So, Taco plant managers were asked to forge ahead and in less than eight weeks, they shipped the SFI base-mounted, end suction, split-coupled self-sensing pump.

Rob Kleisinger, the university’s manager of mechanical services, said that they were fascinated to learn of the pump’s ability to “learn” of its role in maintaining hydronic system flow. “It processes information and responds to the amperage—meaning GPM— that’s required. So, when we learned that a self-sensing pump could replace our old one, we were delighted,” said Kleisinger.

Before the replacement, the pump’s power consumption had been monitored, giving the university a solid baseline to compare with the new installation.

Self-sensing pumps have power monitoring capabilities built-in since it is this power consumption that allows it to modulate its operation along the performance curve.

Within the first week of installation, the pump’s power consumption dropped to 50 per cent of maximum, while providing 255 GPM at 29 feet of head. The operating cost savings translated into a three-year payback.

“We’re aware of substantial energy savings with the Lab Science building’s hydronic system now with the self-sensing pump in its sixth winter,” explains Kleisinger. “This is when the finely-tuned modulation of flow serves the facility so well. The old, constant-flow pump wasted a lot of energy, so we’re very thankful that we put a stop to that.”

“Another huge benefit to the new technology was the speed at which it was installed. Everything is self-contained with self-sensing pumps. There are no external pressure sensors or drives. And no controls contractor was required during start-up, or for later service,” added Kleisinger. 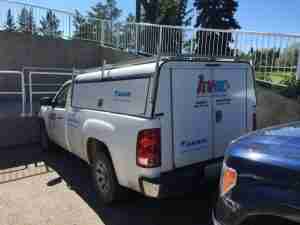 Self-sensing pumps have become a large part of the hydronic market.

Annualized electrical savings at the facility in 2016 (the first year when energy data was measured carefully) were $2,918.32.

“Taco went over and above to get this pump to market so that we could provide the right solution for the university,” said Chad Kuski, aftermarket sales and service manager with HVAC Sales Ltd. “They not only shipped the pump ahead of schedule, but Mike Miller along with a factory engineer travelled to Regina to assist with the start-up and commissioning of the drive. This added to the owner’s comfort level as Mike took the time to perform a full demonstration of the self-sensing pumps and was able to address all questions from the facility managers and technicians.

The University of Regina received its first self-sending pump back in 2017 and since then, the market has moved more in that direction. “There’s a very definite trend shifting towards this technology,” explains Miller. “By now, almost 40 per cent of our pumps sold with drives come with self-sensing technology. Most of the pumps are applied for variable flow, used in the variable pressure mode. The same technology can be used for constant flow for large chillers, and constant head for large domestic water system booster pump application.”

According to Miller, many of these new pumps are replacing older pumps to boost both system efficiency and system performance—providing variable flow for the first time. “Often, it means taking a constant speed pump and giving it system dynamic balancing by matching the pump’s output performance to building needs.”

“This is not a new strategy to increase system efficiency, though the substantial change is to accomplish the retrofit without the use of external pressure differential (DeltaP) sensors,” he added. Previously, DeltaP sensors needed to be installed at the most ideal location in the system, which is generally near the largest pressure drop zone furthest away from the mechanical room. Not having them in that exact place often minimizes the effectiveness and lengthens return on investment.