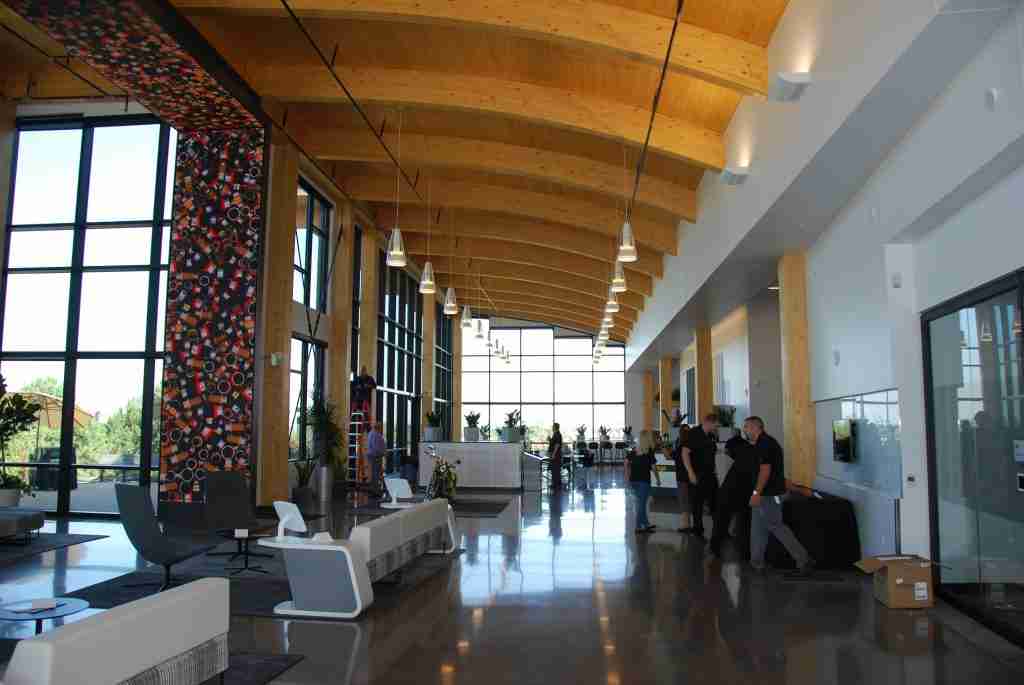 Indoor air quality (IAQ) is at the top of everyone’s mind during a pandemic. Recently, attention within the IAQ market has been directed at combining dedicated outdoor air systems (DOAS) with chilled beams, reports the Heating, Refrigeration and Air Conditioning Institute of Canada (HRAI).

Before the COVID-19 disruption, chilled beams were achieving impressive steady growth in the U.S. market, increasing from $239 million in 2015 to around $406 million in 2020 – although the 2020 number isn’t expected to be reached due to the economic downturn.

Part of the upward trajectory was driven by recent legislation that allows the use of chilled beams in healthcare facilities.

Chilled beams use a building’s chilled and hot water supply instead of refrigerant and are quiet and efficient. Their airflow rates are typically only 25 per cent to 35 per cent compared with all-air systems, however active chilled beams coupled with DOAS offer improved contaminant removal, without significantly rising energy and maintenance costs. When combined with DOAS, they can exhaust rather than recirculate aerosol and respiratory contaminants, reports HRAI.

Installations in Canada include Manitoba schools like Northlands Steinbach High School, Amber Trails, and Woodlands. In the U.S., installations can be found in buildings such as Astra-Zeneca offices in Boston, Portland Center Stage Theatre in Portland, Oregon, university buildings at Penn State in Philadelphia, and Clemson in South Carolina, not to mention the Viega training centre in Broomfield, Colorado.

Chilled beams are installed for either active or passive operation. An active beam incorporates fresh air into the room, while a passive beam only utilizes air in the room.

Early reviews of the technology raised concerns about condensation, which should not be an issue as long as the space humidity is controlled, and chilled water temperatures are maintained at or above the space dew point, says HRAI.