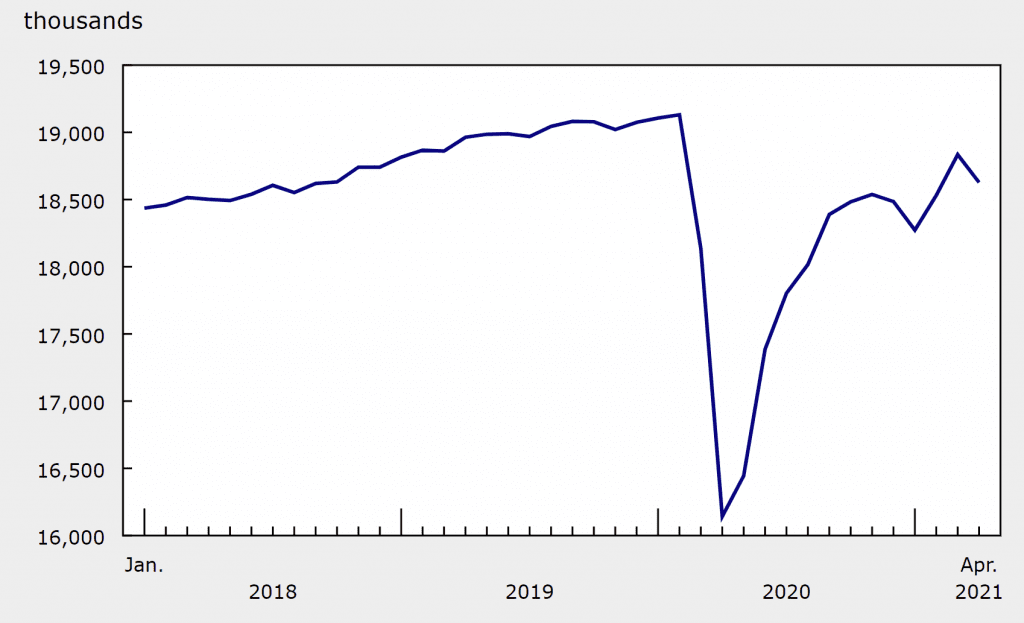 Employment fell in April as the third wave of the pandemic led to a tightening of restrictions.

Ottawa, ON — The number of people working in the construction industry has yet to return to pre-COVID levels. Construction employment remains down 2.6 per cent for the month of April, reports Statistics Canada as part of their monthly update on Labour Force Survey.

Public health measures tightened in several province in later-March and early-April coincided with a decrease in employment. In Ontario, a province-wide stay-at-home order was implemented on April 8, which set limits for many businesses deemed non-essential. British Columbia was under “circuit breaker” restrictions of March 30, which put limits on indoor dining and gyms not seen since November. Stricter public health measures were re-instated in many parts of Quebec, including the suspension of business activities, and an extension of curfews.

Overall, employment fell by 207,000, or down 1.1 per cent, in April and the unemployment rate rose to 8.1 per cent. This followed cumulative employment gains of 562,000 over the last two months.

Employment in both full-time and part-time work posted decline, with the number of employed people working less than half their usual hours increased by 288,000 (up 27.2 per cent). Total hours worked fell 2.7 per cent in April, driven by declines in educational services, accommodation and food services, and retail trade. The number of Canadians unemployed for 27 weeks or more increased to 486,000.

For the self-employment sector, Statistics Canada reported the month held steady in April after a notable increase in March. However, it still remains further from pre-pandemic levels than both private and public sector employment.