You are at:Home»News»Construction industry bouncing back 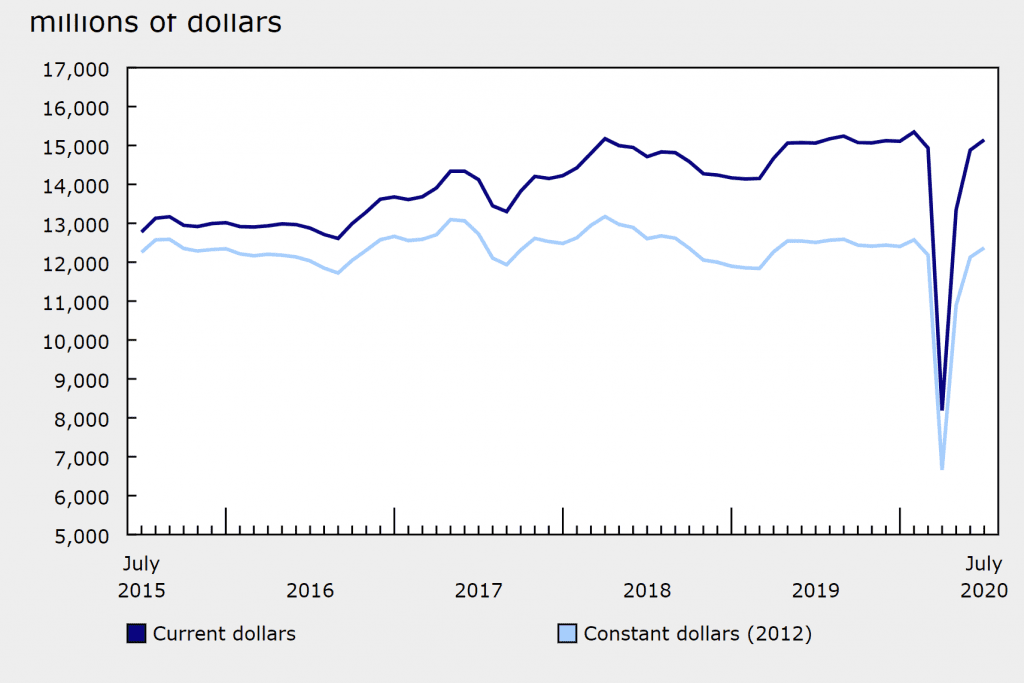 Investment in the construction industry has started to rebound over the last few months, with investment remaining slightly lower than February 2020 levels, before COVID-19 restrictions were put in place, reports Statistics Canada.

Residential construction rose in July, with increases in both single-unit and multi-unit investment. Ontario and Quebec led all of Canadian in residential gains, up 4.5 per cent and 5.6 per cent, respectively.

Despite another month of residential growth, national investment was 3.7 per cent lower than the pre-COVID-19 levels. Quebec had the largest gap between current and pre-pandemic, down $249.6 million or 10.9 per cent.

Following strong gains in June, non-residential construction investment declines 3.7 per cent to $5.3 billion, with decreases reported in all three components. Eight provinces reported declines, with the largest in Ontario (down 3.2 per cent to $2.1 billion) and Quebec (down 4.8 per cent to $1.4 billion). Newfoundland and Labrador and Prince Edward Island were the only provinces to report gains for the month. Further declines are anticipated in this sector as many office buildings and shopping malls remain under-utilized.

The commercial component represented the majority of non-residential declines, down five per cent to $3.1 billion. Nine provinces reported declines for the month, while Prince Edward Island reported an increase of 29.2 per cent to $7.1 million. The largest declines were reported in Quebec and Ontario, although both provinces remained above pre-pandemic levels. Declines in those provinces were attributed to a combination of fewer new construction starts, and several major projects winding down to completion.

Institutional investment decreased 0.8 per cent to $1.2 billion. Quebec reported the majority of declines for the month, more than offsetting gains in British Columbia and Newfoundland.

Nationally, the industrial component was down 2.8 per cent in July. Eight provinces reported declines, with the largest decrease in Ontario.