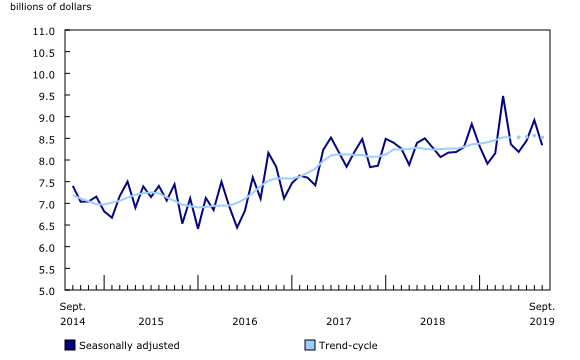 The total value of building permits issued decreased by 6.5 per cent to $8.3 billion in September. Largely due to a decline in the residential sector. Gains were reported in only four provinces, with the largest increase in Alberta and the largest decline was in Quebec.

The value of residential building permits was down 10.7 per cent to $5.1 billion in September. Multi-family dwellings fell to $2.9 billion with declines in eight provinces – while Nova Scotia and Alberta reported the sole increases.

Single-family dwellings didn’t have a good month either and reported a decrease of 8.7 per cent to $2.2 billion nationally. The decline was due to a decrease in Ontario after a strong August.

It was a good month for commercial projects which rose to $2 billion in September. This was largely due to several high-value permits for office buildings in the census metropolitan area of Vancouver. An increase in commercial permits offset declines in the value of industrial and institutional permits. 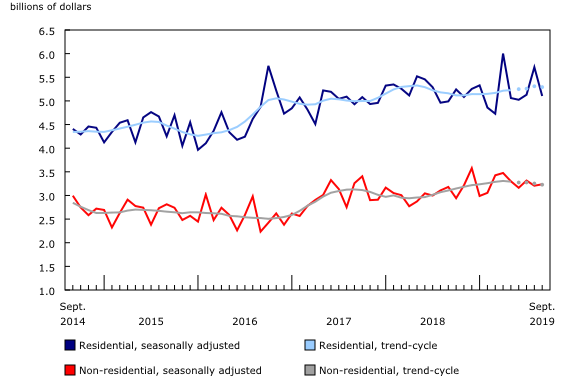 Chart 2: Value of building permits for the residential and non-residential sectors.

Ontario recorded a quarterly high value of $10.7 billion, largely due to the value of multi-family permits. Municipalities issued $25.7 billion of permits in the third quarter, down 1.2 per cent from the previous quarter.

The total value of permits issued in the first three quarters of 2019 was 2.2 per cent higher than the same period in 2018.