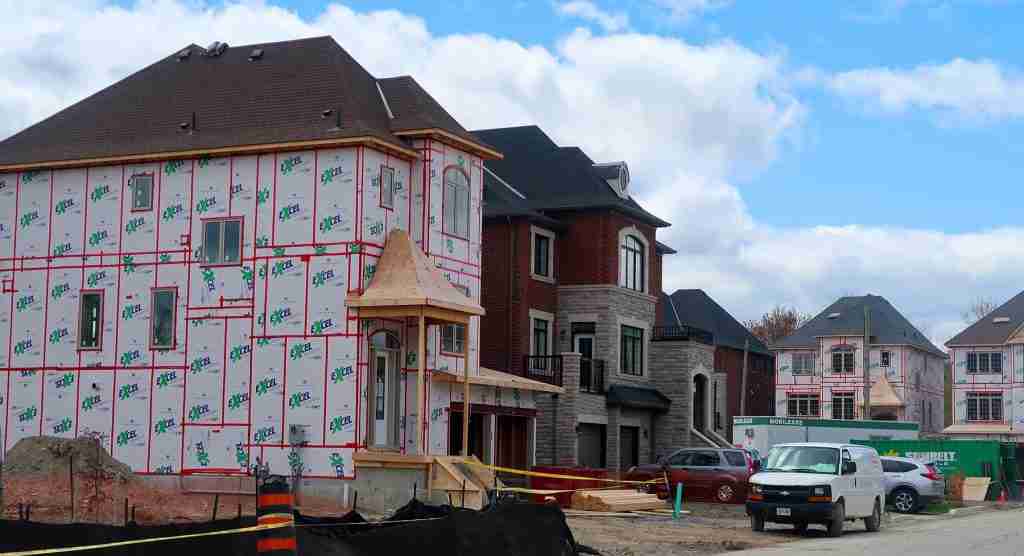 Including a residential water recycling product could reduce indoor water consumption by around 25 per cent, like the Greyter Water System installed at this new home in Pickering, Ont.

Nothing happens without coffee—this applies to mornings for people around the globe. While enjoying my first cup of joe, I check the news, which has recently contained several warnings from ecologists that the price of coffee might increase. It grows within a narrow band of specific geographies and climate zones, and the ideal conditions are diminishing.

In recent years, there have been emerging water management innovations worth noting. One to note is the development of plumbing systems to provide water for growing food in unlikely places. Any of these mechanical systems may see widespread adoption, or at the very least, establish a viable niche market. 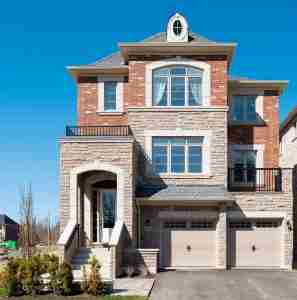 A Greyter residential water recycling system was installed in a Geranium Homes project in Pickering, Ont.

Desalination engineers are designing ways for increasingly hotter countries to feed themselves. One example is Seawater Greenhouse in London, England, which is creating operations in Somaliland, Abu Dhabi, Oman, and elsewhere to grow food using seawater. “Most people thought we were bonkers when we said we would grow tomatoes in the Australian outback,” says Charlie Paton, Seawater Greenhouse’s CEO. “But we developed a successful operation for our client, Sundrop Farms. It currently supplies 15 per cent of Australia’s tomatoes, or 17,000 tons each year.”

Greenhouses are erected a few metres above sea level near an ocean shoreline, and a shallow beach well with a submersible electric pump moves saltwater into a holding tank. About 20 per cent flows by gravity to reverse osmosis desalination. Food crops are watered with the resulting potable water.

The other 80 per cent is pumped to the top of the interior evaporative walls and slowly released, soaking the cardboard. In combination with hot temperatures, this creates a kind of tropical indoor environment, with everything powered by solar photovoltaics.

The design and control details are developed with a team at Aston University, Birmingham, England, using local climate data to simulate greenhouse performance. Operating costs are lower, yields increase, and the whole operation can have a four-year payback on the up-front investment. 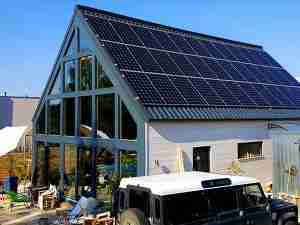 A my-PV solar space heating system can save 49 per cent on energy, like in this residential application in Austria.

Meanwhile, back in North America, a Canadian company has developed a simple off-the-shelf product that reuses shower water for toilet flushing.

A 22-home development in Pickering, Ont., will include residential water recycling from Greyter Water Systems in Mississauga, Ont. They can help reduce indoor consumption by about 25 per cent. The system captures water from showers and/or bathtubs and treats it to near-potable quality.

“Two showers provide enough water for toilets for a family of four,” says John Bell, chief commercial officer at Greyter. “Usually, we collect from the shower in the master bedroom, but sometimes we add the next most used shower.”

Greywater flows to the unit in the basement or garage where it passes first through a self-cleaning pre-filter that removes hair and large solid particles. It then enters the main collection tank where a self-cleaning membrane ultra-filter removes micro-organisms, remaining solids and some soap. Finally, it passes through coconut-based carbon absorption media that removes the remainder of the soap and surfactants. Filtered water exits the unit when needed for flushing, with an overflow sending surpluses down the drain. 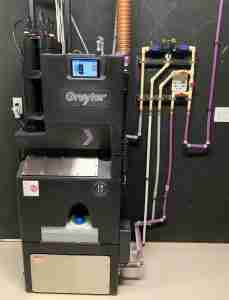 A residential water recycling system from Greyter Water Systems in Mississauga, Ont., allows for shower water to be transferred to the toilet for flushing.

“Most plumbing professionals can install the unit in new construction in about three hours, a bit more for retrofits,” says Bell. “They can be trained virtually online.”

Municipalities are recognizing the benefits of residential water recycling to conserve supplies and create water-efficient communities. “We’re dealing with developers who are seeking site plan approvals, expedited permits, increased density, and reduced connection fees and levies,” says Bell. “For commercial projects charges can be heavy. In Toronto, you have to hold the first 5,000 cubic metres of outgoing wastewater for 72 hours. If it’s shorter, you get taxed. A lot of our installations are driven by codes. There are mandated rules for stormwater, irrigation, and cooling towers.”

Greyter seems to have worked diligently on a deliberate start-up strategy, working with customers to design and test the system, patenting the technology, securing NSF certification, and targeting large players. They have worked on projects in Arizona and Colorado, and with other builders in California and their home province of Ontario.

“Expanding into the US on the residential side is really our focus. More than a million homes are being built there each year. In Ontario, we have an abundance of water, but that’s not the case in other places.”

So far low voltage underfloor heating products have been relatively expensive, used in small rooms like bathrooms and kitchens where the morning beverage is cappuccino. What if electricity could come directly and cheaply from solar panels?

A company called my-PV in Neuzeug, Austria has created products that make it easier and more efficient to use solar power directly. Their flagship system involves laying electrical matting into concrete slabs beneath flooring structures for the inexpensive enjoyment of warm low carbon radiant heating.

“With our Elwa product, you can switch from solar PV to AC power from the grid at night-time,” says Tallal Butt, system engineer at my-PV. He explains how this approach is being used by the company in several residential applications, and at its new 9,200 sq. ft, four-storey headquarters, now being built in Sierning, Austria.

It will be powered by a 100 kW PV system, with about 40 kW of electric heating wires cast into a concrete slab 10 to 20 inches thick. The slab acts like a battery, storing heat energy and releasing it gradually over several hours. The company says it will reduce energy costs at its headquarters by about 67 per cent, compared with conventional heating. 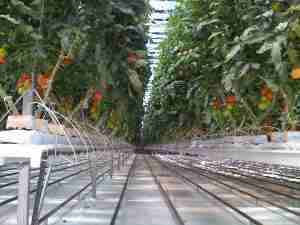 Seawater was used at a Sundrop Farm in the Australian outback to grow food.

“We can operate our house almost entirely by solar-electricity and reduce our energy costs by 49 per cent,” says the owner of a 1,600 sq. ft. home in Northern Austria, that uses one of my-PV’s residential systems.

The company also makes products involving water heaters and hydronics, but my-PV equipment is not certified for North America and may never be launched here. However, its existence implies that similar different approaches are likely to emerge.

Even with an explosion of clean energy innovation and an apparent increase in worldwide political motivation to go green, scientists say greenhouse gases will go higher before they go lower. So, while you’re enjoying your morning coffee tomorrow, you might take a look at coffee company share prices.