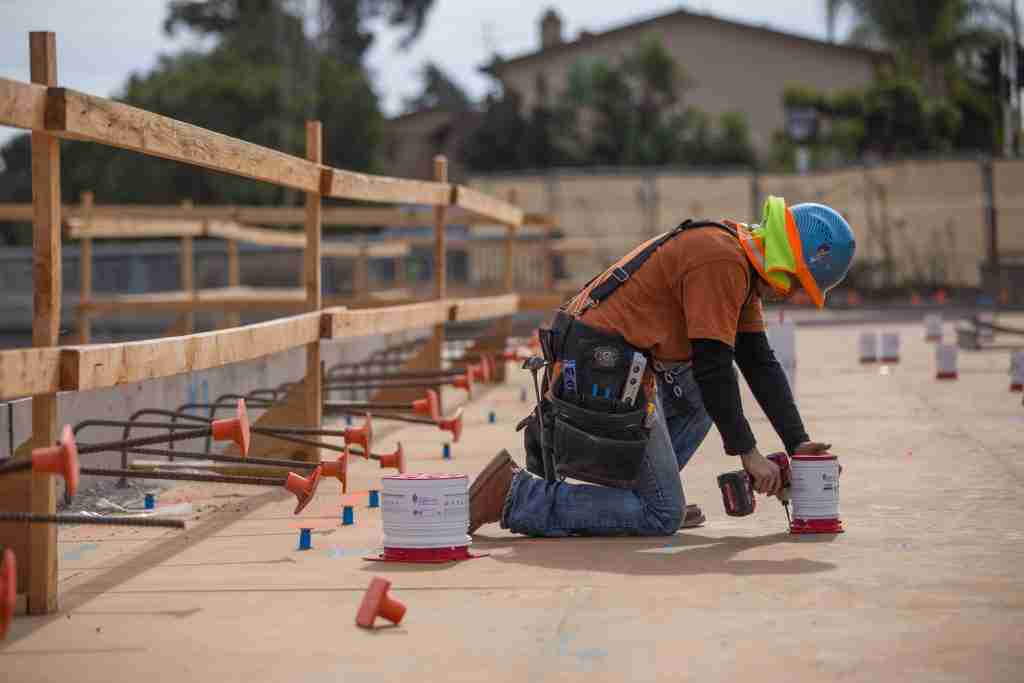 A worker installs covers on Holdrite HydroFlame cast-in-place sleeves, one of many new products that make firestopping installation quicker and more effective.

When I was asked to construct an article on firestopping, I had the feeling that it would be prescriptive. It would simply be the matter of sourcing the available data to put the pieces of the puzzle together. Scratch that idea!

As I began to assemble this article, it turned into a bit of a lion that needed to be tamed. My new goal is to effectively communicate the nuances of what turns out to be a rather complicated subject. There are no “generic” firestop sealants; you need to consider chemical compatibility and adhesion capabilities to the surfaces of the job site and the pipe, and you must factor in the ability for the sealant to withstand building settling and penetrating item movement. No wonder this was not as cut and dry as I originally thought.

In its’ simplest terms, firestopping applies to all types of piping and firestopping sealants – made specific to each task. Effective firestopping is “compartmentation” of a building. It is about sealing any penetration a pipe makes in the wall, floor, or ceiling to ensure a fire does not have a path to the other side through the piping penetration. Building designs have to meet the specified goal of separated building compartments as they are related to fire breaks.

Key considerations as they relate to firestopping between compartments are: 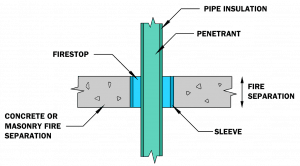 The National Building Code of Canada (NBCC), first adopted language and requirements related to firestopping back in 1985. Part three of the NBCC, section 3.1.9 is specific about these requirements. Manufacturers for firestopping materials have been coordinating with mechanical piping manufacturers and provide tables and information on products that meet the code. They are careful to ensure compatibility (some of the points above) and meet important third-party listings such as cUL/ULC, ASTM, and Warnock-Hersey, to name a few.

What we need to take away from this is that there are specific instructions, requirements and a supply chain built around firestopping. Responsible manufacturers will have done their “homework” regarding recommendations around compatibility and application. There are several published tables, drawings and diagrams along with coordinated instructions that show both piping penetrant types and sizes as well as suitable caulking, rings, or other means or materials for firestopping.

It is most important that you know this information exists and you need to ask for it to ensure your fire-rated assembly meets the code requirements.

If we are working on a retrofit or existing project, building officials or fire marshals will inspect and verify compliance to the codes – it makes sense to ensure the work on piping is completed effectively and properly. There are some guidelines to follow if we need to perform maintenance on systems with firestopping.

It is best to review maintenance documentation from the building’s as-built drawings and records to identify any fire-resistance-rated separations and inspect them to ensure they are compliant. Fire-resistant sealants do have a life expectancy and, depending on the installed environment and building movement, there may be a need to repair or replace assemblies.

This mechanical pipe penetration was installed with silicone fire stopping in the floor and Rockwool pre-moulded pipe covering.

Additionally, there are a few factors that contribute to premature wear or accelerated ageing for firestopping products. It is recommended to consider these factors during inspection: High heat or steam within the area or service penetration; cooler conditions upon installation and during service life; high dust areas (maybe even a carry-over from the new construction); product is painted over, which can affect firestop performance (additionally, the right paint must be specified over a firestop system); exposure to various chemicals, gases and toxic fumes; and exposure to extreme movement beyond product capabilities.

Whether we are tasked to build a fire-rated assembly with the right material on a new project or we have to inspect, repair, or replace firestopping from an existing building, it is crucial to gain an understanding of the code requirements and compatibilities of each individual part. This includes but is not limited to building construction, piping penetrant, and sealant method and material.

It is important to remember that firestopping methods are intended to work in such a way that “good” isn’t “good enough” – it needs to be a quality installation. These stops are meant to ensure the compartmentation of a building and there really are no allowances for mediocre installations – they need to work as specified or they simply won’t work.

The good news is that there are plenty of resources and good manufacturers that can help guide the right selection of materials and installation methods that are specific to your project.