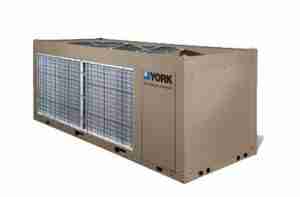 “Utilizing R-454B was a clear decision, but one that took years of in-depth research, testing and evaluation,” said Chris Forth, executive director of regulatory, codes and environmental affairs—ducted systems for Johnson Controls. “This decision maximizes environmental benefits, which will help to avoid, if not completely avert, a second, near-term transition for the unitary sector. As the AIM Act phase-down schedule progresses, higher-GWP fluids such as R-32, while viable today, have the potential to be eliminated as an option due to their high-GWP values. Johnson Controls will continue to evaluate lower-GWP alternatives for future possibilities.”

High-GWP refrigerants, such as R-410A, are now being formally addressed by the Environmental Protection Agency (EPA) through the recently passed American Innovation and Manufacturing (AIM) act, reports Johnson Controls. The AIM act directs the EPA to phase down hydrofluorocarbon (HFC) production and use by 85 per cent over the next 15 years.

Johnson Controls determined that R-454B is a low-GDP alternative. R-454B is approved for unitary applications of all ASHRAE classified A2L refrigerants. It has similar operating characteristics with R-410A which will make for an easier transition for distributors, wholesalers, and contractors.

“It’s important to note that these pending mandates from the EPA and the California Air Resources Board (CARB) would only apply to the sale of new residential and commercial unitary equipment as well as air-cooled scroll chillers. As the pending regulations stipulate a specific manufacturing cut-off date of January 1, 2025, for residential and light commercial unitary products and January 1, 2024, for air-cooled scroll chillers, existing R410A equipment built prior to that date can be sold and installed indefinitely,” said Forth. “EPA and CARB are scheduled to begin their formal rule-making processes this year, which will determine how long of a servicing period will be granted for R410A equipment currently in service.”

Proper training will be critical to ensure the safe use, transportation and storage of A2L refrigerants, reports Johnson Controls.