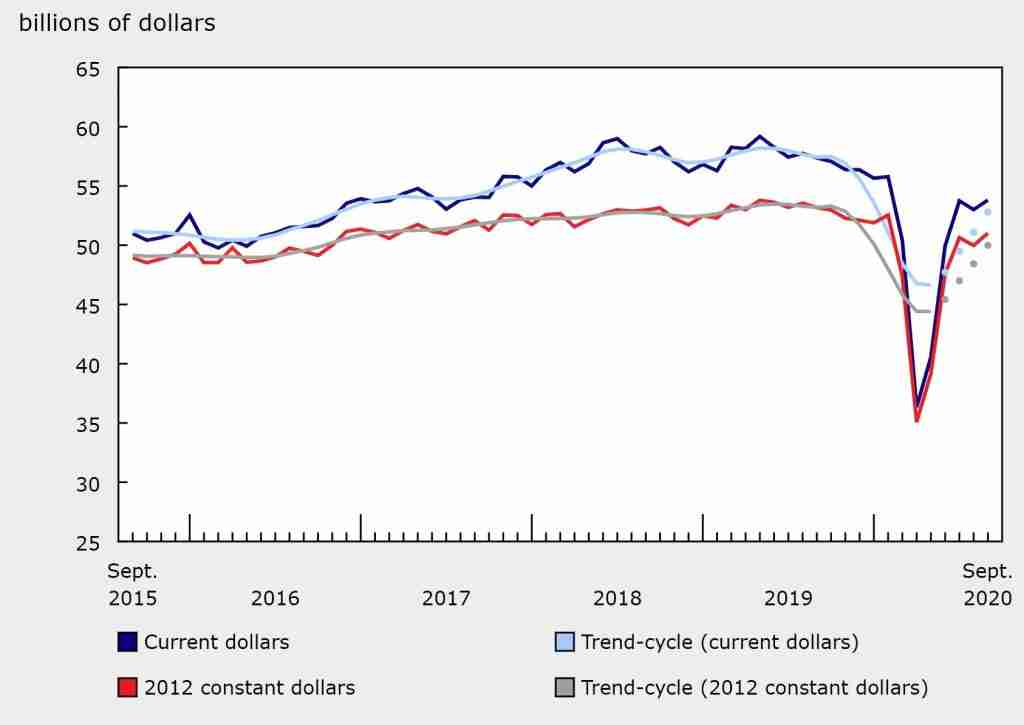 Manufacturing statistics for the month of September 2020.

Ottawa, ON—Manufacturing sales rose 1.5 per cent to $53.8 billion in Sept. after reporting a decrease of 1.4 percent in August, said Statistics Canada. Sales increased in 13 of 21 manufacturing industries led by the wood, chemical and food industries.

Exports of forestry products and building and packaging materials increased 10.4 per cent in Sept., primarily on higher exports of lumber, while the total value of residential permits issued nationally rose 6.9 per cent, suggesting the potential for continued high demand.

Almost every promise posted a gain for Sept., with Alberta reporting the largest, followed by Ontario and New Brunswick. Sales in Alberta continued to rebound from the shutdown due to the pandemic.

Total manufacturing inventories increased 0.7 per cent to $87 billion, the second consecutive monthly gain. The inventory-to-sales ratio edged down from 1.63 in August to 1.62 in Sept. This ratio measure the time, in months, that would be required to exhaust inventories if sales were to remain at their current level.

Employment in the manufacturing sector also rose by 68,000 jobs in September.