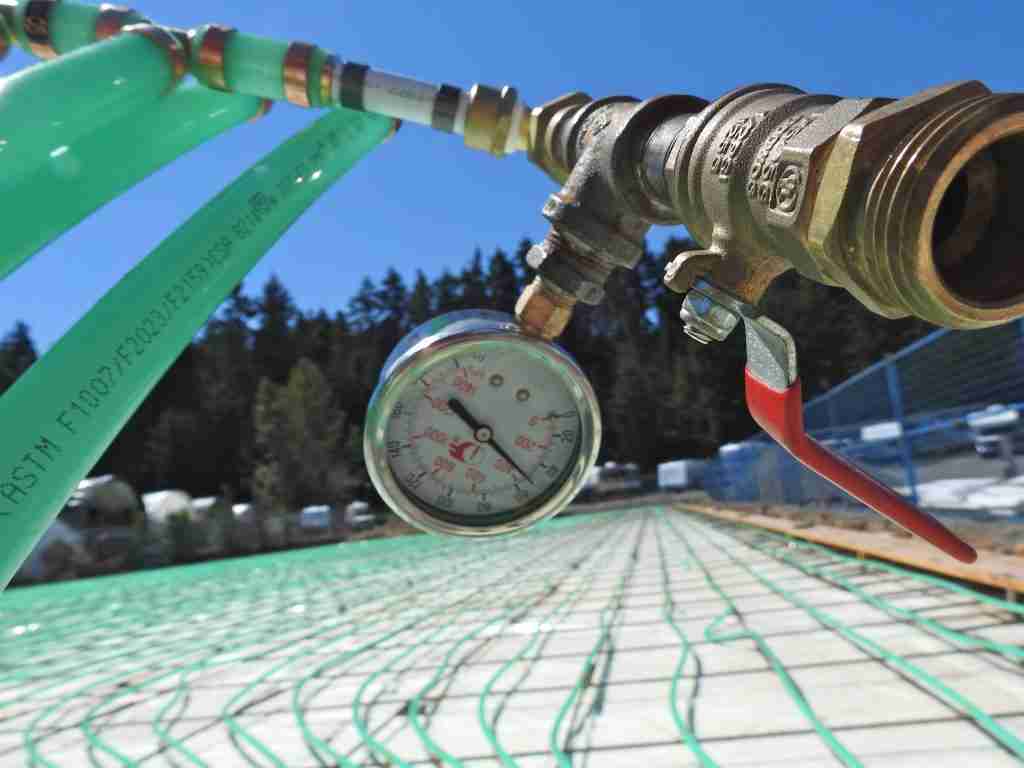 There is a new type of plastic piping that is rapidly being adopted for hydronic heating and potable water applications by contractors across North America. PE-RT – polyethylene of raised temperature – has been used in Europe for about 35 years but only recently has received certification and code approvals in Canada.

Introduced in North America in 2003, it is available in copper tube sizes (CTS) up to six inches. It is similar to PEX, used in many of the same applications and with largely the same fittings. “It’s an easier pipe to work with, it’s compatible with all the fittings used with PEX and it’s at a competitive price point,” said Warren Lowe, president of CB Supplies, Surrey, B.C., the only Canadian manufacturer of PE-RT.

However, it uses a different manufacturing process. “PE-RT is made from a special grade of high-density polyethylene (PE) resin, but it is not actually cross-linked (like PEX),” noted Lance MacNevin, P.Eng., director of engineering – building & construction, for the Plastics Pipe Institute (PPI), Irving, Texas.

Dow Chemical developed the formula for PE-RT resin. CB Supplies started working with Dow about eight years ago to bring PE-RT piping to the Canadian market, reported Lowe. “They modified the formula a couple of times to ensure that it met all the North American standards.”

PE-RT has many of the same advantages as PEX, with pricing typically about the same as PEX-B tubing. “(Compared to PEX), it’s easy to work with, it’s more flexible… When you take it out of a roll and straighten it, it wants to stay straight rather than spring back to its original form. You can manipulate it and it will stay more or less the way you have bent it,” remarked Lowe.

There are two distinct types of PE-RT tubing for hydronic heating and for potable water. “They are not the same product. You can get plumbing PE-RT with a heating rating. You cannot get heating PE-RT with a plumbing rating,” noted Kolyn Marshall, systems engineering manager, Watts Radiant, Springfield, Missouri.

“The reason why it took PE-RT so long to get to Canada was primarily due to the chlorine standards,” remarked Lowe. “The way they were making PE-RT in Europe and other places didn’t meet the requirements.”

In Canada, PE-RT tubing comes under the CSA B137.18 section of the thermoplastic pressure piping compendium, which covers hydronic heating/cooling and potable water applications.

It was introduced for hydronic heating applications first.

“Chlorinated water is a different beast when it comes to PEX and PE-RT,” noted Marshall. “You have to use a PE-RT that is formulated with enhanced anti-oxidants to counter the aging properties of the chlorine and those enhanced agents can impact connection details and flexibility.” 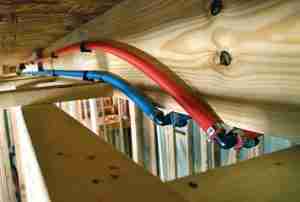 There are two types of PE-RT tubing listed in the U.S. ASTM standards. PE-RT tubing listed under ASTM F2623 is for heating applications. It has a pressure rating of 80 psi at 180F, compared to PEX which is rated for 100 psi at 180F. In hydronic heating, the difference is insignificant, noted Marshall. “We’re dealing with 15 psi systems, so we’re still four or five times better than we need.”

In potable water applications, in the U.S., PE-RT must meet the ASTM F2769 standard. Like PEX, it is rated for 100 psi at 180F. The resin formula is different for potable water tubing; it is denser and the pipe is stiffer, added Marshall. (Watts Radiant offers PE-RT for hydronic heating, but not for potable applications.)

Easy to work with

As noted above, PE-RT is available in the same copper tube SDR 9 dimensions as PEX and uses most of the same fittings and installation tools. “Some of the fittings are going to be manufacturer specific,” noted Marshall. However, all crimp and press fittings used with PEX also work with PE-RT.

Only recently have PE-RT systems been receiving approvals for use with cold expansion joining systems. Most PE-RT piping is compatible with the Rehau ASTM F2080 Everloc system and CB Supplies recently received approval for use with the Uponor ASTM F1960 system.

Manufacturers of cold expansion fittings that spoke with P&HVAC at the recent CIPHEX West show in Calgary were not enthusiastic about the use of their fittings with PE-RT piping. They questioned whether it had been adequately tested.

Marshall feels the objections are primarily a result of the original F1960 manufacturer’s desire to protect their systems and market share. “(They say) you’ve got to use our fittings and our pipe, or you don’t get the warranty. Where as (Watts’) position is that we don’t care whose fittings you use because we come up against installers that have their preferences. We’re not going to carry every preference; no manufacturer can.”

“Some of our competitors try to claim PE-RT is a cheap knock-off of PEX, but that’s not a reality. It’s a better product. It’s a purer product,” said Lowe. “When you are making PEX, there is (Type) A, B and C. It doesn’t mean one is better than the other. It means there are three different methods of how you cure (crosslink) the pipe…

“With PE-RT, it doesn’t require that step, so it does save you one step in the manufacturing process and because of that it is a purer material. You don’t need additives to make it crosslink.” 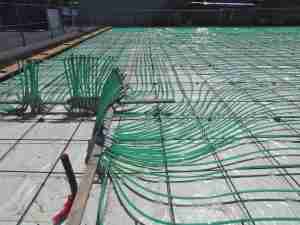 PE-RT for radiant heating tends to hold its shape when rolled out from the coil, say manufacturers.

PE-RT can also be heat-fused, but that requires special equipment and isn’t common in North America. “Unless you have that heat fusion equipment, it probably doesn’t make sense if you can just use the same fittings and tools that you have been using with PEX,” said MacNevin. However, noted Marshall, heat fusion is being looked at for geothermal applications.

PE-RT piping is also recyclable; leftover scraps can go in the blue bin – a key consideration on a LEED project.

Canada has lagged behind the U.S. in approving PE-RT for use in plumbing and hydronic systems. The code process in this country takes a considerable length of time. PE-RT piping will be in the 2020 National Plumbing Code, which must then be approved by each province.

“Manufacturers have been going on a province by province basis, submitting their certifications and their compliance with the CSA standard and then the provinces will typically say: ‘Yes, we will accept this product as being compliant with our version of the National Building Code,” said MacNevin.

At this point, PE-RT is approved for all potable water and hydronic applications in most jurisdictions in Canada. There are certain exceptions in Quebec and British Columbia.

Most provinces have a process for approving new building materials. In Ontario, for example, CB Supplies received Building Materials Evaluation Committee (BMEC) approval from the province and PE-RT sales took off, reported Lowe.

“Most inspectors don’t see an issue with it, but there are certain provinces, like Quebec, where they’ve dug their heels in and basically said: ‘We’re not going to allow this until the 2020 code is published.’”

Contractors are rapidly adopting PE-RT. “We’ve almost completely phased PEX out of the Ontario market,” said Lowe, adding that PE-RT now accounts for over 90 percent of their sales.