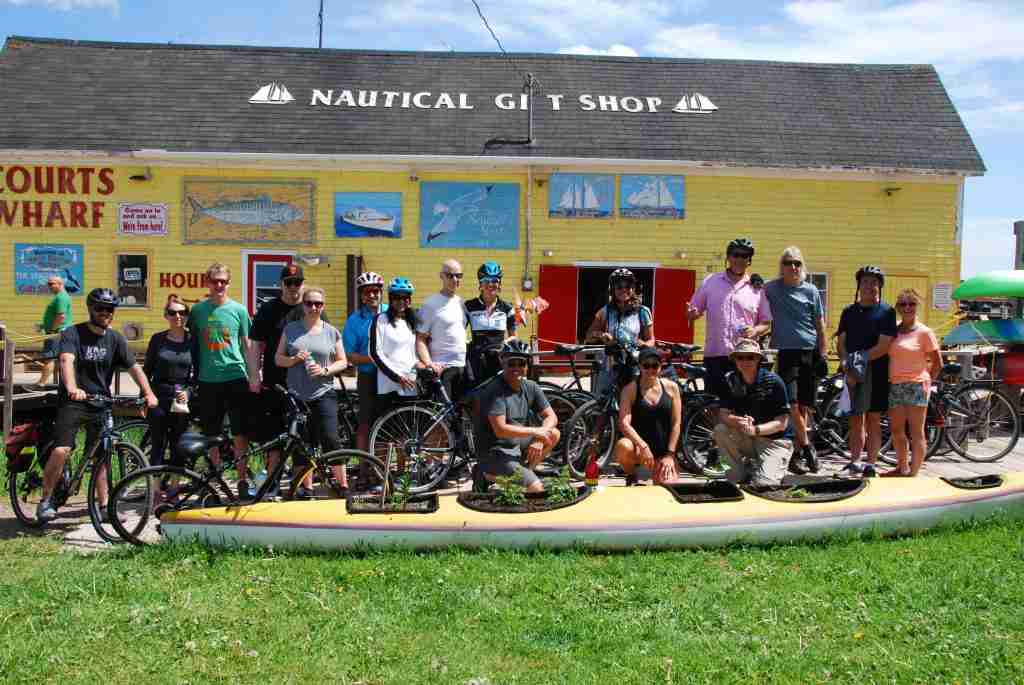 This year, 280 delegates and companions – including 42 first-time attendees – heard several speakers and participated in a number of activities.

Attendees laughed along with the newly elected P.E.I. premier Dennis King who drew upon his previous career as a comedian in a hilarious breakfast speech which saw P.E.I. as the butt of many jokes. King told the group that in P.E.I. there is a saying amongst its citizens – “we really love to see the tourists come. And we really like to see them go.”

As part of the first business session, Dr. Alan Beaulieu, president and principal of ITR Economics, provided an economic report for the attendees. After explaining to the group that the Canadian GDP appears to be slowing down, he said people shouldn’t be too upset with how the future looks because: “I have even more info that will bum you out more.”

Beaulieu did say that the industry appears to be in good shape looking at the future and that “you don’t need to be afraid of the market”. The U.S./Canada exchange rate not expected to change significantly.

He did note some changes in the market as millennials seem to be skipping wholesalers and going straight to the manufacturers. King notes that distributors are going to have to change if this trend continues.

Canada has some good news in terms of the expected GDP slowing down – our system allows us to weather the storm better, reports King. However, he advised the younger people in attendance that it might be a good idea to avoid having children, which earned laughter from the crowd.

By the time 2030 comes around, he expects a new type of technology will take over. What would that be? He doesn’t know, yet.

The presentations for the remainder of the conference were more lighthearted.

Michel Falcon, an entrepreneur, advisor and international keynote speaker about customer experience and employee engagement strategies, spoke to the crowd about his “people-first culture.” He looked at how employers and business owners can create an experience that their customers and employees have never seen before.

His philosophy can be summarized in three points:

In terms of employee engagement, Falcon presented attendees with his $20 experience exercise. The exercise involves employers asking potential hires during the interview “what indulgence can you not live without that costs less than $20.” Members of the audience were chosen to answer, suggesting things such as coffee, diet Pepsi, and a hot shower.

If any of these people were new hires, on their first day on the job, the employer would give the new employee something related to their answer. For example, he would give the new hire a Starbucks coffee, diet Pepsi, and their favourite soap. The idea of this exercise is to create a unique experience for the employee that they have not received elsewhere and to differentiate from other companies, explains Falcon. But just don’t buy your customers or employees diapers, he warns; the key is in indulgence.

Things took a more motivational turn on the second day of the conference. P.E.I native and two-time Olympic gold medalist at the Vancouver and Sochi games, Heather Moyse, spoke about how to overcome excuses. She explained that as an Olympic athlete she dealt with internal excuses daily. But by focusing on her perspective of the challenge, she was able to set those excuses aside. Which in turn causes no regrets.

The final presentation of the conference was by Dr. Nick Bontis, a business professor at McMaster University and director of the Institute for Intellectual Capital Research. His presentation was entitled “Get Connected Business in a Digital Era,” and looked at how business owners should customize the way they talk to their customers. Similar to how Falcon had previously explored how to differentiate their business from their competitors, Bontis highlighted the idea of “what can you do that no one else can.”

During the conference, Andy Collier, energy programs coordinator for Efficiency PEI, spoke at the annual Canadian Hydronics Council Hydronics Luncheon. He spoke about the different heating trends in P.E.I, which has seen an increase in electric heating.

In combination with the various speeches, mixed in throughout the conference, delegates and companions were able to participate in sea kayaking, deep-sea fishing, lighthouse and winery tours, a cycle tour, and plenty of opportunities to golf. The weather was perfect.

Andrew Dyck, vice president of sales for Barclay Sales, was elected CIPH’s 72nd chairman of the board. He began his career in 1987 in inside sales with Honeywell Ltd. He then joined ECR International in 2001 as a territory manager for B.C. He served twice as CIPH B.C. Region chairman.

Dyck’s goals for the coming year include to continue round table discussions between manufacturers, wholesalers and agents to find better ways to work together, to find meaningful ways to connect with agents across the country to ensure they engage in their respective CIPH regions, to integrate previous and current long-range plans and, perhaps above all, to share the significance of the industry with Canadians.

“We know that the work we do is essential to the quality of life all Canadians expect… It’s time to start telling Canadians that the role CIPH and its members play is paramount to our country. A marketing initiative would be a great place to start,” he added.