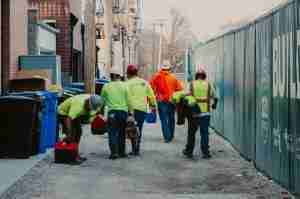 Federal prompt payment legislation became law when it received royal assent on June 21, marking a huge win for the National Trade Contractors Coalition of Canada (NTCCC) that has been fighting the battle for more than a dozen years. Julie Payette, governor general of Canada, gave the royal assent to bill C-97, the Budget Implementation Act, which contained The Prompt Payment for Construction Work Act.

A timeline for implementation is still being worked out as the regulations are drafted, which could take upwards of a year, said Sandra Skivsky, chair of NTCCC.

The legislation will reflect what is currently in Bill 142 in Ontario. A payment timeline will be instilled, which will require general contractors to be paid within 28 days. The general then has seven days to pay trade contractors, for a total of a 35-day payment period. If payment isn’t made within the required time, the dispute can be referred to adjudication.

Public Services and Procurement Canada (PSPC) has reached out already about the adjudication function and is looking for feedback, reported Skivsky.

There are some differences between the federal legislation and Ontario legislation. In Ontario, once prompt payment has been proclaimed Oct. 1, it will only affect those contracts that been started after that date. At the federal level, it will include existing contracts under the authority one year after it comes into force, explains Skivsky. Even during the duration of a contract, a payment regime could change.

Skivsky explains that “in government bills, there are clauses within the bill, but the implementation and details of how that might arise is usually done by regulations. It’s the process of creating a legislative framework.” Since the regulations aren’t drafted yet – there is still probably a year of work still to do. After that, there is expected to be a transitional period.

There is some good news for those that may be concerned because of the upcoming federal election this fall.

“As far as the election goes, this is the type of bill and legislation that crosses parties. It had support from all parties of government. Just in Ontario, we had an election midway through before everything got done and the Conservative government in Ontario has been very supportive moving the bill forward here and I would anticipate the same process would happen federally depending on whatever the outcome of the election may be,” shared Skivsky.

The NTCCC has been working on prompt payment for more than 12-years. “When we first started talking about this, nobody even thought this was an issue to consider. To achieve this is a great tribute to the relentlessness to the trade contracting organizations involved,” said Skivsky. “There is still some work that needs to get done. It has been such a long haul. Until we have a proclamation date, that’s the moment it will all feel very real to us.”

Mechanical industry organizations involved in the NTCCC include the Mechanical Contractors Association of Canada (MCAC) and the contractor’s division of the Heating, Refrigeration and Air Conditioning Institute of Canada (HRAI).