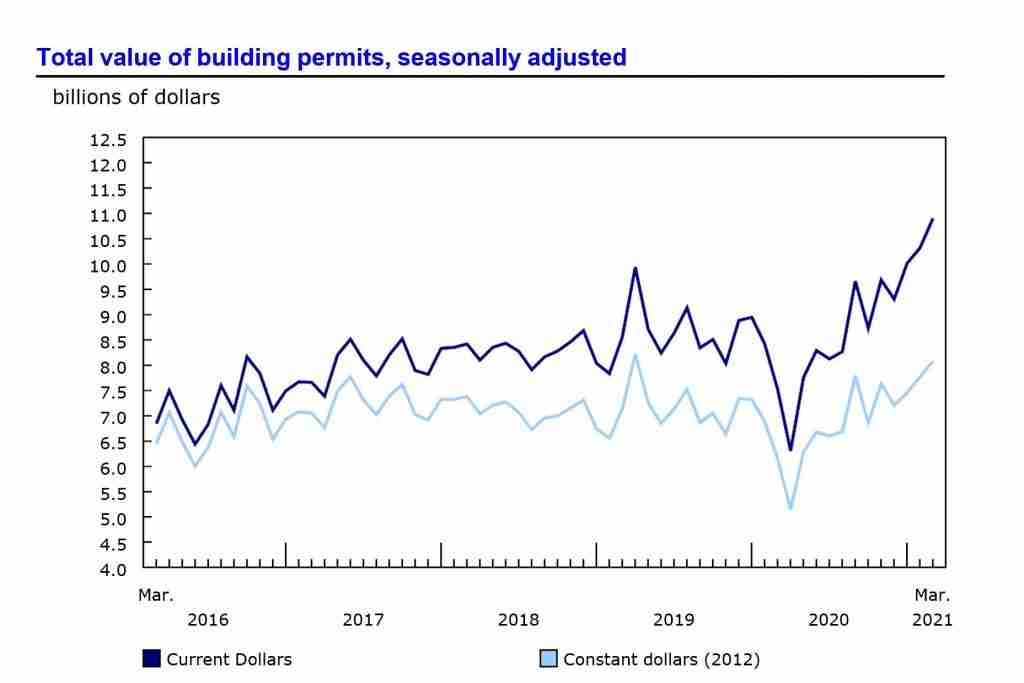 In the residential sector, the amount of building permits increased 15.9 per cent, surpassing the $8 billion mark for the first time in March. Multi-family dwellings jumped 24.5 per cent compared to the previous month. This gain of $4.3 billion was largely due to permits issued for residential towers in Toronto, Burlington, Ont., and Vaughan, Ont.

Single-family homes reached new heights, increasing 7.6 per cent to $3.8 billion. The census metropolitan area of Oshawa was responsible for just over one-third of this growth.

Following a month where several major permits were issued for care facilities, institutional permits fell 33.5 per cent to $732.1 million. Eight provinces posted declines in this component with Quebec recording the more significant drop of 54.5 per cent.

Commercial permits decreased 14.6 per cent to $1.5 billion, which is about 25 per cent lower than the average monthly value reported in 2019. After declining slightly in the first two months of 2020, commercial permits took a large hit at the start of the pandemic.

Industrial permits rose 16.4 per cent to $650.5 million. Several major permits were issued, including a new relay control centre for railroads in Montréal, Que., and the Rutherford Station of the GO Transit system in Vaughan, Ont. Overall, the non-residential sector fell 15.6 per cent to $2.8 billion.