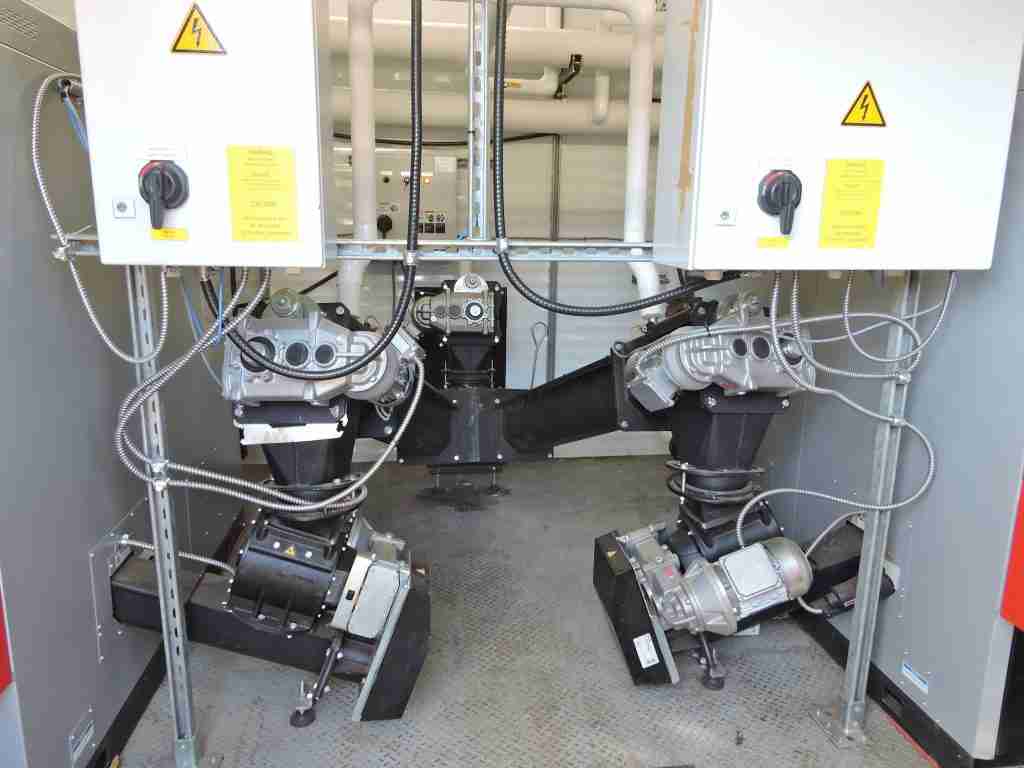 The jury is still out on biomass, but in remote areas, with ample wood supplies, they work well. This heating plant is part of a district energy system for a small village near Williams Lake, B.C.

Renewable energy sources are starting to make a significant contribution to the world’s energy mix, while at the same time fossil fuels are falling out of favour due to pollution, climate change, high costs, and energy security reasons. How fast the transition to renewables takes place, the extent of the change, and what effect it will have on the growth of hydronics remains to be seen.

We currently convert solar energy to heat, electricity, and biomass. Earth’s thermal energy is drawn out from geothermal sources (hot springs and the like) or through geo-exchange equipment (heat pumps primarily). Combinations of solar, earth and gravity provide hydro, wind and tidal power.

The industry needs to seriously study renewable trends and develop the technology and equipment necessary to be able to utilize these energy sources in hot water heating systems. There are already some promising technologies in use, some of them actually going back hundreds of years, and some of them still experimental. Forward-thinking companies have aggressive research and development programs and are introducing new ideas, but more needs to be done by traditional players.

The most strident objection to many ideas is the extra cost. There are, however, some pleasant surprises in store as these technologies are developed. Already, we are seeing grid-scale solar photovoltaic facilities with megawatt battery storage capacity being built to supply electricity to microgrids and large power interconnects at per kilowatt prices significantly below the price of facilities burning fossil fuels. The economy of scale is starting to make a huge difference and predicting the future based on current cost factors is a Mug’s game right now.

“Trying to predict the future is a discouraging and hazardous occupation.” – Arthur C Clarke

Aware of the quote above, I will stick primarily with what is going on right now. Geothermal is likely the renewable energy source first used by humankind. I know of a few hydronic heating systems here in Western Canada using heated water from natural hot spring sources. They are simple and reliable, but there can be issues with seasonal flows and water temperatures. 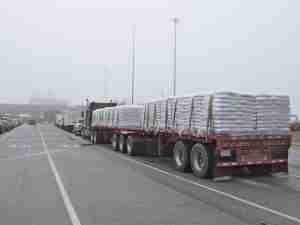 If wood has to be trucked a long distance, biomass doesn’t make much sense. This truck carrying wood pellets is waiting for the ferry over to Nanaimo, B.C.

Other than the heat source, these systems are designed like most other hydronic systems. Unfortunately, these sources are in very limited geographic locations and we aren’t likely to find too many new ones. Some exploratory investigation of deep well drilling holds promise for drawing heat directly from the Earth – a work in progress.

Solar thermal-based hydronic heating systems have also been with us for a long time. The technology is relatively simple and mature and most well-versed hydronics contractors can integrate solar thermal into their designs easily. Their popularity waxes and wanes in concert with the price of other energy sources, and I expect to see a resurgence in their popularity in the not too distant future, especially for DHW.

Geo-exchange systems (not to be confused with geothermal, above), are in a whole different league – and electricity is needed to make them go. Fortunately, the production of electricity from renewable sources is growing exponentially along with that other critical piece of the renewables puzzle – effective and affordable energy storage.

It is not beyond the realm of possibility that we will be able to harvest almost all of our energy from the sun (wind and hydropower are solar driven) in less than 50 years, using a combination of solar to thermal and solar to electrical energy conversion. Moving that solar energy to heat a water source and supply a hydronic heating system is already being done in a number of ways with more ideas coming fast and furious. Here are some of the most promising ones.

The use of heat pumps is rising as the technology becomes more sophisticated and reliable. Air, water, and earth are all used as a low-grade heat source, and then upgraded by the heat pump compressive refrigeration cycle. The higher temperatures are then used to heat water for your favourite hydronic applications. If you make or sell heat exchangers, you have a bright future. Manufacturers are building direct solar thermal heat operated heat pumps using absorption technology to heat water and make ice at the same time, but scaling these devices down is a long play for now – it is promising.

Hydrogen as energy storage from solar electric is likely to become a biggie but transporting it and converting it to heat is problematic. The Brits have already ramped-up some pilot projects, so time will tell. Hydrogen gas burners are difficult to build because the wide flammability limits (four to 75 percent for H2 versus four to 14 percent for CH4) and the very brisk flame speed (10.66 fps) guarantees pre-ignition flashback issues. As a result, modulating burners will be extremely difficult to control safely.

Fuel cells, however, are a different matter. Experimentation with fuel cell CHP (combined heat and power) units are underway all over the world including Canada. This technology holds great promise for the future of hydronics because you can generate your own electricity and use waste heat from the fuel cell to heat your DHW and living space, with the only emissions being pure water.

I have left biomass for last in this article because many people are of two minds about it. When the biomass fuel comes from a waste stream like sawmill scrap, methane from landfill, or digester gas from a sewage treatment plant – it seems like a no-brainer. Living on a 50-acre bush lot and harvesting deadfall for a wood boiler also makes sense. 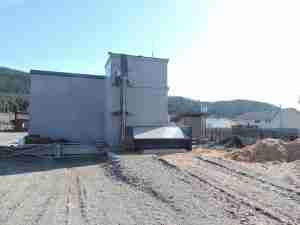 But cutting down trees to chop up and burn for heat is doing nothing to reduce carbon emissions and can contribute to extremely poor air quality if used in urban settings. Many environmentalists have now backed-off from their once enthusiastic support for biomass for these and other reasons.

On the other hand – properly designed and maintained clean-burning wood-fired boilers are a great choice in many locations where there are ample local fuel supply and sufficient breathing space between neighbours. Needing to transport solid fuel from distant locations by truck is not such a great idea. I have seen a number of really good wood boiler installations over the years and can only suggest that you get expert advice and consider every cost and environmental factor before you jump in.

As we look to the immediate future, most of the technology developed so far is a good match for lower temperature hydronic systems. If your designs use condensing boilers now, they most likely can easily transition over to these other heat sources with minimal modification. No one can predict how fast the market will move to using renewable energy – it is likely to take until mid-century or beyond, so don’t let your gas fitter certification expire quite yet.

Converting to condensing, gas heating equipment will still be the most practical way of reducing GHG emissions for the near future. Smaller residential loads will favour the continued deployment and refining of combo DHW and space heating systems.

Distributed and metered multi-unit hydronic systems may become a more popular option as loads continue to decrease. Another reason to move to distributed hydronics is that much of the increasingly sophisticated heat production equipment discussed above will be expensive and costly to maintain. It will work best in larger scale heating plants.

Much of this stuff is developing very quickly and I am pleased to see that a large part of the hydronics community is really keen to keep up to date with what is going on. There are many developments we don’t even know about that are getting ready to surface, so keep tuning in. I believe things are going to get really interesting very soon.