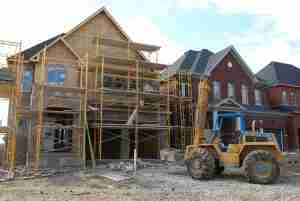 Residential construction remained the top contributor for “underground economic” activity in 2018. Canada reached $61.2 billion, or 2.7 per cent of total GDP.

The underground economy consists of market-based economic activities, whether legal or illegal, that escape measurement because of their hidden, illegal or informal nature. In this study, Statistics Canada excluded certain illegal activities, such as those related to drugs (except cannabis) and prostitution.

The data published in the study pre-dates the COVID-19 pandemic and will provide an important benchmark to measure the full effect of the pandemic on the Canadian economy, reports Stats Canada.

The total value of underground economic activity in 2018 was highest in the four largest economies: Ontario ($22.8 billion), Quebec ($14.2 billion), British Columbia ($10.8 billion) and Alberta ($6.2 billion). These four economies accounted for 88.4 per cent of total underground economy, while the total GDP created by these four provinces accounted for 87.1 per cent of total economy.