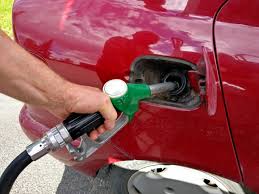 Under the Climate Action Incentive Fund (CAIF), businesses in the provinces affected by the federal carbon tax can apply for refunds of between 25 and 50 per cent on the cost of new energy-saving equipment such as appliances, which could include fridges, dishwashers, heating and cooling equipment, anti-idling devices, and high efficiency boilers. The carbon tax was introduced in Saskatchewan, Manitoba, Ontario, and New Brunswick in October. The Alberta government repealed its carbon pricing legislation on June 4.

The federal government responded by adding Alberta to the other four provinces in which residents face the federal carbon tax on gasoline and heating fuel. “As a result of Alberta’s decision to make it free to pollute in Alberta, we will have the federal price on pollution,” said McKenna.

Businesses can also apply for funding up to 25 per cent of eligible costs for energy-efficient retrofits and other projects to improve energy efficiency. More details about the program are expected to be released in the next few weeks.

It is expected that the rebates will be limited to a maximum amount of $20,000 per applicant, with no minimum, reports the Heating, Refrigeration, and Air Conditioning Institute of Canada (HRAI).

Too little, too late

The rebates are too little too late, says the Canadian Federation of Canadian Independent Business (CFIB). “We’re entering month three of the carbon tax and the government is just now announcing details of only one stream of the rebate program they promised to small businesses,” said CFIB president Dan Kelly. “(Businesses) are now in the position of having to spend even more money just to get a fraction of their carbon taxes back. This is simply too little, too late for small firms. Nothing short of a full rebate equal to the amount they will spend in carbon taxes would be satisfactory.”

Additionally, the federal government will soon call for proposals for smaller projects from small and medium-sized businesses across the country under the Low Carbon Economy Fund Partnerships stream. This will account for Caround $10 million to help businesses make investments to improve energy efficiency. This program is geared to projects between $20,000 and $250,000.

Small and medium-sized businesses in all sectors and in all provinces and territories will be eligible to apply for funding. Applications will start to be accepted within the coming weeks.

“Many small businesses want to take action on climate change, but the carbon tax is putting them further behind,” said Kelly. “In fact, 71 per cent have told us that the carbon tax makes it harder for them to make further investments to reduce their emissions.

“For the project funding program, small businesses must put up a minimum investment of $80,000 and go through a team of bureaucrats and additional red tape just to qualify. And there are still no details on the rebate program, which we anticipate could quickly run out of money, leaving small firms with an even bigger bill to pay.”

The federal government maintains that proceeds from carbon taxes will be returned to the provinces in which they are collected. For Manitoba, Saskatchewan, Ontario, and New Brunswick, 90 per cent of proceeds from the carbon tax will return directly to individuals and households through the Climate Action Incentive payments filed with tax returns. The remaining 10 per cent is “earmarked to be deployed to support small and medium-sized businesses, municipalities, universities, colleges, schools, hospitals, not-for-profit organizations and Indigenous peoples through the Climate Action Incentive Plan,” reports HRAI.

HRAI is in discussions with the minister’s office on how to better represent the industry as these HVAC/R initiatives go forward.