With this outdoor condenser, the exhaust fan installed in close proximity. If this is exhausting warm or greasy air, it could have a negative effect on the condenser operation that should have been considered during sizing and selection.

For remote units, you must size the condenser as well as condensing/compressor unit

In the last issue, we discussed choosing an appropriate outdoor design ambient temperature condition for outdoor condensing units. We focused on manufactured condensing units that included the condenser and compressor. For remote units, the choice is more complicated because you must size the condenser as well as the remote condensing/compressor unit. You must choose the design condensing temperature in addition to the design ambient temperature. (See Table 1 and Figure 1.) You may also recall that I mentioned you can find out approximately what the manufacturer used as a Saturated Condensing Temperature (SCT) by looking up the compressor info. When I did that for this particular unit, I discovered the condenser has a design TD (the difference between the SCT and the ambient air) of approximately 15F. 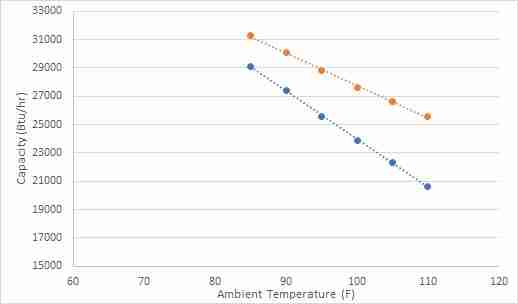 From a sizing perspective, indoor units are almost identical to the outdoor units we have been talking about. However, we must consider how the air around the condensing unit is being cooled, in order to choose the design ambient temperature and there is some judgement required. When we place condensing units inside, all of the heat that is rejected from them ends up in the indoor space. The total amount of the heat rejected is equal to the electrical energy input into the compressor and condenser fans and all the heat removed from the space we are refrigerating. Figure 2 shows the split between the heat moved from the refrigerated space and the electrical energy it took to do it for the unit above. It may be interesting to note that as the space warms up, less heat is rejected while the unit is running even though more electricity is being consumed and this is because the system is operating less efficiently and doing less refrigeration. This may be somewhat misleading as we will discuss below. The ratio between the total heat rejected and the refrigeration effect ranges from 1.25 to 1.6. You may have learned a “rule of thumb” of about 1.3-1.4 to calculate heat of rejection for medium temperature refrigeration systems; in many cases, this is relatively accurate. Although as with all “rules of thumbs,” you need to use caution. 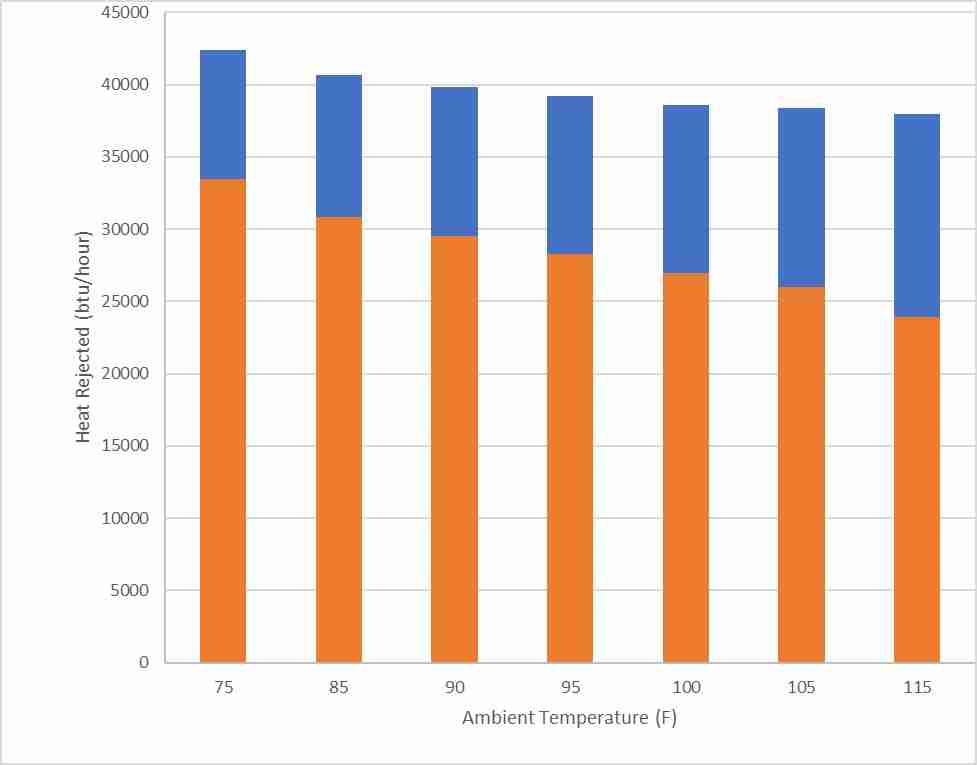 Figure 2: Heat rejected from a condensing unit at 20F SST as a function of ambient temperature. The blue is the electrical input and the orange is the refrigeration effect.

When in operation, the unit we are discussing is rejecting approximately 40,000 Btu/hour into the space. This is 3.3 tons of heat that need to go somewhere or else the space the condensing unit is in will heat up.

If you work in commercial refrigeration, there is almost no chance you haven’t seen several condensing units installed in places with no cooling, poor air circulation and that run very hot.

It is common in restaurants on top of walk-in boxes, older grocery store mechanical rooms and in many other places. If you work in commercial refrigeration, there is almost no chance you haven’t seen several condensing units installed in places with no cooling, poor air circulation and that run very hot.

The challenge with this type of installation can be understood by examining Figures 1 and 2. In both, you can see that as ambient temperature increases, the cooling capacity decreases. If you designed this condensing unit thinking it would be operating at 95F ambient—a fairly conservative bet on top of a walk-in box in a well ventilated and air-conditioned area—and instead it was operating in a 110F ambient, it would have about 13 per cent less refrigeration capacity. This means that if the system normally had to run 40 minutes out of every hour to keep the space cold, it now must run 45 minutes.

Doing a bit of math with this information shows that in the warmer ambient temperature, it actually rejects 10 per cent more heat to do the same amount of refrigeration. This demonstrates why somewhat of cascade effect is most often observed when condensing units are installed in spaces that are not ventilated properly: The warmer it gets, the more heat it rejects.

One of the most common methods for controlling the ambient temperature around indoor condensing units is to use ventilation air. A simplistic schematic of this method applied to our condensing unit is shown in Figure 3. 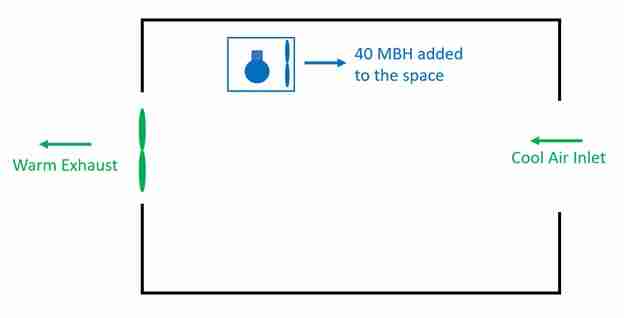 Figure 3: A schematic representing the use of ventilation air to cool the space where a condensing unit is located.

One of the methods you can use to determine the amount of ventilation required is fairly simple. First, you need to know the temperature of the air inlet. In some buildings, this could be air conditioned to 75F. In almost all buildings there is a certain amount of outdoor air ventilation required for human comfort; it is possible to balance that system with the exhaust required in space cooling the condensing units so that there isn’t a significant energy penalty on the building AC for cooling the condensing units. However, in a lot of cases, this type of ventilation is done with outdoor air.

Once you know the temperature of the air available for cooling (if it is outdoor air, see the previous article to help determine what temperature to use), the next step is to determine how much warmer than the ventilation air the condensing unit will be designed to operate; it is this temperature difference that will allow us to calculate the required air flow. The formula to use is:

Obviously, the physical layout of the room and ductwork plays a role and the formula above assumes that the air mixes perfectly. While this isn’t a good assumption if the air can easily bypass the specific location where the condensing unit is located, it works well if you make sure the air is flowing through the room. There are many factors to consider when choosing the design ambient conditions for condensers and condensing units and it’s not always as easy as always choosing 95F. Consideration should be given to extreme ambient conditions, ventilation requirements, fouling and the flexibility of the system capacity itself.